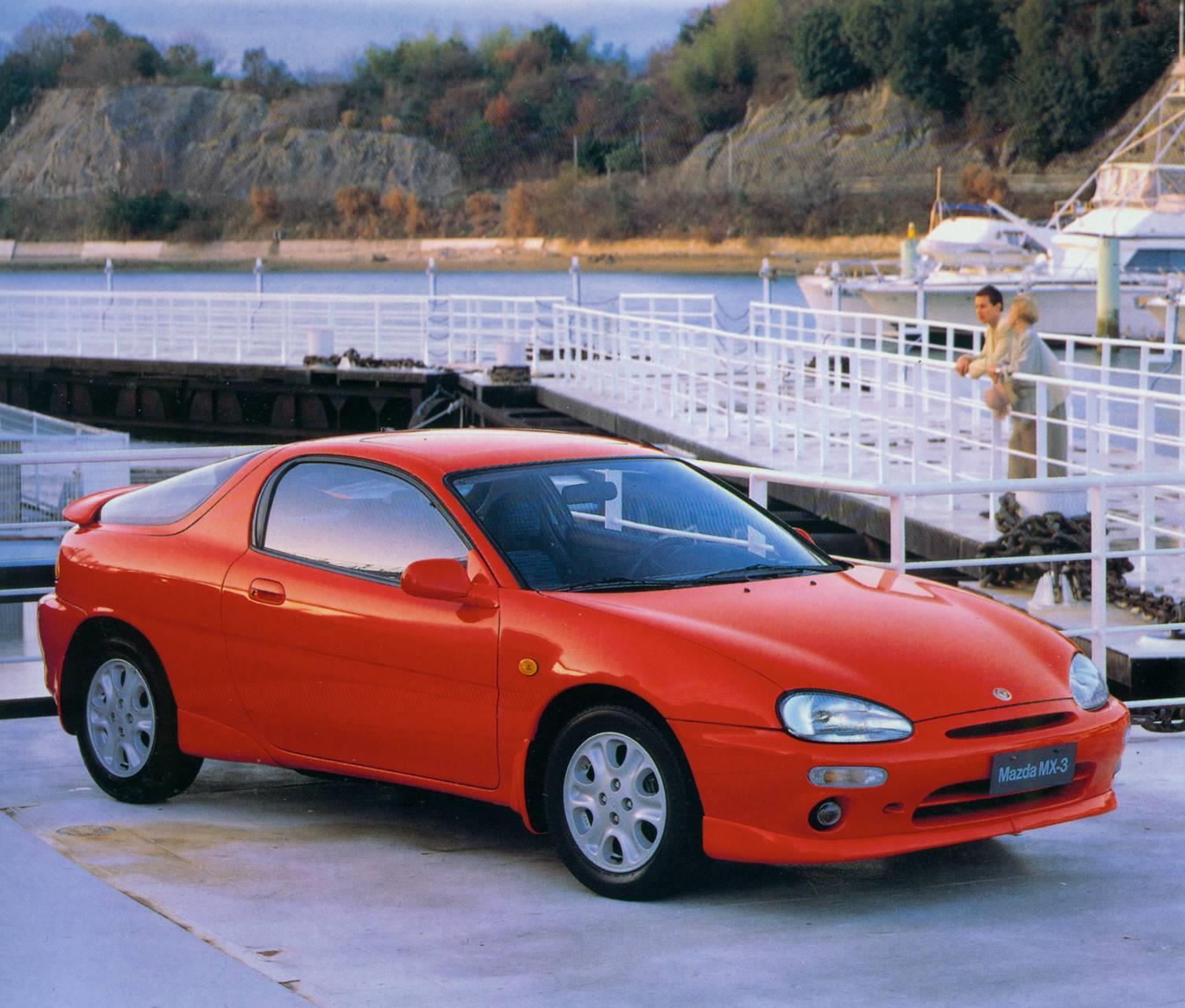 Mazda introduced the MX-3 four-seat coupe at the Geneva Auto Show in March of 1991. Production lasted from 1992 through 1998, going on sale in the North American market in September 1991 as a 1992 model. Power was originally sourced from a single-cam 1.6-liter inline-four or the twin-cam V6. In January of 1994, a DOHC version of the 1.6-liter B6 engine was offered, increasing power while increasing the cost of the small hatchback. The MX-3 used a proprietary Twin-Trapezoidal Link (TTL) suspension setup which has been used on several other Mazda models. The 1.8-liter V6 engine was the world's smallest production engine. In the United States, the early Mazda MX-3 versions sold for approximately $13,600. The GS versions came with a 2.5 liter V6 which delivered nearly 170 horsepower. Other improvements included a front and rear spoiler, disc brakes, dual-tip exhaust, and a tighter steering ratio. The Mazda MX-3 RS versions had a four-cylinder engine of various states of tune, delivering 132 HP for the BP, 147 hp for the B6-T, 179 hp for the BP-T, and just over 200 horsepower for the BPD-T versions.
As described by Mazda, 'the Mazda MX-3 was a four-seat coupe hatchback that disregarded the convention for normal hatchbacks to offer buyers something far more stylish and sportier, while it further earnt its MX badge by being available with the world's smallest mass-produced V6 engine. '
By Daniel Vaughan | May 2020

The Mazda MX-3 was produced from 1991 through 1998 and built atop the EC platform. The car had a sports compact, three-door hatchback configuration with seating for four. Engine options throughout the years include a four-cylinder unit that displaced 1.6-liters and a 1.8-liter V6 which produced 135 horsepower. The four-cylinder SOHC engines produced just under 90 horsepower and used in 1992 and 1993.....
Continue Reading >> 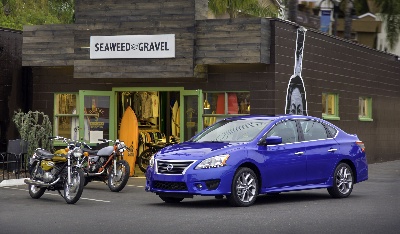 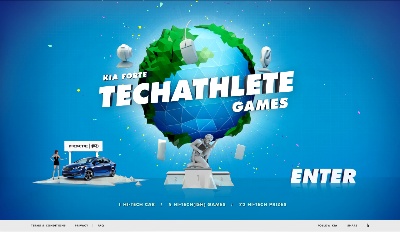 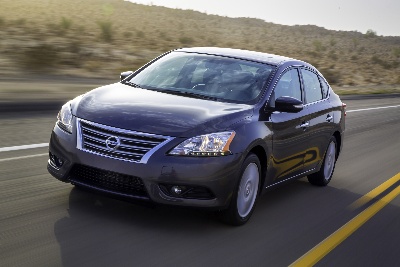 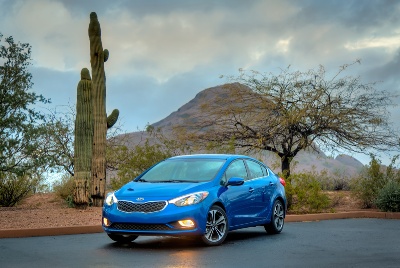 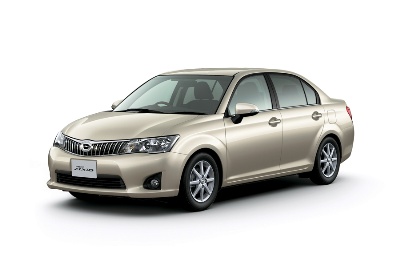 Toyota Motor Corporation (TMC) announces the launch in Japan today of the redesigned Corolla Axio sedan and Corolla Fielder*1 station wagon. The vehicles will be sold across Japan through Toyota Corolla dealers. Since its debut in 1966, the...
© 1998-2021. All rights reserved. The material may not be published, broadcast, rewritten, or redistributed.