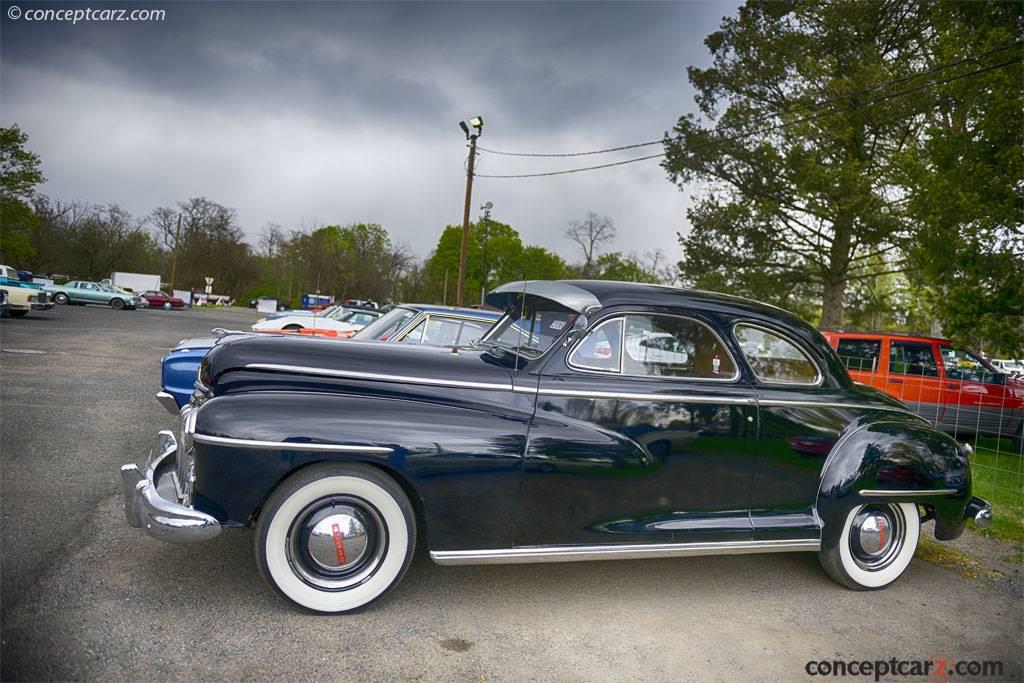 Nearly every automobile manufacturer that returned to production followed World War II did so with a mildly updated version of their pre-War product. This was true for Dodge and other Chrysler cars. All-new post-war products would not arrive until 1949.

The immediate post-war Dodge product included the Deluxe and Custom series, with the Deluxe offered as a two- and four-door sedan, and a coupe. The Custom was offered as a 6- and 7-passenger sedan, a town sedan, club coupe, and convertible. Both rested on a 119.5-inch wheelbase platform except for the seven-passenger sedan which used a 137.5-inch platform. The 7-passenger sedan measured 222.5-inches in length and the others measured 204.5-inches. Power was from an L-head inline-6 cylinder engine with a 230 cubic-inch displacement, four main bearings, solid valve lifters, a Stromberg single-barrel carburetor, and delivering 102 horsepower. The three-speed manual transmission was standard with the Fluid-Drive optional.

The Deluxe was the entry-level model and the Custom was the better equipped and more expensive version, with dual electric windshield wipers, a chrome bead around the outside window, a slightly nicer interior, and air foam front seat cushions.

This 1947 Dodge Deluxe Coupe is mostly original and is equipped with a six-cylinder engine backed by a three-speed Fluid-Drive transmission. Currently, there are 48,000 miles listed on the odometer.....[continue reading]