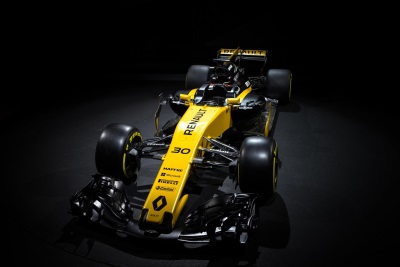 Foreword from Renault Sport Racing Managing Director, Cyril Abiteboul We head to Spain for the first European race of the season with the target of continuing to score points. Barcelona is an event where we often see many upgrades to the cars and we have some new parts ourselves. We've had a solid run of points in the past two races and we want to continue that. Spain is a strong market for Formula 1 and for Renault. We produce very many cars, engines and gearboxes in Spain so we have a good amount of local support, as well as the team having a Spanish sponsor in MAPFRE. We also have the exciting young driver talent of Marta García who comes from nearby Valencia and is one of our six of our Renault Sport Academy drivers in 2017. At Barcelona, we will see Sergey Sirotkin in the car again for FP1, although this time we are hoping he gets far more laps under his belt, following an unfortunate gearbox issue for him in Sochi. We are always looking to the future with our young drivers and will also see RSA member Jack Aitken start his GP3 Series season this weekend. Russia saw a good race for Nico where he was able to maximise our race strategy and showcase that our latest updates brought a step forward in race pace. For Jolyon, it's been a tough start to the season; if there's been an issue affecting the car, you can almost guarantee it happens his side of the garage. This is something we are responding to by ensuring each and every reliability issue that impacts upon performance is addressed and so much work occurs in this regard away from the track at Enstone and Viry. We know that Jolyon has deep reserves and can bounce back well. We saw last year how he came on strong in the second half of the season so we're working hard to give him the car in which he can deliver. On both the chassis and power unit side, we have shown a good step forward in performance so we need to ensure we can harness this reliably at every opportunity. On the chassis side, we are free to introduce any upgrades at every race; on the power unit side we have work to the regulation constraints however the power unit performance will continue to improve through the season. The 2017 season has certainly captured the imagination of the public and we are right in a very exciting midfield fight with some very determined opponents. This gives us all good motivation to take the fight to these rivals and we can't wait to hit the track in Spain. Trending News
Photo credit: Renault
posted on conceptcarz.com
Loading...
Loading...
Loading...
Loading...
Loading...
Loading...
Loading...