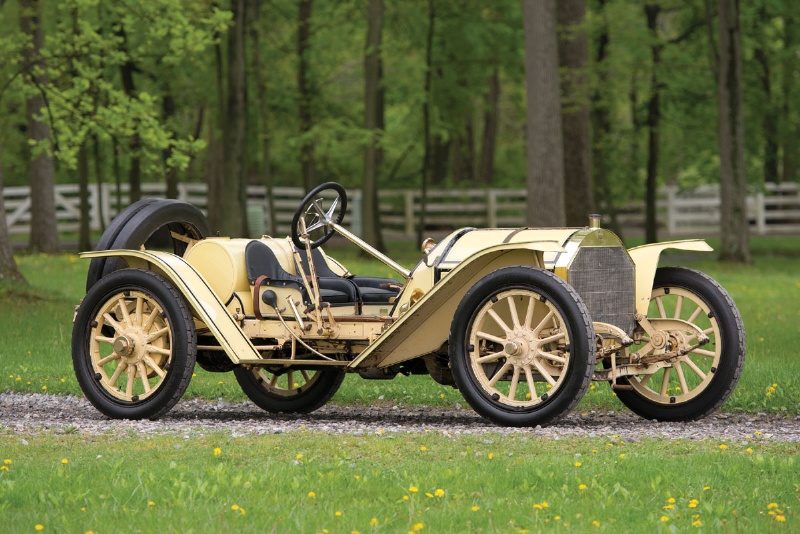 June 3, 2014 by RM Auctions
• RM Auctions secures one of the 'Great Mercers,' the 'Austie' Clark 1911 Mercer Type 35R Raceabout, for its flagship Monterey sale, August 15–16 in California • Boasting an outstanding provenance, the Mercer is offered fresh to the market following single-family ownership since 1949
• Additional recent highlights for RM's Monterey sale include a selection of 18 vehicles from the former Bob Pond Collection
• Frequently updated list of entries available online at www.rmauctions.com 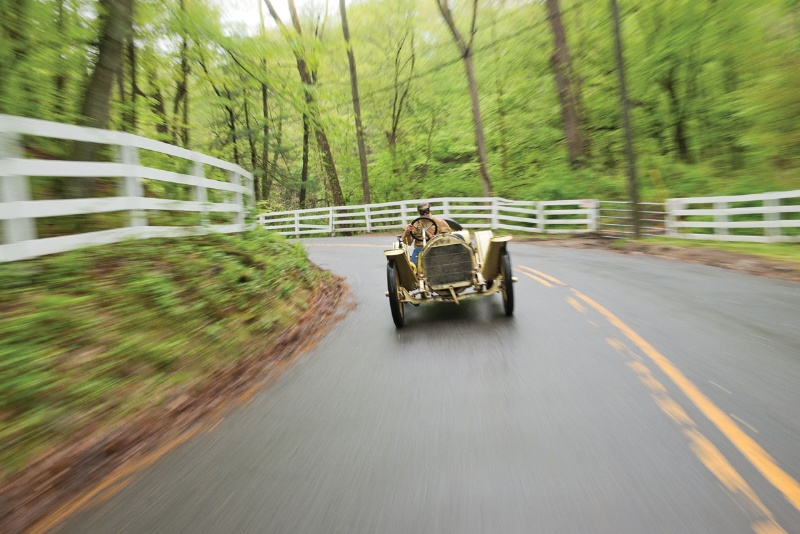 BLENHEIM, Ontario (June 3, 2014) – One of the most well-known Mercers in existence, the 'Austie' Clark 1911 Mercer Type 35R Raceabout, chassis 35-R-354, will make its auction debut this summer following more than 65 years in the loving custodianship of one of America's original collections. Purchased by pioneering researcher, noted collector, and proprietor of the Long Island Automotive Museum, Henry Austin 'Austie' Clark Jr., in 1949, the illustrious Mercer is emerging from long-term family ownership to appear as a premier offering at RM Auctions' highly anticipated Monterey, California sale, August 15–16. For decades, Austie Clark was known and respected as the one of the most prominent early collectors and the world's leading research authority. His incredible devotion to the hobby saw him accumulate such a vast and diverse collection of literature and photographs that its eventual relocation to The Henry Ford Museum involved a month of packing, three moving trucks, and over two decades of sorting through and filing 54,000 pounds of material. In addition to his literature collection, Austie was responsible for saving many automobiles from the wrecking yard, and maintained an enviable collection of important motor cars at his Long Island Automotive Museum in Southhampton, New York, from 1948 to 1980. The Mercer on offer at RM's upcoming Monterey sale was one of Clark's earliest acquisitions. After being purchased in 1949 from wealthy gentleman racing driver William C. 'Bill' Spear, the Type 35R Raceabout was a fixture at Clark's Long Island Automotive Museum, and participated in the exhibition runs held in conjunction with the Bridgehampton races, which Clark helped organize and finance. Over the years, many famous automotive personalities have been pictured behind the wheel of the Mercer, including author Ralph Stein, legendary actor Gary Cooper, and the architect of the Mercer T-head himself, Finlay Robertson Porter. The car was a well-known attendee in early VMCCA meets around New England, and regularly participated in other events. Since the closure of the Long Island Automotive Museum in 1980, the Mercer has lived a quiet life in Connecticut, where it has been exercised along Fairfield County's windy stonewall-lined roads by two further generations of the Clark family. Now ready to pass on to a new generation of ownership, its presentation at RM's upcoming Monterey sale represents the first time it has been offered for public auction—an occasion that is expected to draw tremendous interest from the world's most discerning collectors (Estimate: $2,500,000–$3,500,000). 'Austie Clark was a connoisseur who knew great automobiles and made extraordinary efforts to preserve as many as possible and ensure they resided in good homes. As a result, even a quarter century after his death, knowing that a car was part of the Henry Austin Clark Jr. Collection is a stamp of approval, and the name is an integral part of its provenance,' says Shelby Myers, Car Specialist, RM Auctions. 'The Mercer name evokes the very spirit of minimalist, sporting automobiles embodied by the 100-mile-an-hour Type 35 series. One of America's original sports cars, as a model, the 1911 Mercer can be considered the Ferrari 250 GTO of its day. Add in an outstanding ownership provenance, a truly rich patina and character, and the fact that T-head Mercers only change hands on the rarest of occasions, and the stage is set for a truly special auction. We're honoured to have been entrusted by the family with the sale of the Austie Clark 1911 Mercer Raceabout, and we look forward to helping continue Austie's legacy as it passes onto a lucky new owner.'
The Mercer joins an elite, handpicked selection of more than 100 blue-chip collector cars slated for RM's upcoming Monterey sale. Illustrating RM's expertise in presenting a broad range of marques and eras for auction, additional recent entries include a superb roster of 18 vehicles from the former Bob Pond Collection. Highlighting the group is a legendary 1948 Tucker 48, chassis 1036, which is one of just fifty examples built (Estimate: $1,400,000–$1,600,000); a 1957 Mercedes-Benz 300 SL Roadster, chassis 7500666, which is finished in special-order Hellgrun paint and believed to be just two owners from new, showing less than 17,400 original miles (Estimate: $1,300,000–$1,600,000); and a 1926 Rickenbacker Eight Super Sport, engine number 28910, known for being the 1926 New York Auto Show car and one of the centrepieces of the collection (Estimate: $600,000–$800,000).
A tradition spanning more than 25 years, RM's flagship Monterey sale, held during the famed Pebble Beach Concours d'Elegance weekend, returns to downtown Monterey, California, August 15 to 16. In 2013 RM's Monterey auction generated an extraordinary $125 million in sales, entering the history books as the highest-grossing collector car auction of all time. For further information on RM's 2014 Monterey auction, or to view a frequently updated list of entries, visit www.rmauctions.com or call +1 519 352 4575. About RM Auctions RM Auctions is the world's largest auction house for investment-quality automobiles. With over three decades of experience in the collector car industry, RM's vertically integrated range of services, from restoration to private treaty sales, auctions, estate planning, and financial services, coupled with an expert team of car specialists and an international footprint, provide an unsurpassed level of service to the global collector car market. RM proudly holds six of the top ten all-time records for the most expensive motor cars sold at auction, and RM's restoration division has achieved unprecedented accolades, earning Best of Show honors at the world's top concours events. For further information, please visit rmauctions.com, find us on Facebook, or follow us on Twitter @rmauctions. Photo captions: The 'Austie' Clark 1911 Mercer Type 35R Raceabout (credit: Darin Schnabel © 2014 courtesy RM Auctions)