FERRARI AT THE GOODWOOD FESTIVAL OF SPEED 2014

Yesterday, on the opening day of the Goodwood Festival of Speed, Ferrari unveiled its new, spectacular, California T which brims with a host of new technological solutions, not least of which is its 8-cylinder turbo engine. Maranello's engineers have created an entirely new power unit which delivers absolutely superb levels of performance, blistering pick-up and the most exhilarating soundtrack any turbo has ever yielded. The California T retains its predecessor's versatility, with a folding hardtop, 2+2 seating and up to 320 litres of luggage space, making it one of the most practical Ferrari cars which appeals to a wider audience than ever before. Fans of Ferrari's traditional mid-engined V8 extreme sports cars were also treated to a sonic feast with the 458 Speciale also making its official UK debut at Goodwood, giving an exhilarating demonstration of its capabilities to the spectators. The 458 Speciale is powered by a naturally-aspirated V8 engine that delivers 605 CV, and that was awarded the title of Best Performance Engine of 2014 and Best Engine Above 4.0 Litres by Engine Technology International magazine. Another amazing Ferrari making its UK debut at Goodwood was LaFerrari, Ferrari's new hybrid supercar which boasts an incredible 6.3-litre V12 engine with 800 CV and a unique hybrid system that offers the driver an additional 163 CV at all times. LaFerrari is the latest limited series car from the Prancing Horse with only 499 examples being made and it promises to be the most iconic Ferrari of the modern era. Of the two LaFerraris at Goodwood this year, one of them is owned by Jay Kay, lead singer of Jamiroquai. An even more unique Ferrari, produced by Ferrari's Special Projects division, is the F12 TRS which also participated in the dynamic demonstrations taking place on the fabled Goodwood Hill Climb. Based on the F12berlinetta, the One-Off car was developed at a client's request as an extreme, two-seater, open-top sports barchetta. One of the initial inspirations for the project was the 1957 250 Testa Rossa; in fact, the F12 TRS is Flavio Manzoni and the Ferrari Style Centre team's modern, innovative take on that legendary car's spirit and pays homage to it in its moniker.

Another highlight for Scuderia Ferrari fans was Ferrari test driver Pedro de la Rosa's demonstration of the 2009 F60 Formula 1 car, a very special occasion to relive the Italian company's great history in Grand Prix motorsport. Pedro will be attending all three days of the Goodwood Festival of Speed and is very excited to interact with the fans at such an iconic event. He will be joined by current Scuderia Ferrari F1 driver, Kimi Raikkonen on Sunday, when Kimi drives his championship-winning 2007 F1 car in a special celebration to commemorate another great Ferrari F1 World Champion, John Surtees, who won the F1 Driver's title in 1964 in a Ferrari 158.
Photo credit: Ferrari North Europe
posted on conceptcarz.com 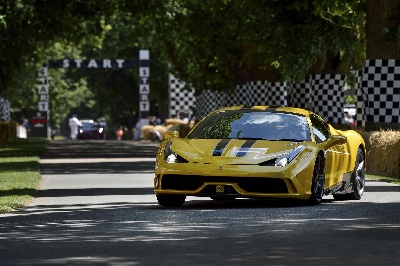 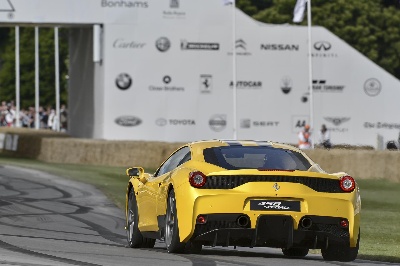 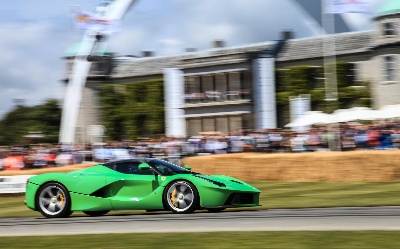 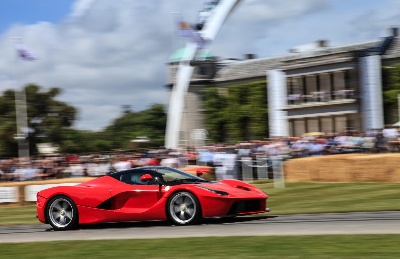 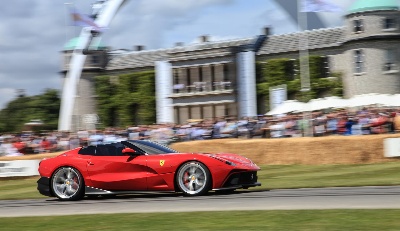 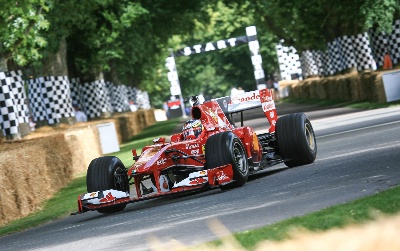 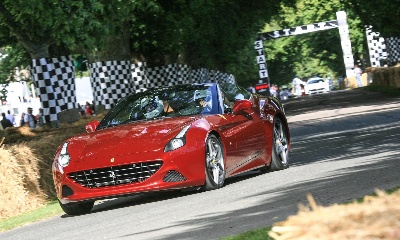 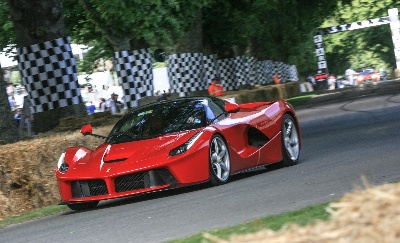 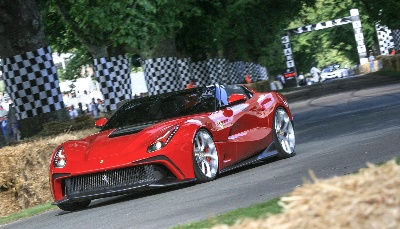