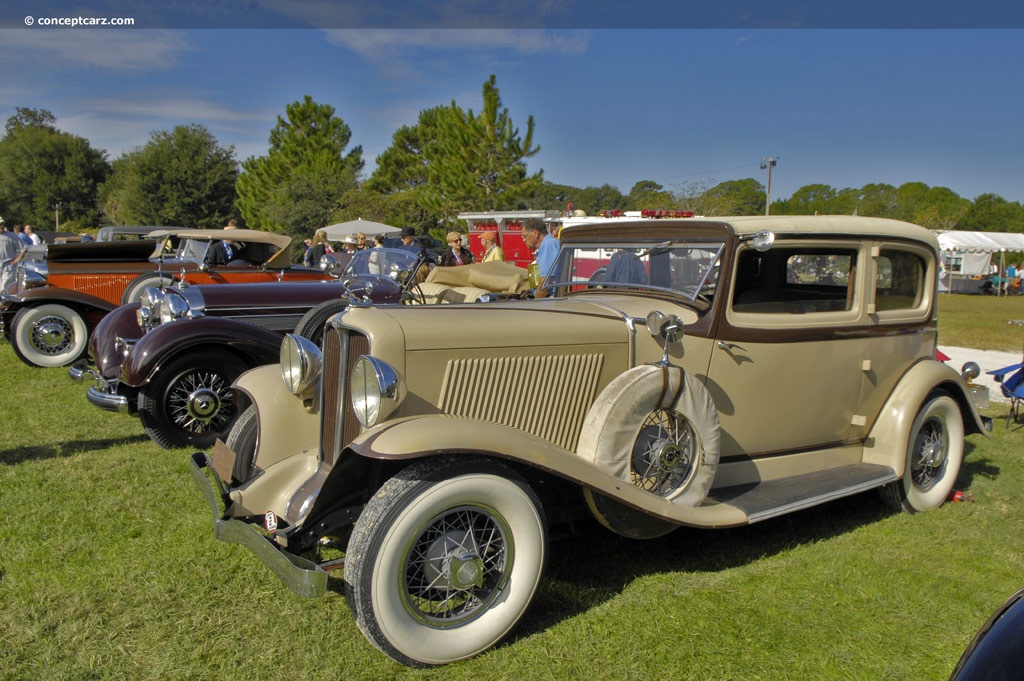 Auburn was one of the few automobiles to see higher sales after the 1929 Wall Street crash. The 1931 model-year production zoomed to a record 36,148 on the strength of more dealers and a fleet of luxurious, bargain-priced Eights. Reflecting Auburn ....[continue reading]

Charles Eckhart established the Eckhart Carriage Company in Auburn, Indiana in 1874. His sons Frank and Morris built their first tiller-steered runabout in 1900 and formed the Auburn Automobile Company to build it. By 1905, twin-cylinder models wer....[continue reading]

The Auburn 8-98 in 1931 featured an engine by Lycoming that produced 98 horsepower. There were only 945 Broughams produced in 1931, the first 'Center-X' bracing ever offered in a rear drive car. The car came equipped with Lovejoy hydraulic shock ab....[continue reading]

It's safe to say that Indy and Auburn are never linked in word association games. Nevertheless, an Auburn did run in the 500-mile classic and inspired Chad Caldwell to create this modern replica. The inspiration - an Auburn modified for the 1930 race....[continue reading]