Walter P. Chrysler formed the Chrysler Corporation in 1924, and his experience and talents for style and engineering helped steer the fledgling car company into one of the top three automakers in America. The Chrysler lineup quickly expanded in the 1920s, including the addition of the up-market Imperial line appearing in 1927/1928. This new line competed with the finest in the industry, including Cadillac, Lincoln, and Packard. Although successful, the Imperial was most often referred to as a Chrysler Imperial due to its sharing of body styles and powertrains with its corporate cousin.

In 1955, the Imperial became its own registered Make and Divison allowing Chrysler to better compete with its Lincoln and Cadillac rivals. Cadillac followed in a similar fashion with the introduction of its Continental line.

Chrysler vehicles wore all-new Virgil Exner 'Forward Look' styling for 1955, including the Imperial. Exner's design talents would be applied to the Imperials, along with the other four Chrysler divisions, from 1955 to 1963. The new-for-1955 Imperials were a division unto itself, devoid of the Chrysler name. They shared their platform and bodyshell with the full-size Chryslers, but on a 4-inch longer wheelbase allowing for additional rear-seat legroom. Its wide-spaced split egg-crate grille was shared with the Chrysler 300, and in the back were free-standing 'gunsight' taillights resting above the rear quarters, with a similar design to Exner's 1951 Chrysler K-310 concept car.

1957 Imperial
Exner's sophisticated design masterpiece was all-new for 1957, gaining accolades for its bold styling, competent handling, and strong performance. Motor Trend described it as 'its performance will lag behind the strongest Chrysler. But top performance isn't its function. Luxury is what this one has to offer, and it gives it full measure'.

The 1957 Imperial further distinguished itself from its Chrysler siblings with unique design elements including the distinctive 'overlapping' rear-section roof on hardtop body styles. Trim above the front fenders wrapped around the front, above the quad headlights (two one each side), following the contour dip of the hood. Additional chrome trim traversed the middle of the bodyside, front the back of the front wheels to the rear of the vehicle. Signal lights were carefully housed between the two horizontal bumpers, below the grille that was comprised of chrome mesh pieces. In the back, the 'gun sight' taillight theme introduced in 1955 was now integrated into the tips of the tailfins, rather than on top. Exner had designed progressively taller fins on its 1956 and 1957 models, and company advertising proclaimed 'suddenly, it's 1960.'

Although built on a four-inch-shorter wheelbase in 1957 (129-inches vs the 1956 platform of 133-inches), the new Imperial looked longer and lower. A special order, dress-up option was the faux spare tire cover on the trunk lid.

The interiors were finished in rich leather and vinyl, in fashionable two-tone colors. Instead of following the trend towards just using warning lights, the dash continued to display full instrumentation.

Above the 'base' Imperial was the Imperial Crown (Series IM1-2) with the same body styles as its sibling, plus a convertible. Pricing began at $5,270 for the hardtop, $5,400 for the four-doors, and $5,600 for the convertible. Distinguishable features included a small crown emblem above the second 'I' in the Imperial nameplate. The most popular body style was again the four-door hardtop with 7,843 sales, followed by 4,199 of the 2-door hardtop, 3,642 of the sedan, and 1,167 of the convertible.

The Crown Imperial Series wore custom coachwork by Ghia in Turin, Italy. They wore 1958-style grilles, the doors extended into the roof, and the standard equipment was vast, included air conditioning, power windows, and carpeting. The wheelbase measured 149.5-inches, making them one of the longest vehicles in the industry, and the four-door Limousine had seating for eight-passengers. Priced at $12,000, it was one of the most expensive and exclusive vehicles produced in 1957, with just 36 examples built, far short of the intended 75.

Standard Equipment
Standard equipment on all 1957 Imperials included power steering, power brakes, and a TorqueFlite automatic transmission with push-button shift controls. The only engine available was the 392.7 cubic-inch V8 with overhead-valves, 9.25:1 compression, a Carter four-barrel carburetor, and delivering 325 horsepower at 4,600 RPM.

The list of optional equipment included Solex glass, a radio (priced at $176), power windows, a four-way power seat, and air conditioning (at $590).

Production
1957 was a banner year for Imperial with model year output peaking at 35,734 cars and calendar year production at 37,946 units.

The work of LeBaron is considered to be the most remarkable styling of the CG Series Imperials. LeBaron was one of the greatest design firms of the classic era and was established as innovative, creative, and completely responsive. LeBaron was founded by Wand Ray Dietrich and was later joined by Ralph Roberts, and though Dietrich eventually left the firm to pursue other interests, the company continued....
Continue Reading >> 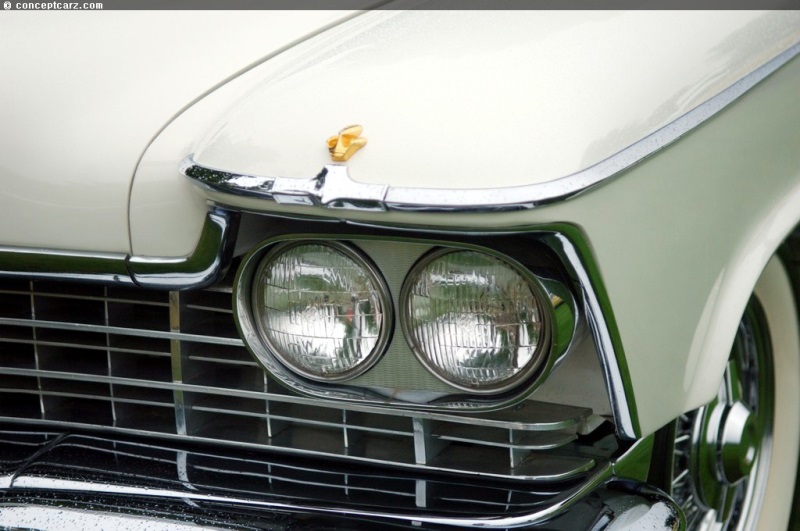 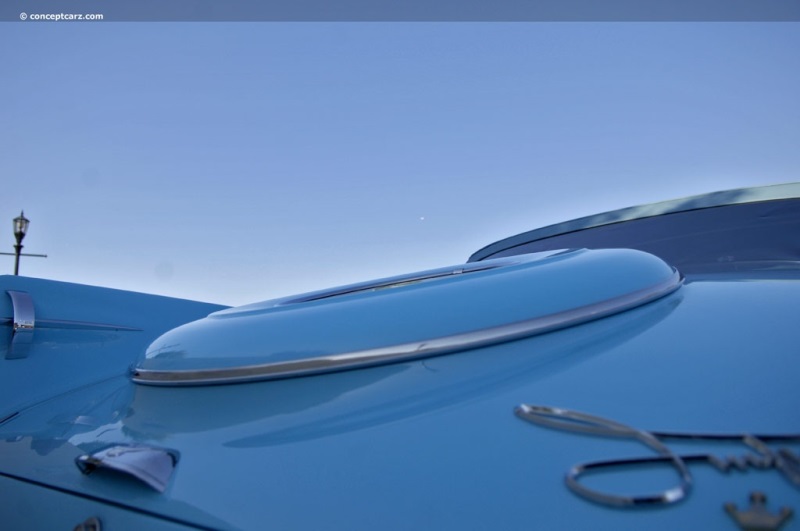 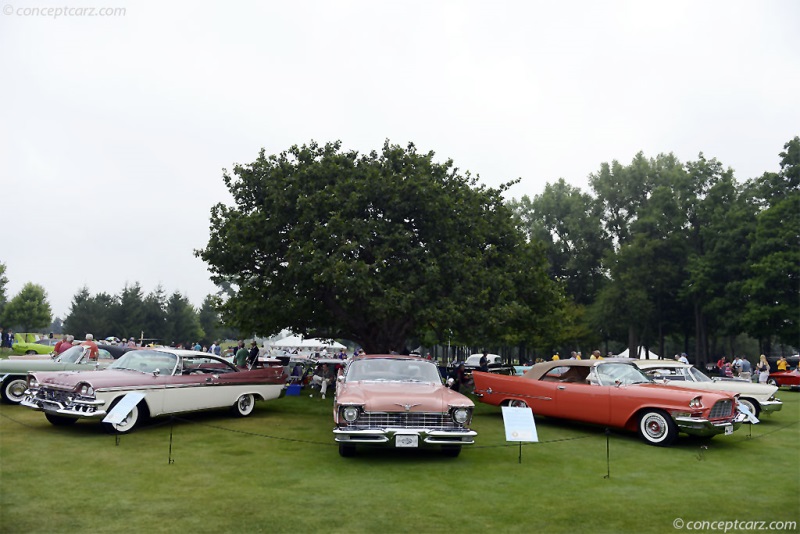 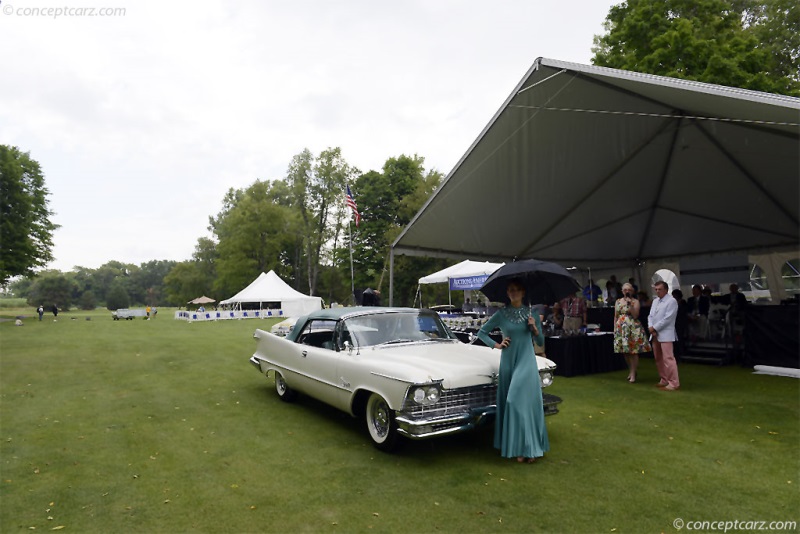 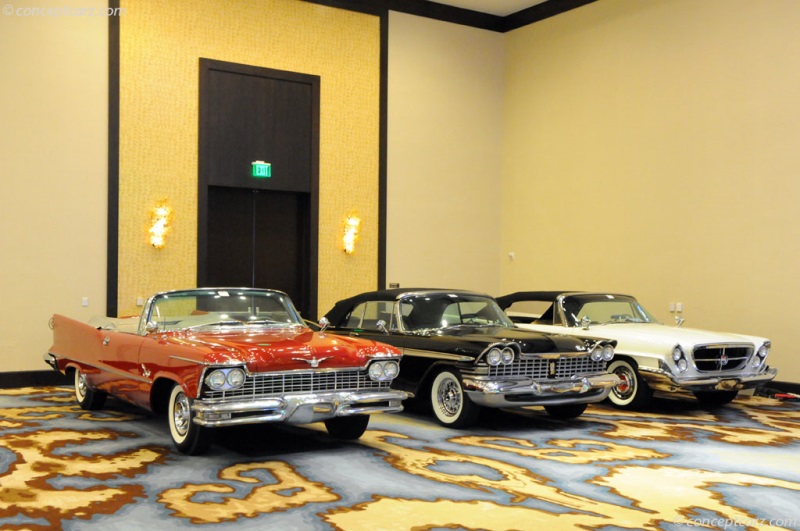 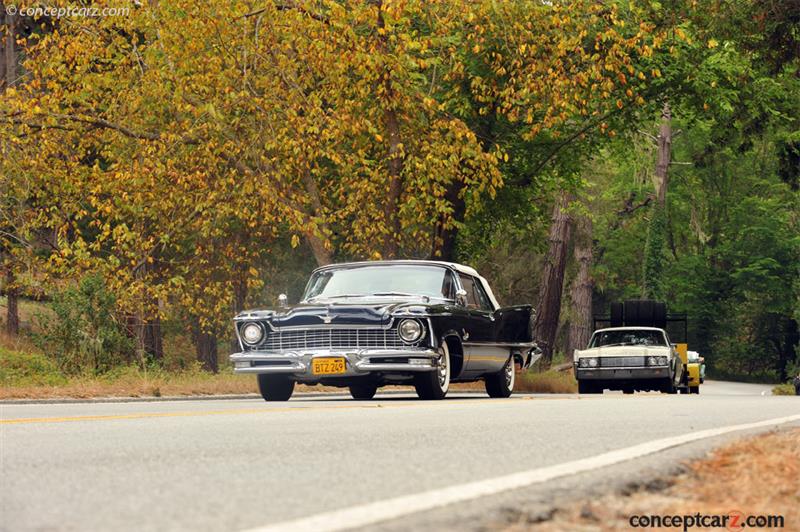 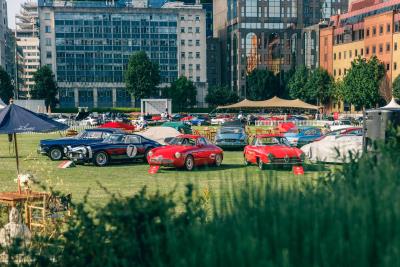 Jukeboxes on wheels: Fins and Chrome American classics promise a dazzling display at London Concours in 2022

Automobiles from Americas golden era of Fins and Chrome – the mid-1950s to the early 1960s – will be on show at the capitals leading concours delegance. Rock and roll classics from Ford, General Motors, Chrysler and Packard set to wow the crowd...