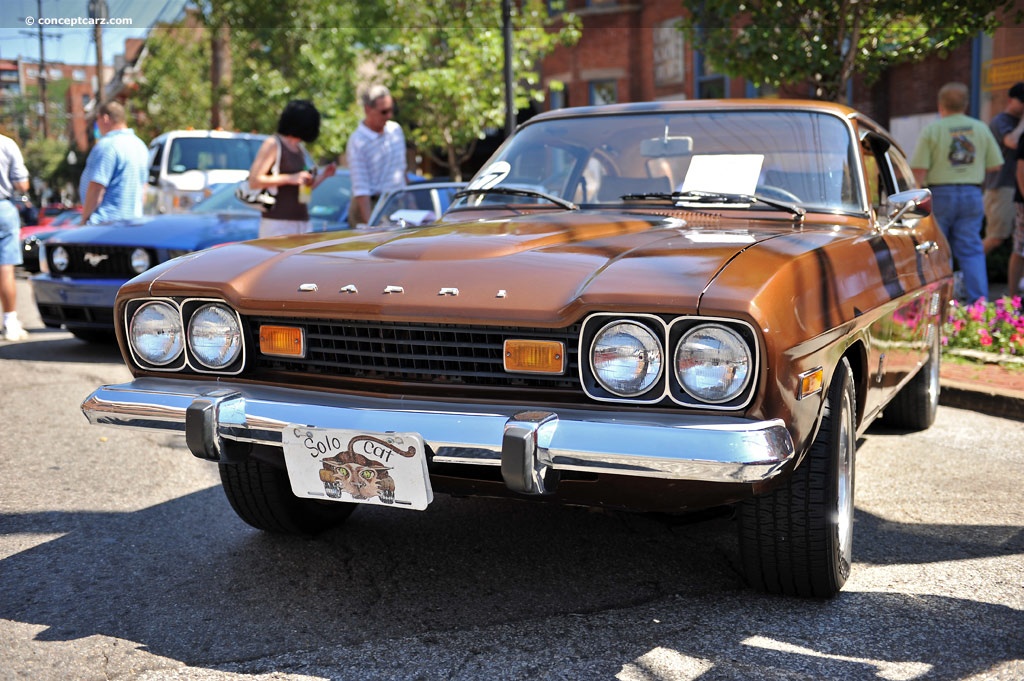 The Mercury / Ford Capri was produced from 1970 through 1977, then from 1979 through 1986, and again from 1991 through 1994. The cars were built in Cologne, Germany, and sold through Lincoln-Mercury dealers in the United States. They were eventually labeled as Mercury's as the Ford marque had their own pony car, the Mustang. Initially, the did not carry any divisional identification.The first generation of the North American Capri was produced from 1970 through 1975. Power was initially from a 1.6-liter Kent 'crossflow' inline-four. In 1971 it received a 2.0-liter overhead cam inline-4, and for 1972 an optional 2.6-liter Cologne V6. This made it the first American-market vehicle marketed by Fof Motor Company with a V6 engine. The V6 grew to 2.8-liters for 1974, as Ford revised castings for the cylinder heads and the engine block.The late-1960s were all about horsepower, speed, and performance. The early 1970s took a new path, focusing on safety, emissions, and the oil crisis. As a result, cars became safer, often smaller, and more fuel-efficient. For the Capri, in response to the 5-mph bumper standards, gained revised front bumpers for 1973. The prior chrome bumper was reinforced with a steel tube and attached to the frame with shock absorbers. Other changes were made to the grille, taillights, and rear quarter trim grilles. Interior changes included a new steering wheel, seat trim, dashboard, and a redesigned wiring harness.
By Daniel Vaughan | Jul 2010