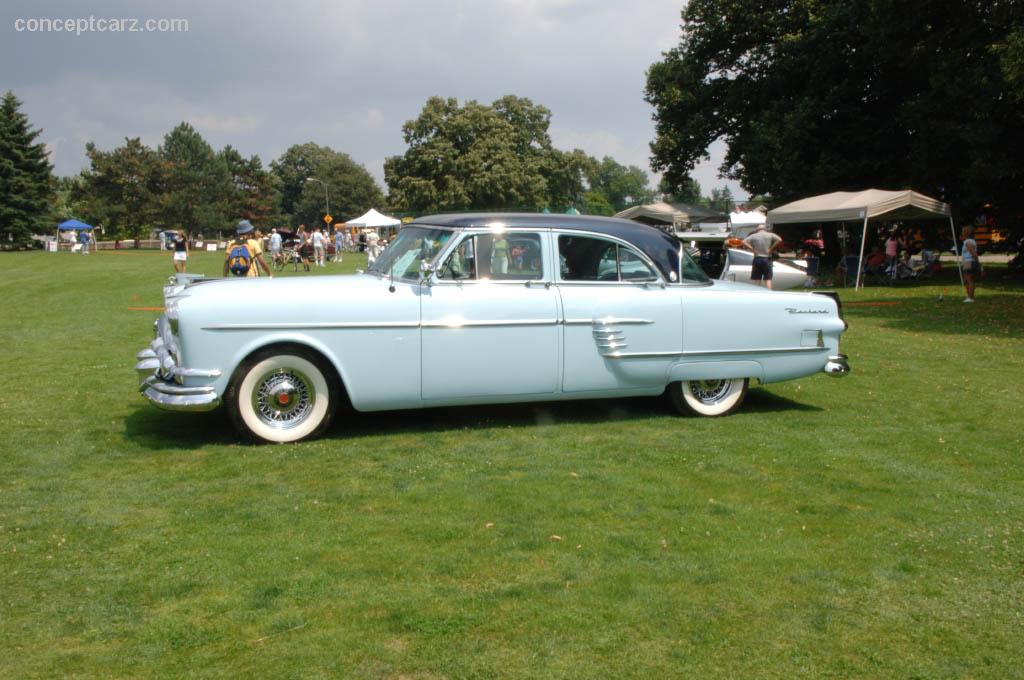 The 1954 Packard Cavalier was the lowest-priced Packard with the four-door sedan priced at $3,345. The Clipper line technically had a lower price, but for 1954, Packard's President James Nance attempt to de-emphasize the Packard name from the Clipper line, essentially having two marques. Packard had moved down market during the 1930s in attempts to weather the effects of the Great Depression by offering a lower-priced alternative that would increase revenue. The plan worked and helped restored the company's financial footing. This method of salvation, however, may have also been the cause of its demise, as it tarnished the company's image and prestige.

Packard's plan for 1954 was to restore the exclusivity of the Packard nameplate by distancing the bread-and-butter Clipper line away from the senior level Packards. While the Clipper line consisted of the Clipper Special, Deluxe Clipper, Super Clipper, and Panama, the Packard senior line included the entry-level Cavalier, Packard Pacific Hardtop coupe, Packard convertible, Packard Caribbean Custom, and the Patrician. The 'Packard Line' included a center horizontal grille bar with vertical fluting on both sides of the central vertical grille post. There were Packard nameplate medallions while the Clipper models had Clipper nameplates.

The Packard Cavalier was the model (either Packard or Clipper) to be equipped with the 327 cubic-inch, five-main bearing, L-head inline eight-cylinder engine that offered 185 horsepower at 4,000 RPM. The changes witnessed on the other Packard models were applied to the Cavalier, including the new 'horned' headlamp rims, new side spear treatments, and rounded rear fender 'fishtails.' The forward spear was located high on the body and ran from behind the headlamps to below the rear ventipanes. A lower rear spear traveled from the forward edge of the fender pontoon to the back, passing just above the rear fender skirts.

Production of the Packard Cavalier was brief, lasting from 1953 through 1954, serving as a replacement for the Packard 300.
by Daniel Vaughan | Aug 2020

The Packard Cavalier was produced for only a short time, lasting from 1953 through 1954 with a total of 2580 examples produced. It replaced the Packard 300 and was the lowest priced Packard in 1954. The Cavalier cost an affordable %243345. It was powered by a 327 cubic-inch eight-cylinder engine that produced 185 horsepower. The Packard Cavalier was distinguished by its chrome side spear trim. The....
Continue Reading >>

This Packard Cavalier is one of two that were imported to France in 1954. It was sold through the Barbezat Sales Agency in Paris to Her Royal Highness Princess Aspasia of Greece. She sold the car through a Mercedes-Benz dealership to an American serv....[continue reading]

31,291 total vehicles produced by Packard in 1954
Total 1954 Packard Cavalier production: 0
© 1998-2021. All rights reserved. The material may not be published, broadcast, rewritten, or redistributed.