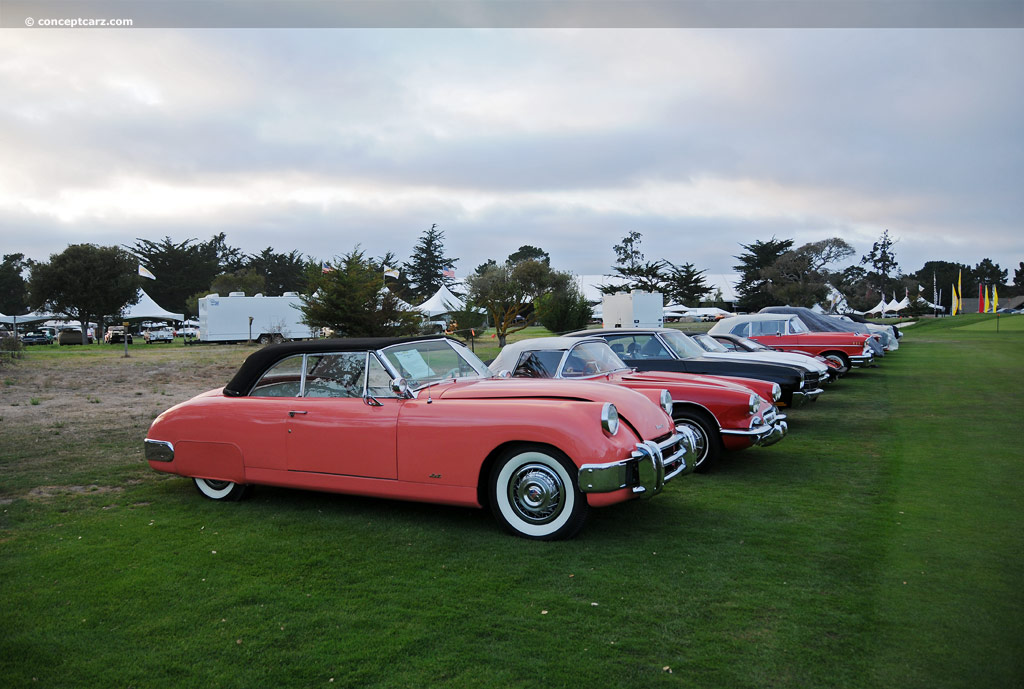 Trying to measure up to European car manufacturers, Americans came up with the Muntz Jet, an American sports car that was both practical and fashionable for the times. The Muntz Jet was a 4-seater convertible in the mold of the 58-61 T-bird.
The original design came from Frank Kurtis before Earl Muntz bought the design and redesigned and re-engineered it. Earl 'The Mad Man' Muntz was considered to be an entrepreneur. With a background in radio during the early 40's, he made his millions during by selling the first televisions for the mass market as a Dumont Television franchiser.

Built in Gardena, California in the early 1950's, the first 28 prototypes were made of aluminum with a 113-inch wheelbase and were powered by a 331 cid Cadillac V8. Body panels were aluminum-based that formed over a steel cage subframe on an 'X' frame chassis.

Eventually, the production site was moved to Evanston, Illinois, Muntz's hometown. It was here that the vehicle received a modified steel body and the powertrain was changed to the Lincoln flathead V8. Using fiberglass front fenders and an OHV Lincoln V8, producing 154 hp. Tested at 6.7 seconds, the Jet made zero to sixty, and a top speed of 119 mph.

As Muntz produced his last cars, he was estimated to have taken nearly a $1000 loss on each vehicle made. At the time, the price of a new Muntz Jet was between $5000 & $6000. Today they range from $10,000 to $40,000 based on their condition.
Well received by audiences in Southern California showrooms, deposits were enough to ensure a satisfactory production beginning.

Most likely due to the huge loss, he took on the production of each car, the Muntz Jet venture ended after four years.By Jessica Donaldson

This 1953 Muntz Road Jet has chassis number 53-525 and is powered by a 318 cubic-inch Lincoln V8 that produces a little over 200 horsepower. There is a four-speed Hydra-matic Automatic gearbox and an independent front suspension and a live-rear axle....[continue reading]

Earl 'Madman' Muntz purchased the tooling and rights for a two-seater sports car designed by Frank Kurtis. Kurtis had an extensive background in building custom and race cars. In 1939, he went to Indianapolis, where he was tasking with making repairs....[continue reading] 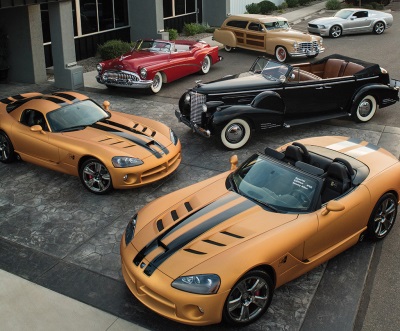