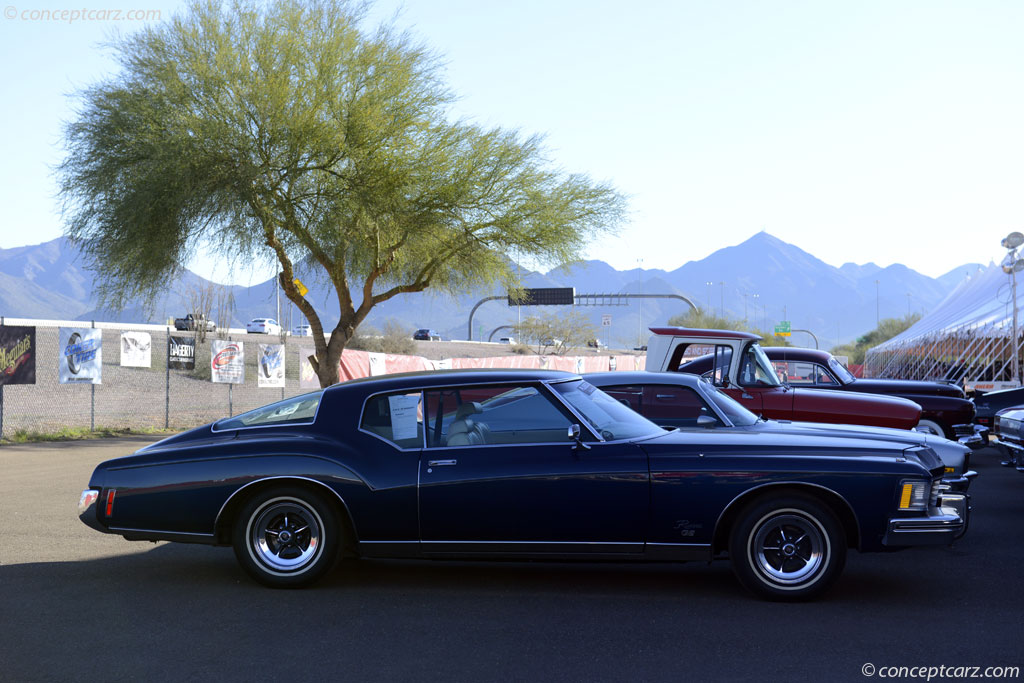 The third generation Buick Riviera, which ran from 1971 to 1973, is best known for its 'Boat Tail' rear styling. The two-door sporty persona was backed by equally impressive performance, with the Stage 1 package receive a 455 cubic-inch Buick V8 engine and a limited slip rear end. Just 3,933 performance-oriented 1973 Riviera GS Stage 1 models were built, featuring oversize valves, a hotter camshaft, a specially-calibrated transmission and a Posi-Traction rear end. Although they were not as beefy as the pre-emissions-era 1971 models, they could still race from zero-to-sixty mph in around 10 seconds, impressive performance for a vehicle weighing more than two tons.

For 1973, Buick produced 34,080 examples of the 2-door hardtop Sport Coupe Riviera. Power was from an overhead valve V8 engine with a displacement size of 455 CID and an available 250 SAE net horsepower. The Riviera's received new front and rear treatment with a new hood, fenders, grille, lights and new notch style front cornering lamps. In the back, the boattail body had thicker rocker panel trim covers. The Riviera script could be seen on the lower front fenders. Riviera emblems were placed on the roof pillar.

The Buick Riviera is a nameplate that was used for many decades by the Buick Company, lasting from 1963 through 1999 with total production reaching 1,127,261. The Buick Company has been in business since 1902 actually David Dunbar Buick had a company that affixed porcelain to cast iron. In 1899 the plumbing business was sold and the Buick Auto-Vim and Power Company was formed. The purpose of this....
Continue Reading >>

Radically re-designed in 1971 the Riviera featured a flowing boat-tail style penned by future Nissan stylist Jerry Hirschberg under the direction of icon Bill Mitchell. Some say there was '1963 Corvette split-window coupe' in every one. The 'Riv' was....[continue reading]

This particular example was purchased new with factory air conditioning and chrome wire wheels. It is an Arizona car and is all original except for the tires and a fresh re-paint in 2014.....[continue reading]

This 1973 Buick Riviera is powered by an original 455 cubic-inch, 4-barrel transmission mated to a 400 Turbo transmission. It is finished in Bamboo Cream with full white vinyl roof.....[continue reading]

Auburns fabled boattail speedster is the car everyone pictures when the classic Indiana marque is mentioned. Only in the Jazz Age lubricated by the social privations of the Eighteenth Amendment could such an exquisitely and outrageously shaped automobile...