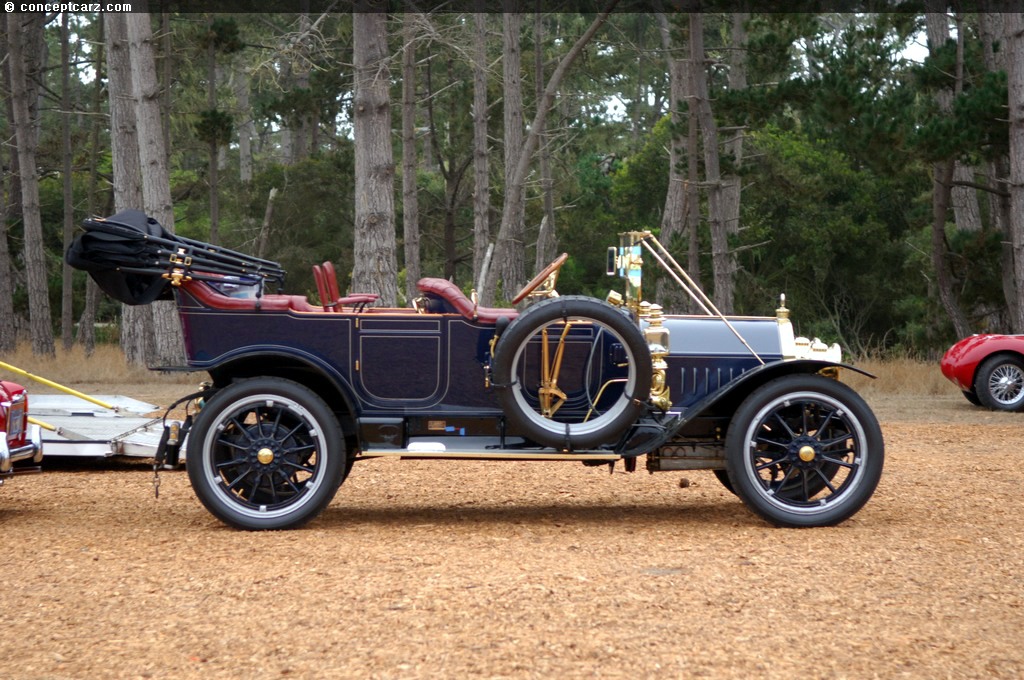 The Indianapolis, Indiana based Premier Motor Manufacturing Company produced automobiles from 1903 through 1926. The cars they produced were often out of financial reach for most consumers. Their cars were attractive and imposing. Their first engine was a air-cooled four-cylinder unit that produced 16 horsepower. Though this may not seem very much, but it was for its time and was able to carry the elegant vehicles on the rough roadways that were still in various stages of evolution.
by Daniel Vaughan | Oct 2007
Vehicle Profiles

Indianapolis was home to the Premier Motor Company, which began car manufacturing at the start of the golden age of American brass car production. This Premier 4-40 has a 40 horsepower engine paired with a three-speed gearbox. It has correct acetyl....[continue reading]