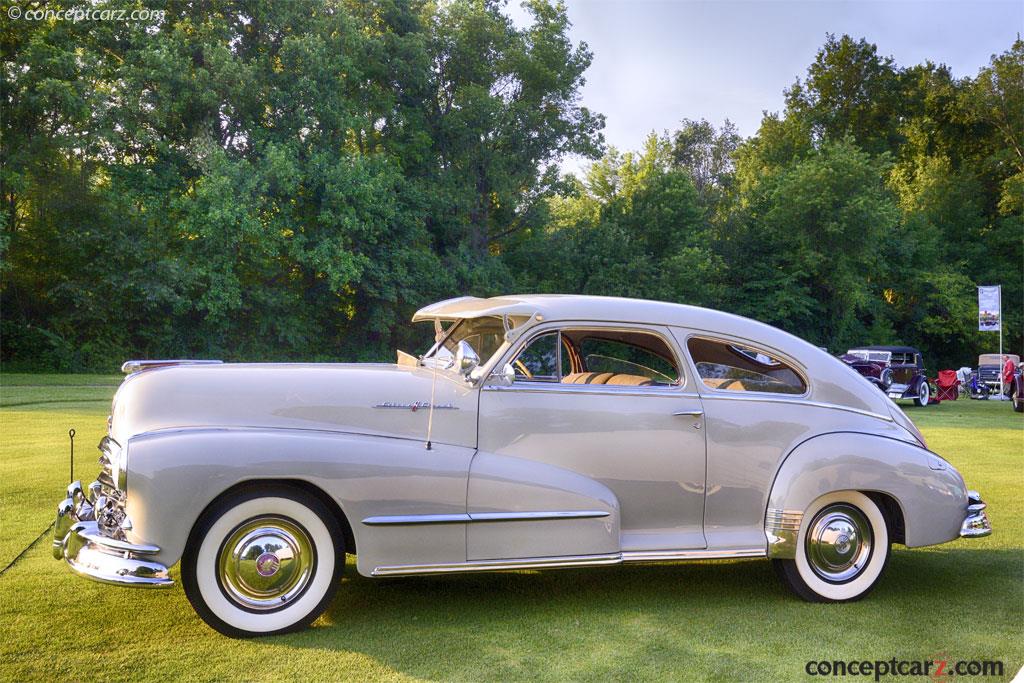 Designed as a cross between a luxurious and standard vehicle, the Pontiac Torpedo is one of Pontiac's lines of muscle cars. First introduced in 1940 was the Torpedo S four-door sedan, and the Pontiac Torpedo S convertible coupe arrived in 1948. Pontiac has long been GM's brand for affordable performance oriented vehicles, and has been able to offer inexpensive yet still aggressive and capable vehicles. Their models have been famed for both their agility and sporty appeal. Pontiac has consistently created performance vehicles that have triumphantly competed with top car brands.

Near the end of the war, nearly ten million Americans were in need for a new vehicle. The majority of manufacturers had launched their '46 models in the summer and autumn of 1945, but production had been delayed due to shortage of materials and due to strikes. In August of 1946 the one-millionth post-war vehicle was built and several new vehicles, including the Kaiser and Frazer were produced in the Willow Run plant.

The Torpedo was built with 6 or 8 cylinder 3.9 liter or 4.1 liter engine from 1946 through 1948. This variation of engine featured stellar horsepower and torque that allowed to Torpedo to function extraordinarily in even poor driving conditions. The interior design of the Torpedo featured upholstery and accessories that were crafted with the drivers comfort in mind. The Pontiac Torpedo Eight Series 27 sedan came with a 248•9 CID engine and a 119-inch wheelbase.By Jessica Donaldson

The 1946-1948 Pontiacs were very similar to the 1942 model introduced before Pontiac, like most other automobile companies, focused their attention on the war effort.....[continue reading]

Pontiac produced the sleek Torpedo models from 1940-1948, initially as the top of the line 8-cylidner model. In later years they would expand to offer both six- and eight-cylinder models.....[continue reading]