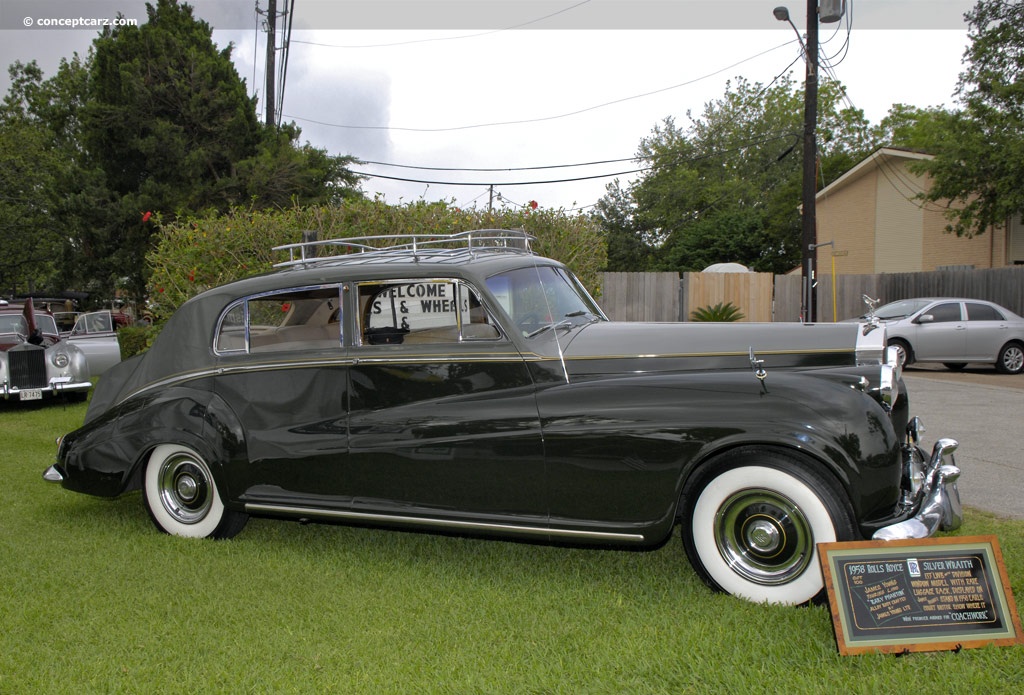 The Rolls-Royce Wraith evolved from the 20/25 which became the Silver Wraith in the post-War era. The Silver Wraith was the last Rolls-Royce model produced exclusively in chassis form for bespoke custom coachwork. Though its legacy was firmly rooted ....[continue reading]

This 1958 Rolls-Royce Silver Wraith Touring Limousine has an alloy body crafted by James Young Ltd. The car was on display on James Young's stand in the 1958 Earls Court Motor Show where it won premier award for 'Coachwork.'....[continue reading]

This 1958 Rolls-Royce Silver Wraith Limousine was ordered new by Mrs. Eli Lily of the famous E. Lily pharmaceutical company. A total of 1,783 Silver Wraiths were produced from 1946 through 1958.....[continue reading]

The late-production Silver Wraiths came with a 4.9-liter six-cylinder engine and other features such as an automatic transmission, factory air conditioning, and power steering. This particular example is one of those late-production models and is the....[continue reading]