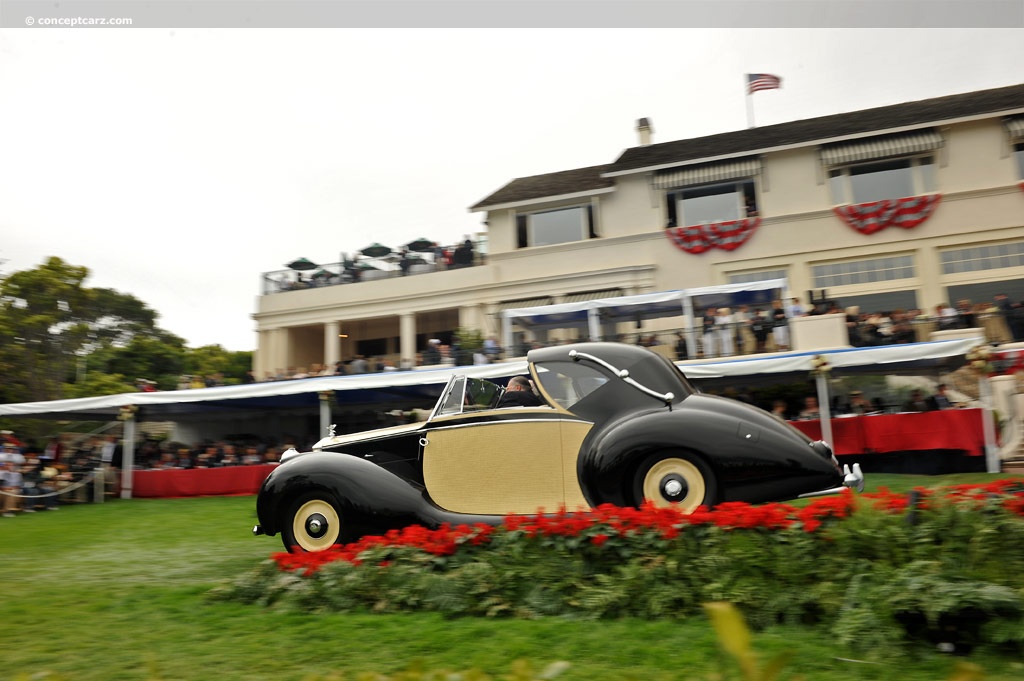 The Silver Wraith was the first postwar Rolls-Royce model and was made at the Crewe factory from 1946 to 1959. The engine was based on the prewar Rolls-Royce Wraith but was increased to 4.3 liters and later 4.6 liters. This was the last Rolls-Royce m....[continue reading]

The Silver Wraith was sold new by the famous New York City dealer J.S. Inskip to a gentleman from New Haven, Conn. It carries a body by the noted British firm H.J. Mulliner, which features spectacular woodwork, including fighting cocks in the veneer....[continue reading]

This car (chassis number WZB36) was displayed at the New York Auto Show in 1949. The Silver Wraith was the first postwar Rolls-Royce model, and it was made at the Crewe factory from 1946 to 1959. This was the last Rolls-Royce model to receive a wide ....[continue reading]

This Silver Wraith is one of two built. It was on display at the New York Auto Show in 1949 and later delivered to Lawrence S. Donaldson in January of 1951. It was owned for many years by well known collector, Andrew Darling.....[continue reading]

This Silver Wraith wears coachwork by Carrosserie Franay. Only six drophead coupe bodies were built on the Silver Wraith chassis, and this is the first one. Each of the six examples were different. It is one of only eleven Franay-bodied Silver Wraith....[continue reading]

This car is one of the first chassis produced when automobile production resumed after the war. Rolls-Royce adapted their pre-war model with an updated engine and suspension. The Silver Wraith was the last Rolls-Royce to be built as a chassis with th....[continue reading]

First introduced in 1947, the Silver Wraith is an evolution of the pre-war Wraith offering a new chassis while fitted with a 4,257cc (260 CID) six-cylinder producing 130 horsepower developed before the war. A four-speed manual gearbox is mated to the....[continue reading]

Total 1947 Rolls-Royce Silver Wraith production: 0
© 1998-2020. All rights reserved. The material may not be published, broadcast, rewritten, or redistributed.