A new Volvo at the Geneva Motor Show 25 years ago: Italian flair and Swedish engineering 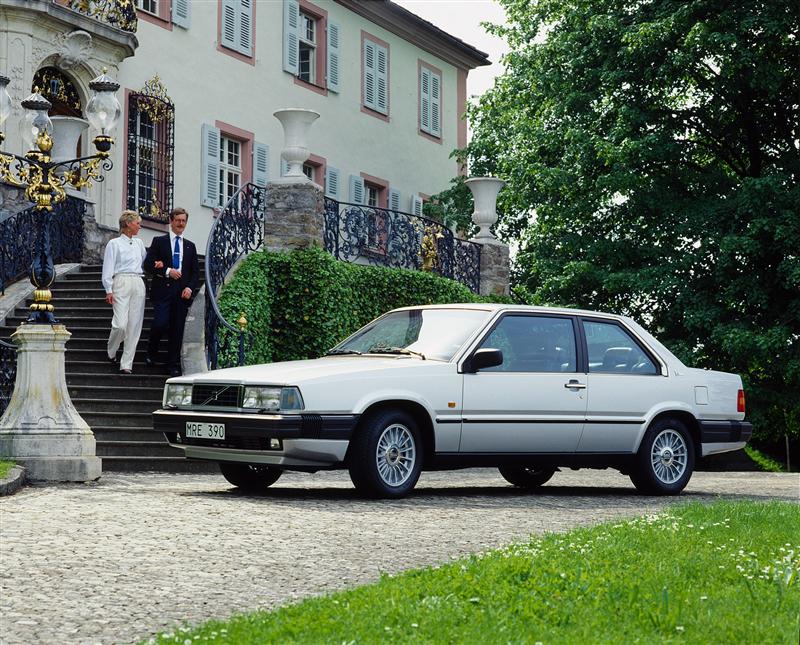 In March 1985, Volvo Car Corporation showed the result of yet another cooperation in the field of luxury between Sweden and Italy, the Volvo 780, designed and built by Bertone in Turin. The event took place on the Volvo Cars stand at the Geneva Motor Show. 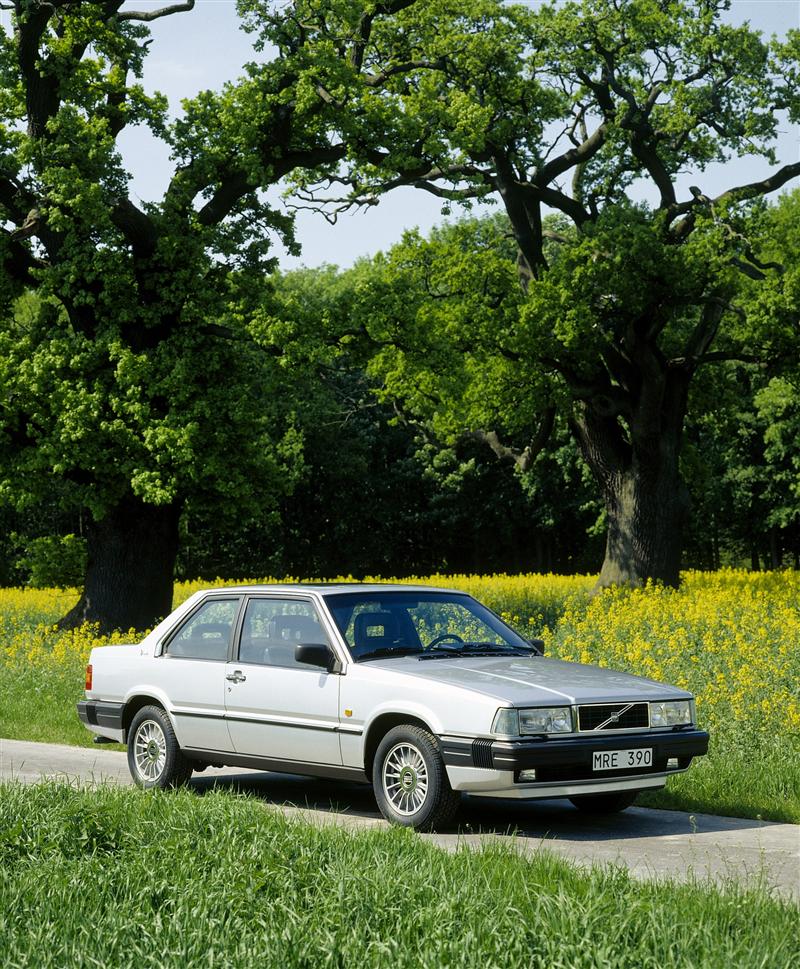 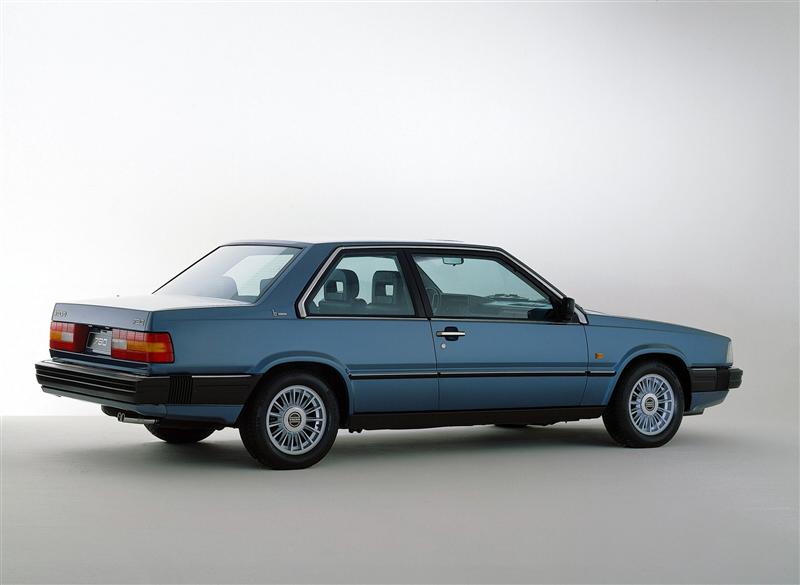 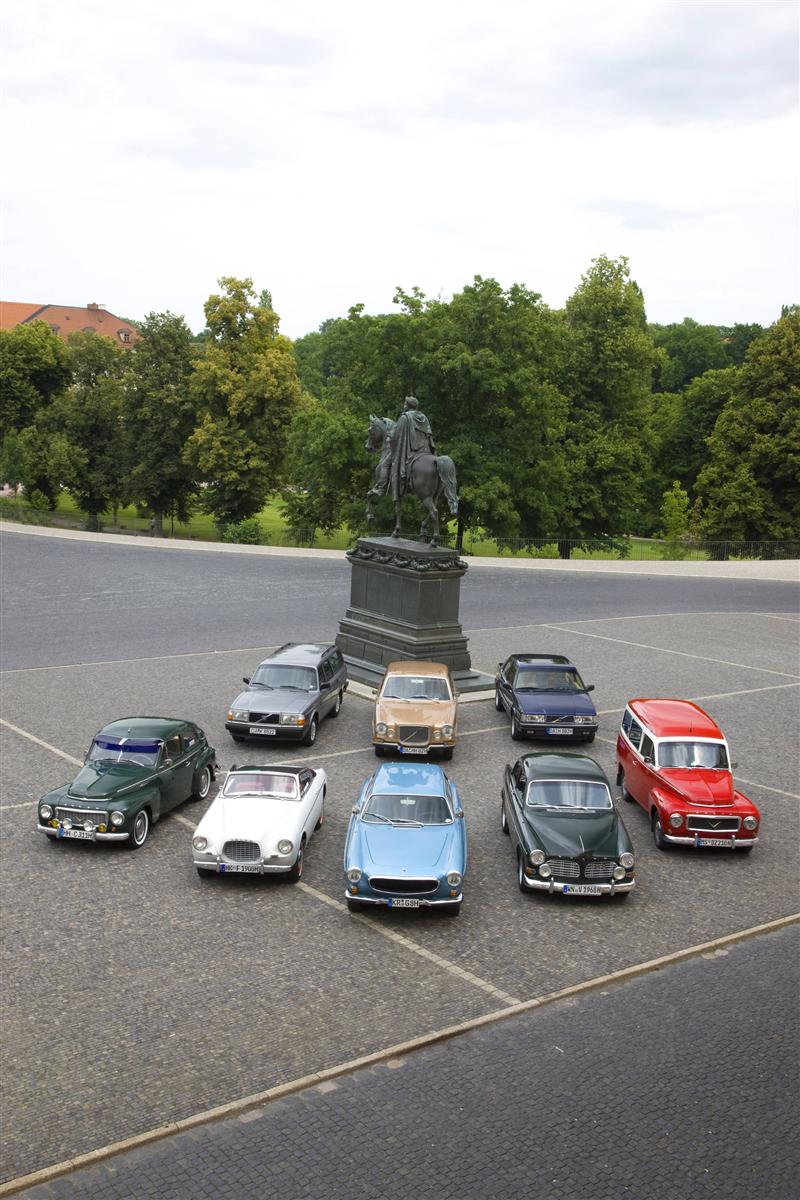 There were three engines to choose from: the 2.8 litre V6, a turbocharged four or the straight-six turbo diesel that Volvo used at the time. None of these engines, however, were capable of giving the car a top speed of 200 kph (125 mph) which is a psychological threshold on the German Autobahn, but it was exclusive, comfortable and quiet. It was primarily aimed at the ÚSA, Japan and a few markets in Europe, one of them was Sweden.

The Volvo 780 stayed in production until 1990 without any major changes to the exterior but technically it kept up with the 760 and got independent rear suspension for model year 1988. It eventually also received the cult status exclusive cars usually get. Only 8,518 780s were made and today it is a collector's item, cared for by owners in both Europe and the ÚSA.Source - Volvo
A range of mid-size luxury vehicles from Swedish manufacturer Volvo Cars, the Volvo 700 series was produced during the 1980s and 1990s. A luxurious Bertone-designed coupe version, the expensive Volvo 780 was introduced in 1986 and produced for four years. The 700 and 900 series differed from either other by the rounded corners of the 900, and nicer interior. Late in 1992 the 700 series was deleted when the final 740s were produced. In 1981 when the 262C Bertone was deleted from the lineup, Volvo decided to design a luxury coupe car to replace it. Volvo asked Bertone from Turin, Italy to design and produce a new car based on the 760, but distinctly different. Turin wasn't crazy about the idea of designing, testing and build a brand new car, so Bertone and Volvo made the deal that Volvo would do all of the testing work. The project was dubbed Project 1780 and began in August of 1981. The plan was same as the 260-series, 2 doors and a chopped off roof. Bertone disagreed with Volvo and began to design their own ideas. Volvo was happy with the first prototype, but felt it was too different from the 760. Volvo sent Jan Wilsgaard to Turin to help Bertone in designing the car and it was decided to make the rear window more straight like the 760. Not wanting it too sporty, a happy middle was found between all parties and an elegant design was created with a very Italian look. The 780 didn't share a single panel with the 760, but it was still easily recognized as a Volvo, but with new grille, front, headlights, front fenders, rear lights, a new tail, updated interior and new headrests.
In 1985 the Volvo 780 Coupé was first introduced at the International Auto Show in Geneva, Switzerland. This was Volvos official return to the two-door coupé market following the departure of the 262C in 1981. In 186 the 780 Series was officially launched in Europe, and one year later it arrived in the United States. The Volvo 780 was an extremely luxurious model with all of the plush extras like power steering, climate control, leather, electrical adjustable seats, sunroof, powered windows and mirrors, electrical heated seats, cruise, ABS and wooden interior trims. Late models included a driver airbag.
The designer of the 780 Series was Carrozzeria Bertone in Turin, Italy, and the hood, trunk and rooflines were just a bit lower than the standard 700 series profile. Other changes included the C-pillar a bit wider and a more gradual slope down to the trunk. Compared to the 262C the 780 Series featured more comfortable headroom. Chrome accented the window frames which all had black matte trim. Chrome was also heavily used along the door handles, bumpers, and side moldings. In the center stack was an audio equalizer and on the road the rear suspension was self-leveling. Buyers could choose a turbo four of V6 shared with Peugeot and Renault, which gave the Volvo 780 a French-like feel. The automaker advertised the 780 as 'not a sporty car but very comfortable, luxuriously appointed and loaded with all sorts of equipment and accessories as standard features'. The plan had been to originally use a smaller 2,458 cc turbocharged version of the PRV V6 engine from the Alpine and Renault 25, and one that had been successfully tested in 740s and 760s. Unfortunately the engine overheated and the PRV V6 Turbo engine was never found on a Volvo 780. From 1986 through 1987 the 780 was sold worldwide and powered by the B280F V6 engine and a solid rear axle. At first the Volkswagen built 129 PS D24TIC engine was only available in the Italian auto market, but before long the V6 was available with a 155 PS 2.0-liter turbo Italian tax special, also added in 1986. In 1987 the 780 came with Volvo's independent rear suspension, which kept ride height correctly with self-leveling Nivomat shocks.The 780 weighed nearly 3,400 pounds, with a 150 hp B280F engine. Since concerns were raised over performance Volvo introduced the B230FT+ which was a B230FT with Volvo's boost controller, Turbo+ which upped the engine output to 175 hp. Volvo boosted the power once again the following year to 188 hp. The late 780s were available with the B204GT in Italy, a 16 Valve Turbo motor producing 200 hp. 1991 was the final year for the Volvo 780, and the car was simply badged as 'Coupé' and came only in turbo form. From 1986 through 1991 at total of 8,518 780s were produced. Volvo tried to introduce the front-wheel drive Volvo 480, a small sporty coupe as a substitute, but the actual successor to the 780 was the C70 in 1997.
Sources:
http://en.wikipedia.org/wiki/Volvo_700_Series#Volvo_780
http://www.motortrend.com/classic/features/13q1_future_classic_1987_1991_volvo_780_coupe/
http://www.volvotips.com/index.php/740-760-780/history-740-760-780/
http://www.wired.com/2010/03/geneva-motor-show-classic-the-volvo-780/
By Jessica Donaldson
When the doors to the 1985 international motor show in Geneva were thrown open to the public, the spotlight fell on an all-new Volvo model.

In technical terms, the Volvo 780 was largely based on the 760 model.Source - Volvo