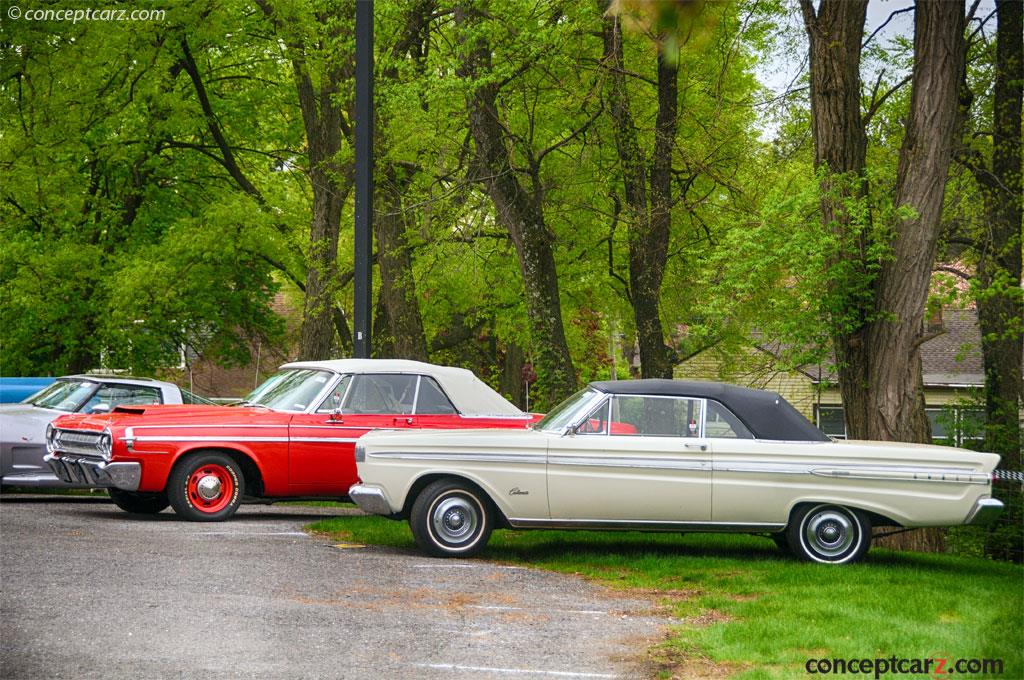 Originally the Comet was to be part of the Edsel line. However, the end of Edsel was announced on November 19th of 1959 and production of the 1960 models continued until late November. The Comet was the assigned to the Lincoln-Mercury division. It was sold as a stand-alone product for 1960 and 1961 as the Comet without any Mercury divisional badging.

Early photographs displayed a prototype vehicle with an Edsel-style vertical grille insert, and later on slanted quad headlights. From 1960 through 1965, the Comet was developed concurrently and based on the Ford Falcon platform for the sedans, but not the wagons. The 1962 and 1963 Comet shared many body and mechanical components with the Fairlane-based Mercury Meteor intermediate.

In 1964 the Comet was promoted from its economy compact position to the intermediate category with a full facelift, additional power and luxury and a new performance model called the Cyclone. With the new performance options, the Comet entered the fast-growing muscle-car market, with engine choices that included the full-race 427 cubic-inch V8 built by Detroit Steel Tubing for A/FX drag racing. With drivers that included Jack Chrisman, Dyno Don Nicholson and Ronnie Sox, the 427-powered Comets were the scourge of the competition. The supercharged Comet racecars ran in A/FX, the stock-bodied precursor to AA/FC Funny Cars, while their Ford Fairlane stablemates ran in Super Stock. 21 examples of the 1964 A/FX Comet Calients were built by Detroit Steel Tubing and it is believed that 15 still exist.

A total of 7,454 examples of the Cyclone were built for 1964. The Ford Mustang's launch campaign depleted nearly all the available marketing resources leaving virtually no marketing budget for Mercury or the Cyclone. However, Mercury's racing director Fran Hernandez bypassed the corporate rivalry with free press generated from the upstart Ford division's racing success.

Ford's solid-lifter 'K-Code' 289 CID V-8 engine was initially advertised by Mercury for the 1964 Comet, but after tooling was already made and dealer brochures printed, Ford limited Mercury to the 210-horsepower 'D-Code' 289. Hernandez, working with his engineers, searched the parts bin for supplies to upgrade the Mercury 289. They found the plentiful 600-CFM Autolite carburetor, adapted it to the 289, and transformed it into a rival for Ford's K-Code 289, which was limited by its smaller 470-CMF carburetor. To get it past Ford's top brass, the Mercury-only 289 engine was given the 'K' code. These special cars fitted with the 'K' 289 were known as the 'Cyclone Super.' Unlike the Ford Fairlane with the 289, the Mercury 'K' engines were available with the C-4 automatic transmission.

For 1964 the Comet became squarer, though still built on the unibody as the 1963 model. Its exterior was similar to the Falcon, but the grille more closely resembled the Lincoln Continental. The model designation also changed, with the performance version being known as the Cyclone, replacing the previous S-22. The base model was now the 202, the Custom became the 404, followed by the Caliente. The 2-door station wagon bodystyle was no longer offered. The Villager continued to be the top-of-the-line station wagon. The base six-cylinder engine was a 170 CID six, replacing the previous 144 CID six. The 260 CID V8 was optional, with the new 289 becoming available mid-year.

The Comet 404 added full-length bodyside moldings and the interior was available in vinyl and cloth or all-vinyl. The Village Station Wagon, priced at $2,730, was given imitation wood trim. The Caliente trim level was available as a sedan, hardtop coupe, or a convertible. They had full-length molding the sides and nameplates on the lower front fenders. Standard interior luxury features included a padded instrument panel with walnut grille trim and deluxe carpeting. The Cyclone trim level was available as a hardtop coupe with a base price of $2,650.

In the beginning, the Comet was designed as an Edsel model and not officially a Mercury until 1962. The Comet was based on a stretched Ford Falcon from 1960 to 1964. Produced by the Mercury division of the Ford Motor Company between 1960 and 1977, the Comet was classified as a compact or intermediate-sized car. With a longer wheelbase and a better grade interior trim detail, the Comet was....
Continue Reading >>

The early 1964 Comets were factory built and sent out for modifications. Competition was fierce as the other manufactures were involved as well. Big engines and weight saving seemed to be the key. Racers also discovered that moving the weight further....[continue reading]

The Mercury Comet was introduced in 1960 as a sister to the Ford Falcon. At the time, Mercury appeared to be searching for its identity, which began with the 1957 Mercury's and their space-age styling. This was followed by the practicality of the Com....[continue reading] 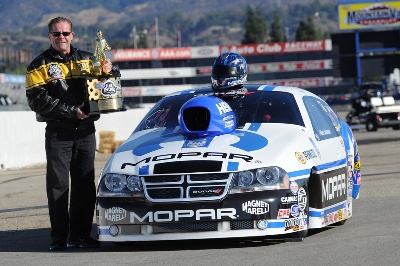 TWO CHAMPIONSHIPS AND A WIN FOR MOPAR IN NHRA FINALS

Johnson Punctuates Championship with Seventh Win of the Season Beckman Claims Funny Car Crown with Mopar Power at NHRA Finals Johnson caps his championship season with his first career win at the...