The 1930s began in poverty and ended in prosperity. For Ford, the 1939 model year would represent a 'crossover' of sorts, representing the final year of several beloved features before the company turned to the future and embraced the new decade. This would be the first year of hydraulic brakes at Ford, and the last of the full-pane side windows with 'Clear Vision' draftless vent operation, rumble seats, and crank-out windshields. This was also the final year for the DeLuxe Fords to wear the pointed nose penned by E.T. 'Bob' Gregorie, the individual who penned the original Lincoln Zephyr. The headlights, for the first time, were recessed smoothly into the front fenders, but the final time they would employ the free-form lenses.

The 1939 Ford models consisted of the DeLuxe Model 91A Eight and the Standard Model 922A Eight, with the DeLuxe models priced approximately $100 higher than the Standards. The Standard model was comprised of four body styles and included a coupe, Tudor Sedan, Fordor Sedan, and a five-passenger station wagon. The coupe had a five-window design with a single bench seat for three individuals. It offered two luggage compartments, one accessed by raising the trunk lid, and the other from inside by lifting the seatback. A total of 37,326 examples of the coupe, of all types, were built in 1939, placing it third in sales, behind the Tudor and Fordor sedans. Bodystyles on the DeLuxe included a 3- and 5-passenger convertible coupe, coupe, Tudor Sedan, Fordor Sedan, and Station wagon.

The wood-bodied 1939 Ford station wagons were built atop the passenger car platform, and most of their applications were for utilitarian purposes, many of which were for commercial application. In 1929, Ford became the first car maker in America to introduce a factory assembled station wagon, and by the close of the 1930s, they had perfected the trade. The 1939 Ford Wagons were the last to use bodied built by Murray Corporation of America with wood from Ford forests in northern Michigan. Murray would complete the wooden structure and then ship them via rail to the various assembly plants.

In 1940, the redesigned body production began at Iron Mountain, Michigan, in the Upper Peninsula. The 1939 wagons were very different than the 1940 wagons, with the latter having a forward-hinged rear door and a tailgate spare tire, rather than the rear-hinged and inside spare configuration of the previous years. 1939 was the first year for the hydraulic (12-inch) drum brakes and the final year for the floor shift transmission. New features for 1939 included optional roll-up door windows, side glass for the liftgate, and rear side panels.

Ford produced 3,277 Standard station wagons in 1939 and 6,155 examples of the DeLuxe Station Wagons.

The base engine was the 90-degree, eight-cylinder unit displacing 136 cubic inches and offering 60 horsepower. It had a cast-iron block, a Stromberg two-barrel downdraft carburetor, three main bearings, and mechanical valve lifters. The 221 cubic-inch 90-degree flathead V-8 offered 85 horsepower and 155 lb.-ft of torque. The engines were mated to a three-speed floor shift transmission and Lockheed hydraulic brakes were located at all four corners. Engines were treated to new downdraft carburetors, giving the car increased torque while the horsepower remained the same.

The 1939 Ford's had a veed grille with horizontal bars, small side hood louvers, and headlights mounted inboard. The Standard Fords received a variation of the 1938 nose, had less exterior trim, and a single taillight. The DeLuxe models had headlights in a teardrop shape and the Gregorie front end with the chrome vertically slated grille positioned lower in the hood and accented by a V-shape outline and a 'V8' emblem extending toward the hood's center pinch. The 'alligator' hood did away with separate side panels making engine access and servicing easier. Additional chrome trim was used in place of the hood louvers, and they had two taillights. The 85-horsepower eight-cylinder engine was standard on the DeLuxe.

Total production of both the Standard and DeLuxe reached 532,152 vehicles, an increase of over 122,000 vehicles from the prior year and enough to place it second in sales behind rival Chevrolet. Sales were strong for Ford, but the big news in the company was the introduction of the new medium-priced Mercury line, giving the Ford Motor Company a lineup that catered to nearly every need: Ford, DeLuxe Ford, Mercury, Lincoln-Zephyr, and Lincoln. 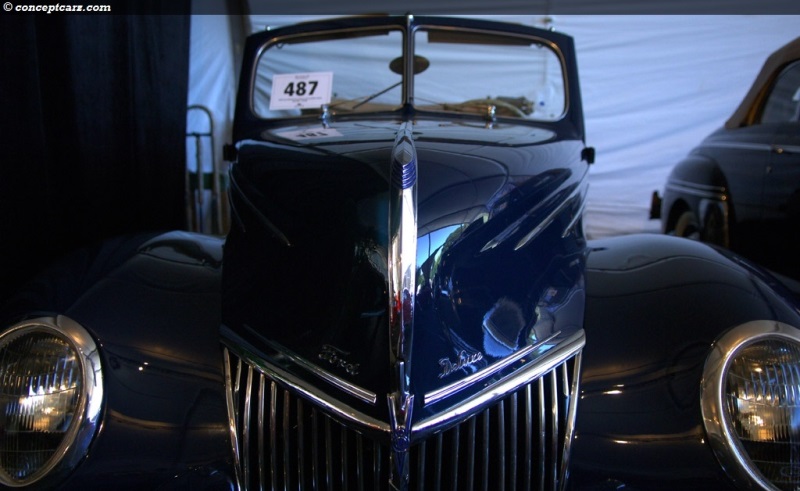 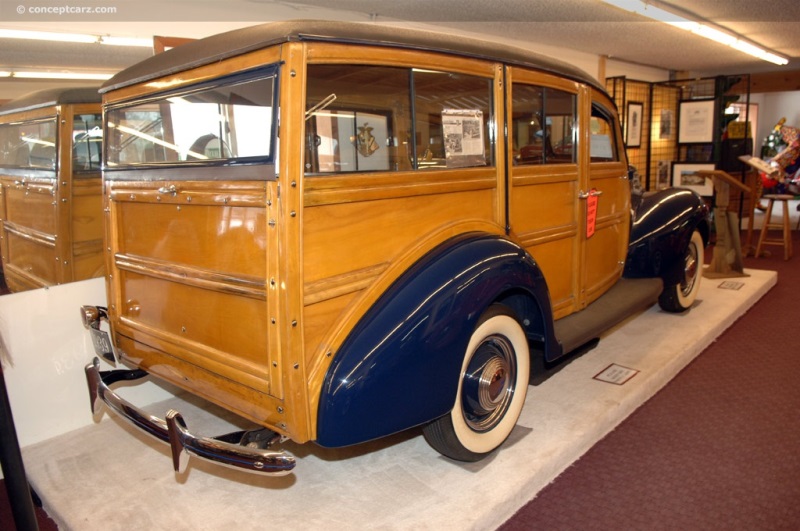 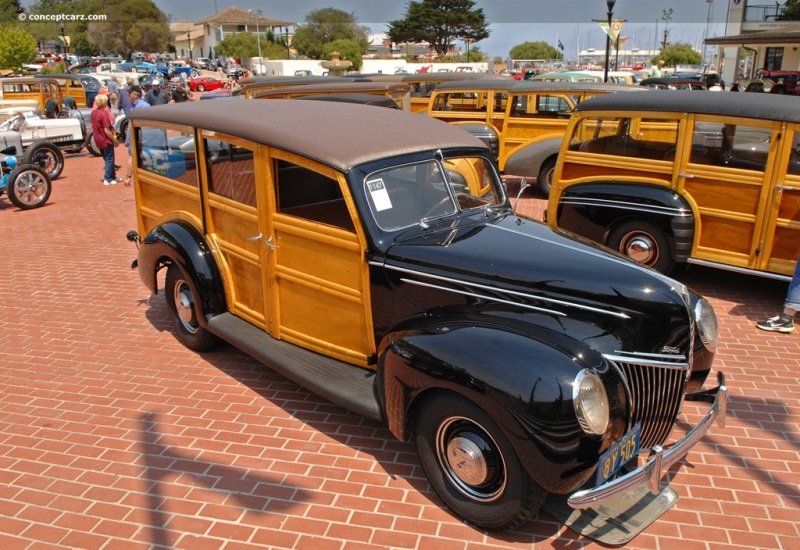 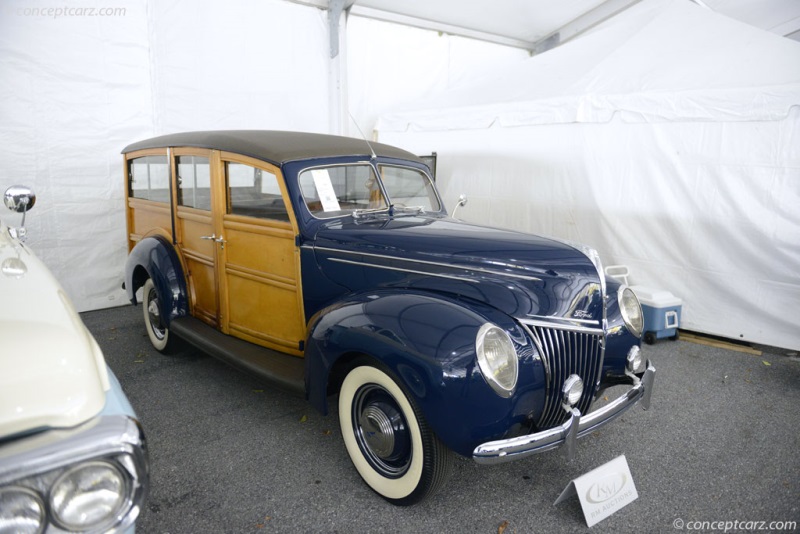 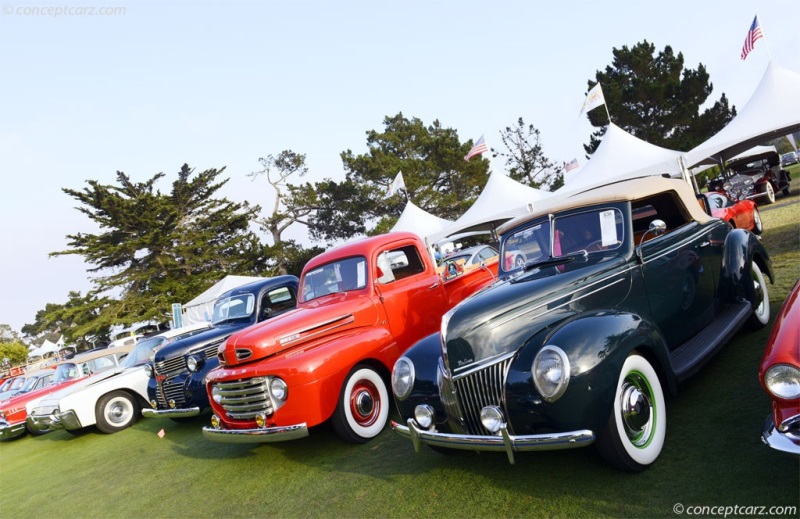 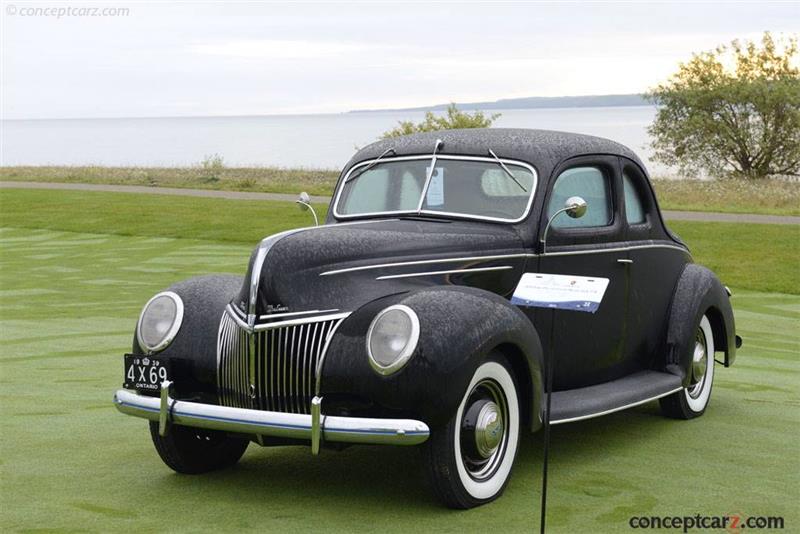 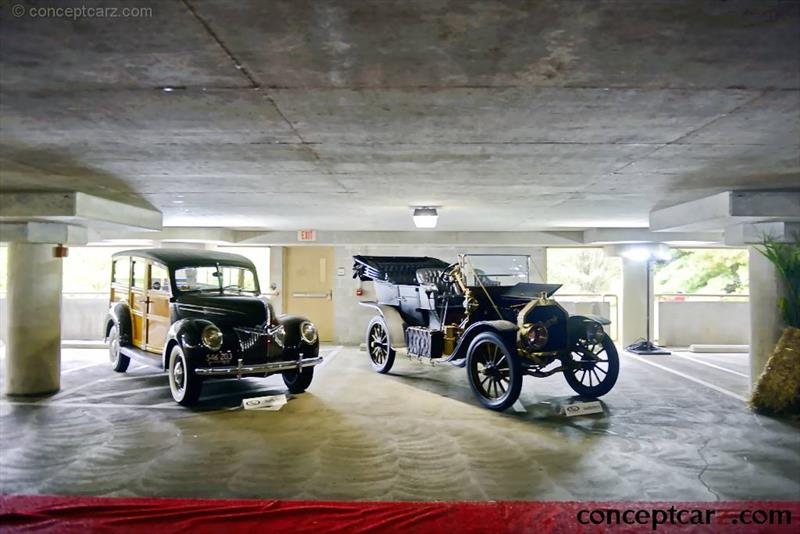 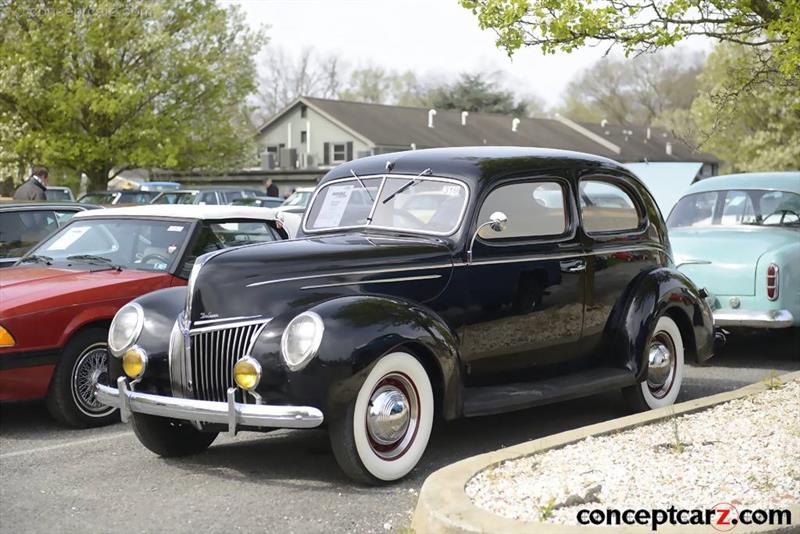 Ford Nominates Alexandra Ford English and Henry Ford III for Election to Board; Edsel B. Ford II to Retire After 33 Years as Director

Nominees will stand for election to board of directors at Fords annual meeting May 13 John Lechleiter, who has served as a Ford director since 2013, has opted not to be considered for re-election Ford Motor Company today announced that Alexandra... 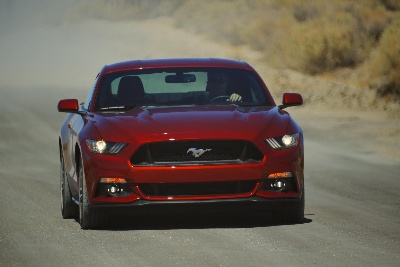 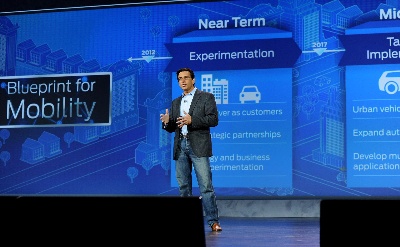