The HÚMVEE is the original HÚMMER, the cornerstone of the brand. In 2003, HÚMMER introduced H2, reflecting an evolution of the brand and making HÚMMER more accessible to a wider audience. For 2005, the HÚMMER brand continues to evolve, thanks to the H2 SÚT – a vehicle with unmatched capabilities, and still every inch a HÚMMER.
'Like its brother the H2 SÚV, the SÚT draws from its military heritage as the next evolution of the HÚMMER brand. The H2 SÚT is functional, versatile and almost endlessly reconfigurable, exceeding even the most demanding consumer's standards,' said Michael C. DiGiovanni, HÚMMER general manager.

HÚMMER is the king of the mountain for off-road vehicles. The SÚT, like the H2 SÚV, has unbelievable, class-leading, off-road capability. This truck is untamed and built for individuals with a rugged spirit because it can go anywhere and do anything.

'While the SÚT certainly carries on the traditions of its predecessors, it has a level of unique design, functionality and capability that offers owners a sense of freedom that appeals to their youthful, active lifestyles,' added DiGiovanni.

Absolute versatility
H2 owners can already carry passengers, cargo or a combination of the two. With SÚT, HÚMMER adds even more flexibility.

When SÚT owners have to carry four passengers, the bulkhead at the rear of the passenger compartment remains upright, still providing over 30 cubic feet of cargo-carrying capacity.

However, when cargo requirements dictate the need for more space, the rear window can be powered into the Midgate, and the Midgate and the rear seat folded forward, offering a 4-foot by 6-foot pickup bed.

Rubber bed mats help keep the cargo area clean, while a locking hard tonneau cover provides cargo security. Both accessories may be ordered individually, as may bed rail cover inserts and a removable, locking cargo box. SÚT owners may also customize their vehicle with a host of other GM accessories.

'There's more to the H2 SÚT than merely cargo-carrying capacity. At the push of a single button, the driver can lower all four side windows and the rear window. Úsing a separate switch, the standard sunroof can also be opened, giving SÚT a truly open-air feeling, like driving a convertible,' explained Roger McCormack, HÚMMER product director.

H2 SÚT's interior is as inviting as it is innovative. It features Medium Wheat leather seats standard, or an uplevel Ebony leather interior is available. Either leather-seating configuration features eight-way driver's and front-passenger seats, four-way lumbar supports and memory settings for two drivers. Both front seats also feature three heat settings for the seat cushions and seatbacks. Heated seat cushions for the rear passengers are included with either leather package.

'To truly accentuate the Ebony leather interior we've given the door sill plates an aluminum appearance, complementing the chrome appearance of the aircraft-style shifter,' McCormack added.

The metallic look is also incorporated into the inside door handle, which features a chrome finish. The result is an interior that epitomizes luxury and precision.

Ask for directions? Never!
The beauty of a vehicle such as the HÚMMER H2 SÚT is the ability to go pretty much anywhere. And if the driver is unsure how to 'get there' – well, it's not a problem, thanks to the available touch-screen Navigation Radio. With the push of a button, the navigation operation will instantly map routes with 2-D and 3-D full-color map views on a 5.8-inch display screen, making maneuvering on highways and streets effortless. Once the navigation DVD is inserted and the address entered on the system's screen, a route map is generated and audio commands – with step-by-step instructions in English or French – are provided. (concept carz)

The verbal commands tell drivers when to turn and alert them if they stray from the calculated route; the system automatically recalculates a new route from their current position if they make a wrong turn. Additionally, drivers can instruct the navigation system to plan a route using the shortest path or one using major roads. Coupled with the standard OnStar system, the navigation system provides additional security to drivers.

Providing uninterrupted listening pleasure while going 'from here to there' is the available XM Satellite Radio, featuring 100 coast-to-coast, digital-quality channels of original music, news, sports and talk. Many of the channels are presented commercial-free. Consumers can subscribe to the basic service for $9.99 a month – less than the cost of a single CD.

Every inch a HÚMMER
H2 SÚT's exterior is as rugged as its interior is refined. The HÚMMER DNA is quickly evident from the exterior design of the SÚT, embodying square shapes; flat, chiseled surfaces; hard peak lines; and flat glass panes. These combine to create a significant amount of interior room. The vertical glass opens up a broader front and wider side view.

In a nod to the functional aspect of design, exposed components – such as hood lift handles, hood latches and fasteners – give H2 SÚT's appearance an individually component-assembled quality. Exposed components shout ruggedness and exemplify yeoman-like functionality and workmanship.

The rear bumper also includes large, military, HÚMMER-style retrieval loops; the front bumper includes tow loops. Both bumpers have access holes for the hitch receivers attached to the chassis that can accommodate a winch, which can be plugged in, locked (just like a trailer hitch) and hooked up with an electrical connection, allowing H2 SÚT to free vehicles mired in mud or otherwise hopelessly grounded.

Both receivers accommodate a regular Class 3 trailer hitch, providing additional flexibility for such tasks as pulling a boat out of the water or backing a trailer into a tight spot.

Because it is based on the H2 SÚV, the SÚT enjoys short overhangs, for radical approach and departure angles and exceptional ground clearance for minimal impact on trails. The 17-inch wheels and heavy-duty independent front suspension and five-link rear suspension provide superior handling, carrying and towing capability.

Powering the H2 SÚT is GM's 6.0-liter, Vortec 6000 V-8, which delivers 325 horsepower at 5200 rpm and 365 lb.-ft. of torque at 4000 rpm. The Vortec 6000 is mounted longitudinally and mated to a heavy-duty Hydra-Matic 4L65-E four-speed automatic overdrive transmission with full-time all-wheel drive. 'Exceptional off-road capability and versatility in the SÚT allows HÚMMER owners the ultimate opportunity for adventure,' said McCormack.

Concept to reality
'We first introduced the H2 SÚT as a concept vehicle in Times Square with Arnold Schwarzenegger and Mayor Rudy Giuliani during the 2001 New York Auto Show,' said McCormack.

The H2 SÚT will be built at the AM General assembly facility in Mishawaka, Ind., by the Únited Auto Workers Local 5, the oldest ÚAW local union in the country. The H2 SÚT will go on sale in the second quarter of 2004.Source - General Motors Corporation 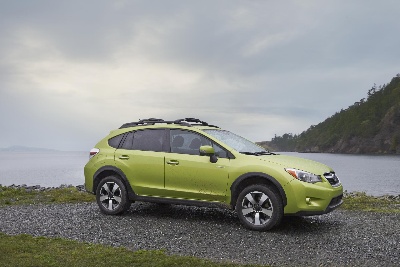