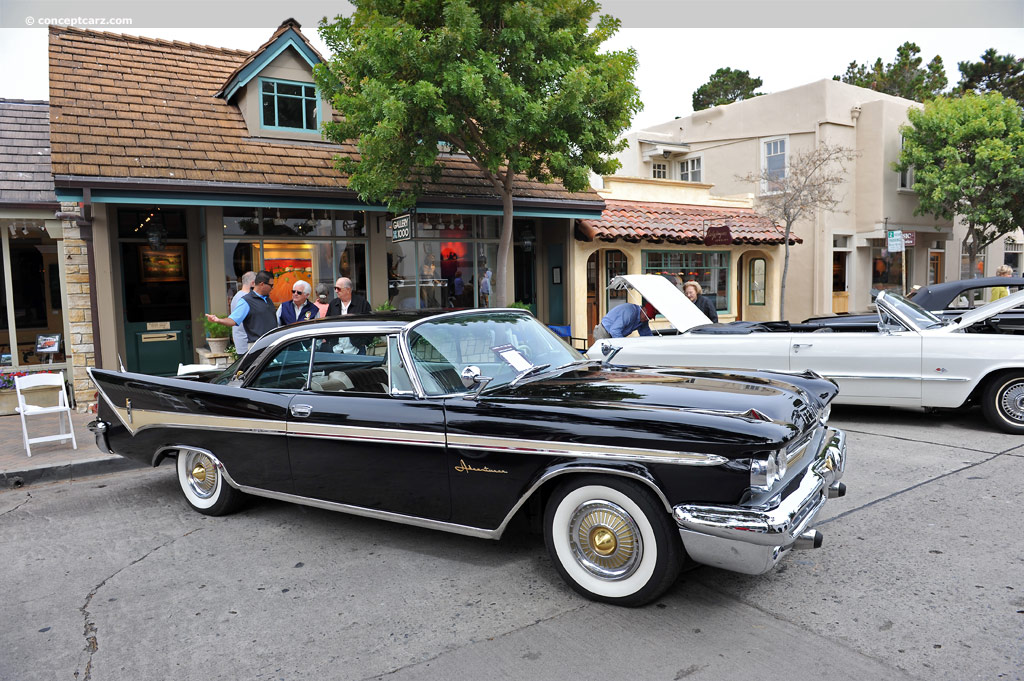 In 1959, DeSoto produced only 97 examples of their Adventurer in a convertible bodystyle. There were 590 examples built in the Sportsman 2-door, 6-passengers configuration. ....[continue reading]

This 1959 DeSoto Adventurer 2 door hardtop is one of only 590 built. It has gold trim, emblems, truck strips, dual antennas, mirrors and wheel covers which were all standard equipment on this rare high performance model. Power is from a 350 horsepowe....[continue reading]

In 1959 DeSoto, a division of Chrysler Corporation, had an upturn in sales for their Adventurer model - at 687 units - compared with the previous year, but nothing could stem the 40 percent drop in divisional sales for the year. Desoto brand was not ....[continue reading]

The Adventurer series was created by DeSoto to compete with such other performance cars as the Plymouth Fury Sports Coupe and the Chrysler 300. The first Adventurer, a two-door hardtop coupe that was technically a Fireflite subseries, rolled out of t....[continue reading]

45,734 total vehicles produced by DeSoto in 1959
Total 1959 DeSoto Adventurer production: 0
© 1998-2020. All rights reserved. The material may not be published, broadcast, rewritten, or redistributed.