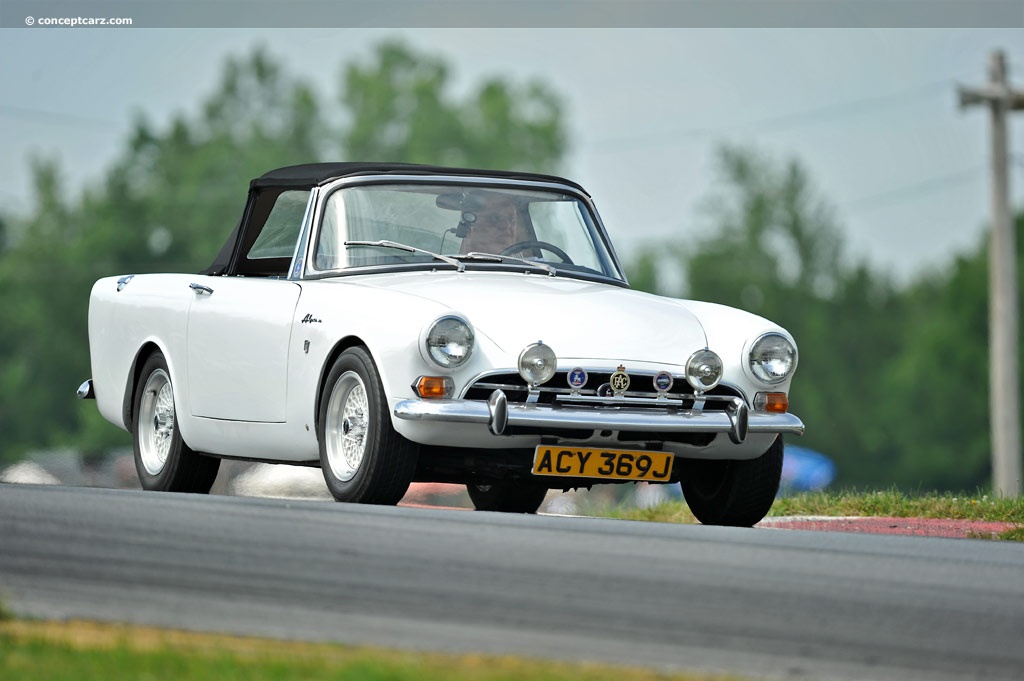 The Sunbeam Alpine was introduced in 1953 and its arrival was historic, as it was the first vehicle to bear the Sunbeam name alone since the 1920 merger of Sunbeam, Talbot, and Darracq. It was a derivative of the Sunbeam-Talbot 90 Saloon, and thus (in modern times), is often referred to as the Talbot Alpine. It was the work of Sunbeam-Talbot dealer George Hartwell in Bournemouth who was working on a rally car. The Sunbeam Alpine was powered by a four-cylinder engine that displaced 2267cc and mated to a four-speed manual gearbox. Hydraulic drum brakes could be found in the front and rear and had a Burman variable-ratio steering setup. The Mark I and Mark III were in production from 1953 through 1955; there was no Mark II. Around 3000 examples were produced during this time and each was hand-built at Thrupp & Maberly. Most were exported to the USA as left-hand drive models. It is believed that around 200 examples still exist.A redesigned version appeared near the close of the 1950s. It was designed by Kenneth Howes and Jeff Crompton and given a two-door roadster configuration. Production lasted until 1968 with around 70,000 examples produced.
In 1960 the engine was enlarged to 1592cc. In 1963, the Alpine became available in both open and removable hardtop versions. The following year, the smaller engine option was no longer available. The rear had received re-styling with the downsizing of the fins being the most notable change.
The final version was the Series V which began in 1965 and continued until 1968. It had a larger 1725cc engine, with five main bearings and twin Zenith-Stromberg semi-downdraught carburetors. The automatic gearbox that was offered since 1964 as an option was now no longer available.
By Daniel Vaughan | Jul 2008