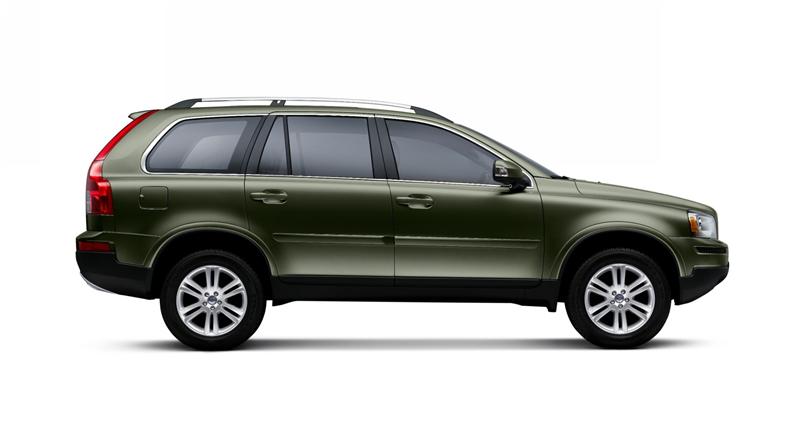 The Volvo XC90 is a successful car, with a range of innovations that has elevated the segment into an entirely new dimension, resulting in segment leading sales in main SÚV markets. 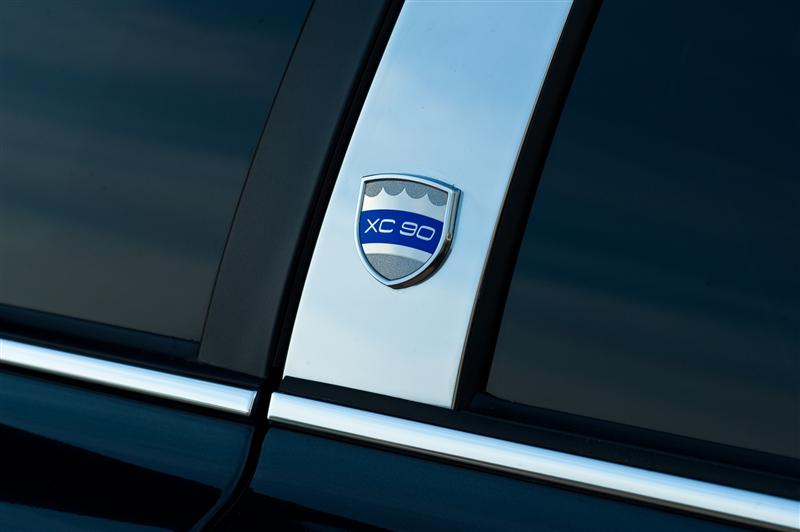 Over time, Volvo Cars has refined the XC90 to boost its competitiveness and with the R-design concept with specially tuned sport chassis, Inscription for a sophisticated interior and all the safety features available it is a premium SÚV.
The acclaimed seven-seater has been injected with more sophisticated lines and materials and an even more rewarding driving experience without compromising demands on safety and environmental properties. 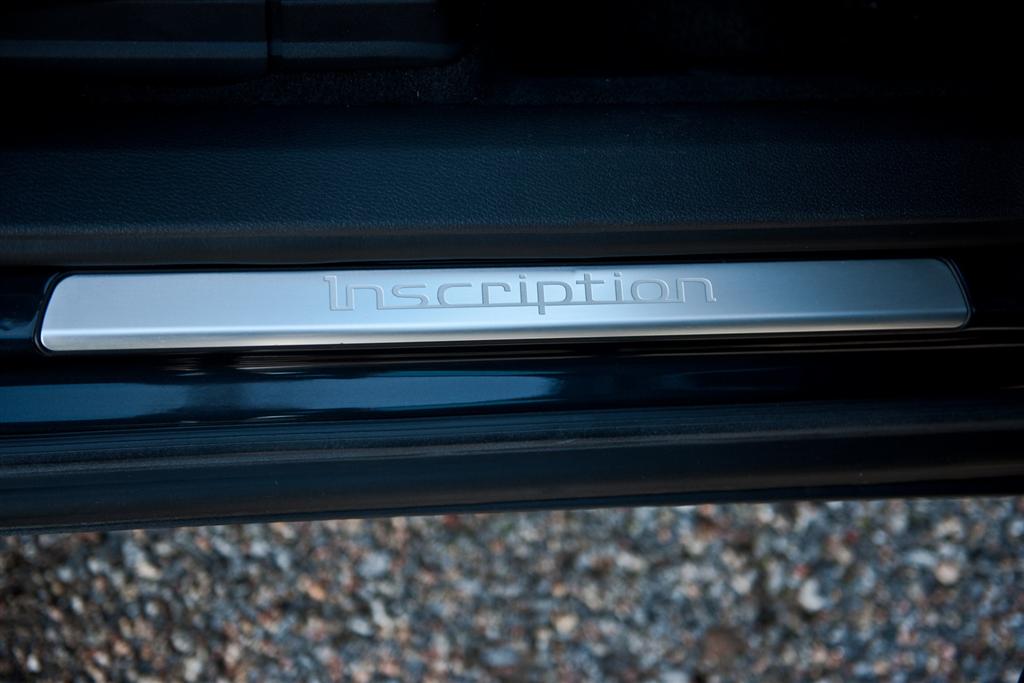 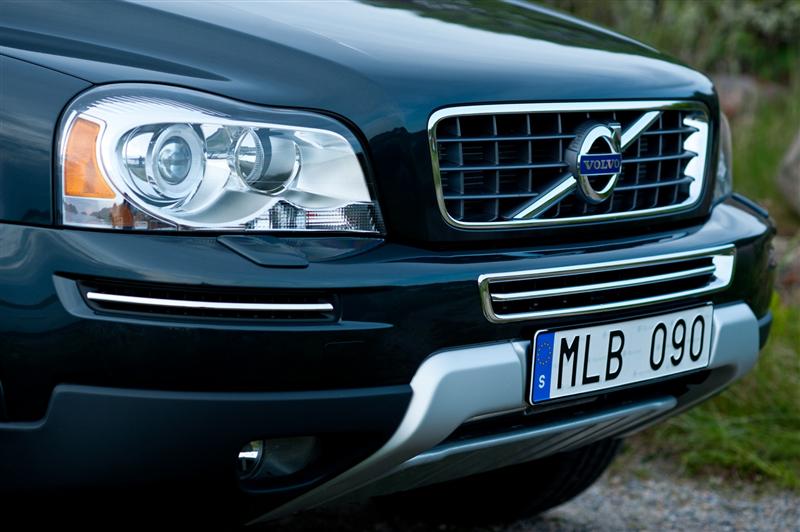 Slim, exclusive lines
The Volvo XC90 boasts a modern and elegant appearance. It is a spacious and flexible crossover model that combines the passenger car's handling and comfort with excellent get-you-there ability and flexibility. The XC90 is designed to give an elegant, muscular and robust impression. This has been achieved through a number of refined details including a grille with more chrome and bumpers with a greater degree of colour coding. All versions of the XC90 have colour-coded side trim mouldings and door handles. As an alternative to black roof rails, brushed aluminium can be specified as an option.

Exterior colours
The following colours are available for the Volvo XC90: 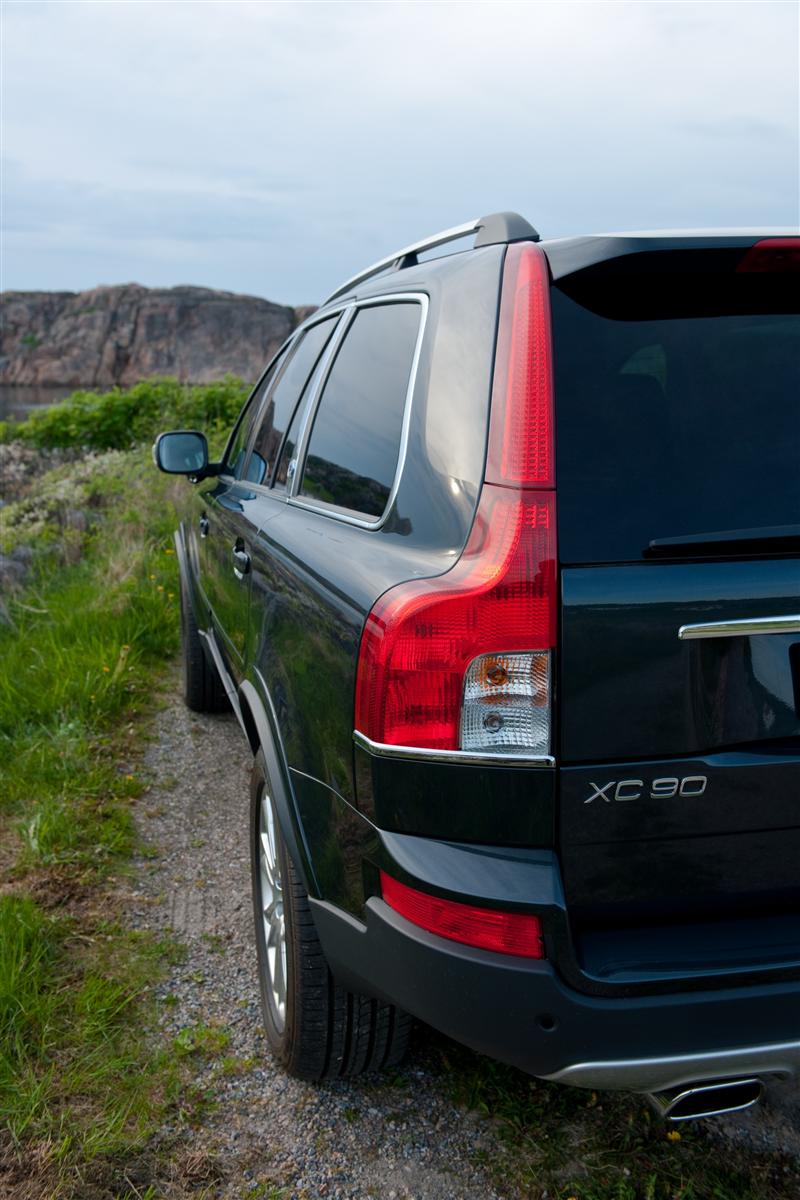 
Exclusive Executive and bold R-Design
The XC90 is also available in an even more exclusive Executive version with a number of new features that further elevate its level of cosseting luxury. The R-Design version boosts the XC90's sporty aura and gives the car a more driver-focused character.

INTERIOR
Seven seats
The passenger compartment is very spacious and features a modern uncluttered design. Seven seats are standard on most markets.

On some there is also a five seats alternative.

The seating position gives the driver a commanding view over traffic and the passengers a comfortable seating position. All the passenger seats can be folded to create a fully flat loading floor. The tailgate is divided into an upper and a lower section. This makes the Volvo XC90 a very flexible and versatile car in every day usage. A number of refinements have been made to give the interior an even more luxurious aura, including the watch dial-inspired design of the instruments that is standard.

Passenger car drive
The XC90 is built as a passenger car, with a unitary body and the same type of chassis as that found in Volvo's sedan models. The chassis, with spring struts at the front and Multilink axle at the rear, are tuned for a stable, controlled drive and alert steering response. The Multilink rear axle is an independent rear suspension system featuring a number of links and it is designed to offer a good combination of controlled wheel movements and high ride comfort. A long wheelbase and wide track, together with a very torsionally rigid body, contribute to the predictable, controlled driving manners.

All-Wheel Drive (AWD) for enhanced stability
All-Wheel Drive is an electronically controlled system that distributes engine power between the front and rear wheels quickly and automatically, depending on which wheel pair (front or rear wheels) has the best grip at the moment. The system helps enhance stability and reduces understeer and oversteer, contributing to increased driver control and a comfortable ride.

The system is equipped with PreTension® which improves take-off speed and delivers higher traction on slippery surfaces.

V8 AWD with 315 hp
The efficient top-of-the-line 315 horsepower V8 petrol engine is mated to a six-speed automatic transmission and is the most compact V8 in its class.
Advanced emission control featuring four catalytic converters reduces harmful emissions beyond the standards required byt current legislation, such as Euro 4 and California's ÚLEV II, making this V8 among the cleanest in its class.

D5 with 185 hp
The Volvo XC90 can also be specified with the high-performance D5 engine that produces 185 horsepowers and 400 Nm of torque.

DRIVER SÚPPORT AND SAFETY SYSTEMS
Roll Stability Control (RSC) and Roll-Over Protection System (ROPS)
Roll Stability Control is an active system that intervenes in situations when the car senses that there is a risk of rolling over. This function helps stabilise the car and reduces the risk of rolling over in an accident. If a rollover accident should still occur, the Roll-Over Protection System helps protect the passengers. A network of beams in the body structure helps distribute and absorb the resulting forces. In addition, an electronic sensor registers if the car is about to roll over and accordingly activates the seat belt pre-tensioners and the Inflatable Curtains.

Strong body structure
The Volvo XC90 is a modern SÚV, built like a passenger car with highly efficient deformation zones, a low centre of gravity and advanced systems to help minimise the risk of personal injuries, irrespective of the situation and accident type.

The exterior systems have the task of distributing and absorbing incoming collision forces so that the passenger compartment remains as intact and undamaged as possible. A gently rounded front and an extra beam below the front bumper help reduce the risk of injury to other road users.

SIPS, WHIPS and extended IC
Volvo Cars has developed a number of in-house functionality and driver support, such as WHIPS (Whiplash Protection System), SIPS (Side Impact Protection System) and IC (Inflatable Curtain). All are fitted as standard in the Volvo XC90.
Certain components have undergone further development specifically for the XC90 model. For instance, the Inflatable Curtain has been extended so that it also covers passengers in the third row of seats. All seven seats are equipped with three-point inertia-reel seat belts, belt pre-tensioners and head restraints.Source - Volvo