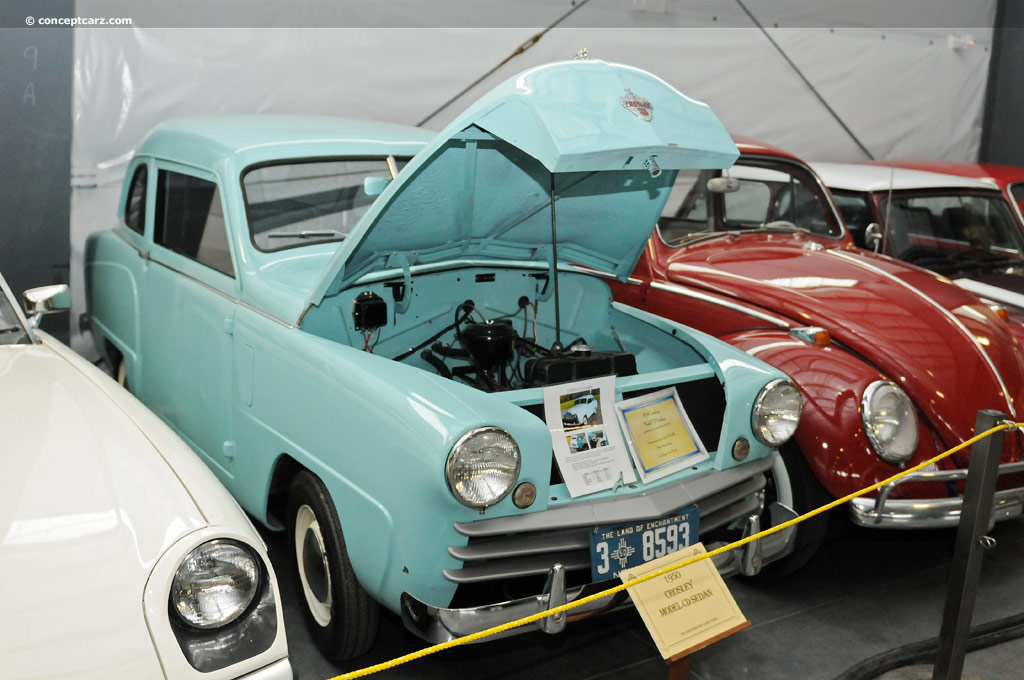 The diminutive Crosley was constructed in Cincinnati, Ohio from 1939 through 1952. This would mark as the last of the American attempts to mass produce a microcar. Among the highlights of Crosley Motors were the first fleetside, full bed-pickup in 1947, first disc brakes on American car (1949), and the winner of the first Sebring race, using the European handicap system in 1950. In 1948, the built more station wagons than any other United States automakers.

Crosley introduced its restyled cars in November of 1948 and featured new front-end sheet metal. They were available as a Deluxe Sedan, Convertible and a Station Wagon with prices beginning in the mid $800s. Production never reached high numbers; the first year alone saw a mere 6,679 examples constructed.

On the front of the CD was a Crosley shield medallion with a new type of hood mascot. The wheel openings were reshaped, the front fenders had a new revised shape with the headlights integrated into the front end, and the hood became broader. The license plate holder was moved from the left-hand side to the center of the deck lid.

Though little changed for the 1950 model year, the Crosley Series CD was available as a Standard or Super model, still available as a 2-door sedan, station wagon, or convertible. Powering the car was a four-cylinder engine that displaced 44 cubic-inches and produced 26.5 horsepower. It had a three-speed non-synchromesh manual transmission. The wheelbase measured 80 inches.

The Crosley Automobile Company was novel from day one of production. Originally built with an air-cooled 2-cylinder engine, the post-war models advanced with the stout 26.5 horsepower overhead valve cast iron engines offered in a wide variety of body....[continue reading]