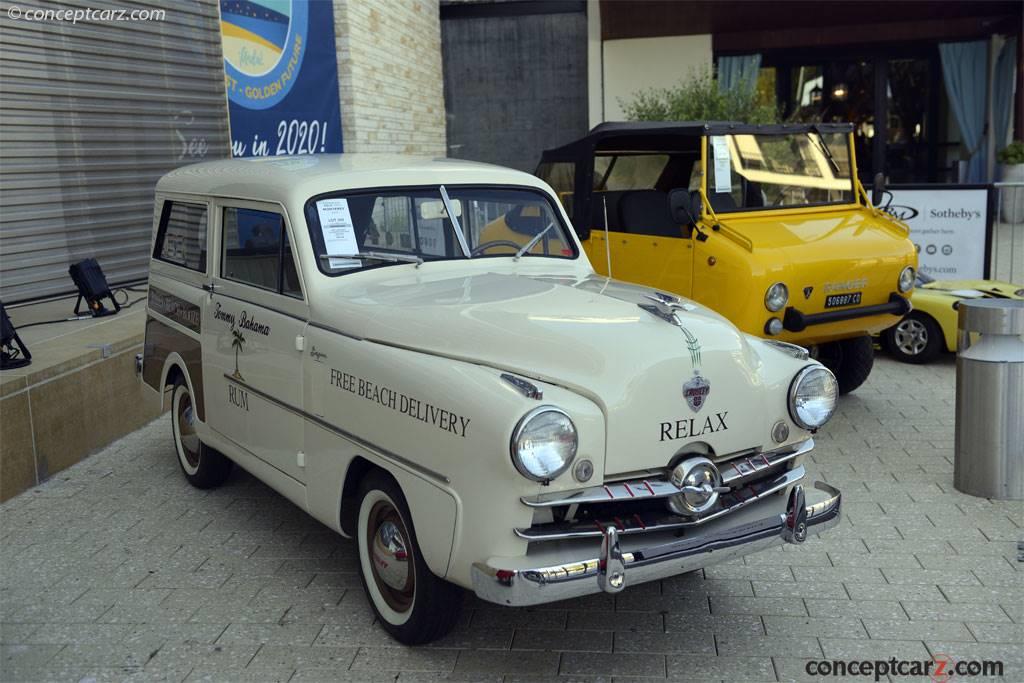 Powel Crosley Jr. pioneered the low-cost radio receiver, then founded WLW, a high power broadcasting station in Cincinnati, Ohio, to give his radios something to receive. His Crosley Shelvador refrigerator had shelves in the door which proved so popular, it set the pattern for future modern fridges. In 1939, he introduced a small, low-cost car called the Crosley automobile. Crosley had experience building auto parts and accessories, so building a car was not a dramatic leap at first glance. To keep costs to a minimum, the Crosley interior was Spartan and lacked non-essential items. Power was from an air-cooled Waukesha flat-twin engine backed by a three-speed manual gearbox. They had meager dimensions but had several notable innovations, including being the first American cars with 4-wheel caliper type disc brakes (introduced in 1949), the first mass American produced Overhead Camshaft engine, and the distinction of coining the term, 'Sports Utility.'

When World War II came to a close, Crosley moved his car upmarket with a four-cylinder engine designed for military use by Lloyd Taylor. The engine had a block of steel cylinders, a tin-plated sheet metal water jacket, and a shaft-driven overhead cam. It was called the Crosley Cobra (COpper BRAzed) and weighed just under 60 pounds. Body styles initially consisted of a convertible and a two-door sedan. In 1948, a steel-roofed station wagon was added, which soon became the most popular bodystyle in the lineup.

The Crosley sold for around $850 and could achieve 45 miles to a gallon. Approximately 75,000 of these small economy cars were built and sold prior to production coming to a close in 1952 due to the larger, more popular cars of the era.
by Daniel Vaughan | Dec 2019

The diminutive Crosley was constructed in Cincinnati, Ohio from 1939 through 1952. This would mark as the last of the American attempts to mass produce a microcar. Among the highlights of Crosley Motors were the first fleetside, full bed-pickup in 1947, first disc brakes on American car (1949), and the winner of the first Sebring race, using the European handicap system in 1950. In 1948, the built....
Continue Reading >>

This 1951 Crosley Super Station Wagon has a cream-and-wood exterior, with matching tan-and-white interior. It is finished as a Tommy Bahama beach-themed van. Power is from a 725cc engine backed by a three-speed manual transmission.....[continue reading]