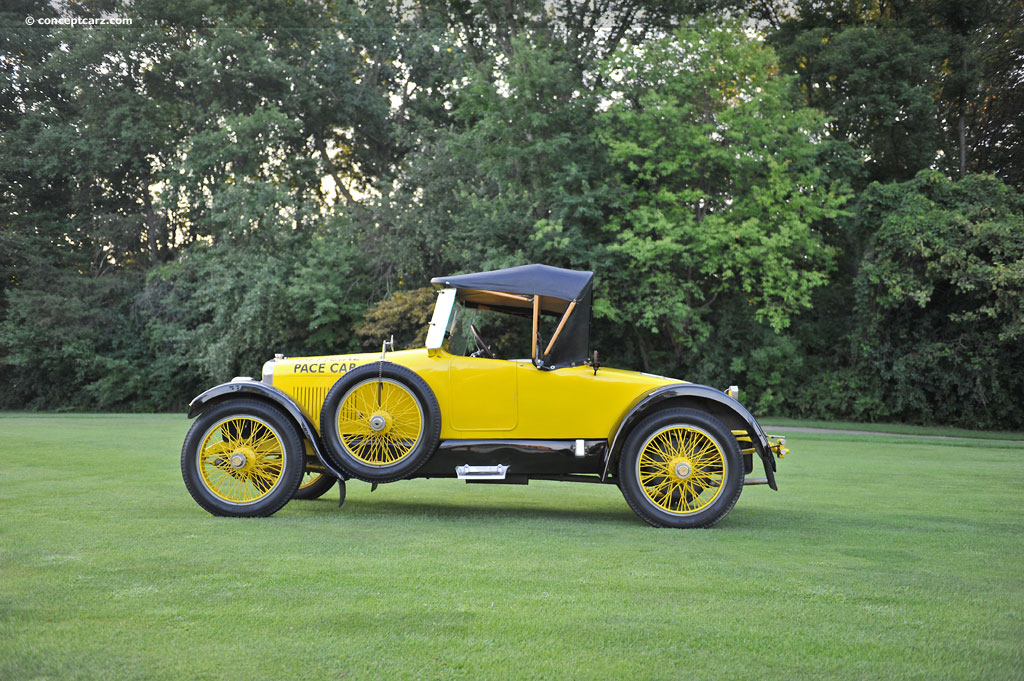 After Harry C. Stutz resigned from the company bearing his name, he announced a new companying using the initials from his name would be formed. The H.C.S. Motor Car Company was formed in Indianapolis, Indiana was produced vehicles from 1920 to 1925.

The first H.C.S. vehicles were the Series II that had a 120 inch wheelbase and was powered by a four-cylinder engine that offered 50 horsepower. Two bodystyles were available, a four-passenger touring and a roadster.

In 1923, Tommy Milton drove an H.C.S. to victory at the Indianapolis 500, though it was comprised of many components from Miller.

In October of 1924, harry Stutz announced the formation of his H.C.S. Cab manufacturing Company which succeeded the H.C.S. Motor Car Company. Emphasis was now on taxicabs rather than passenger cars. The last H.C.S. production cars were built in 1925. The H.C.S. Cab Manufacturing Company went into receivership a short time later, in 1927. The bad news continued, as Harry C. Stutz died in 1930.
by Daniel Vaughan | Aug 2011
Vehicle Profiles

The Firestone brand will return as presenting sponsor of the Road Racing Drivers Clubs fifth annual West Coast banquet honoring auto racings most influential leaders. This year, on Thursday, April 18,...
© 1998-2020. All rights reserved. The material may not be published, broadcast, rewritten, or redistributed.