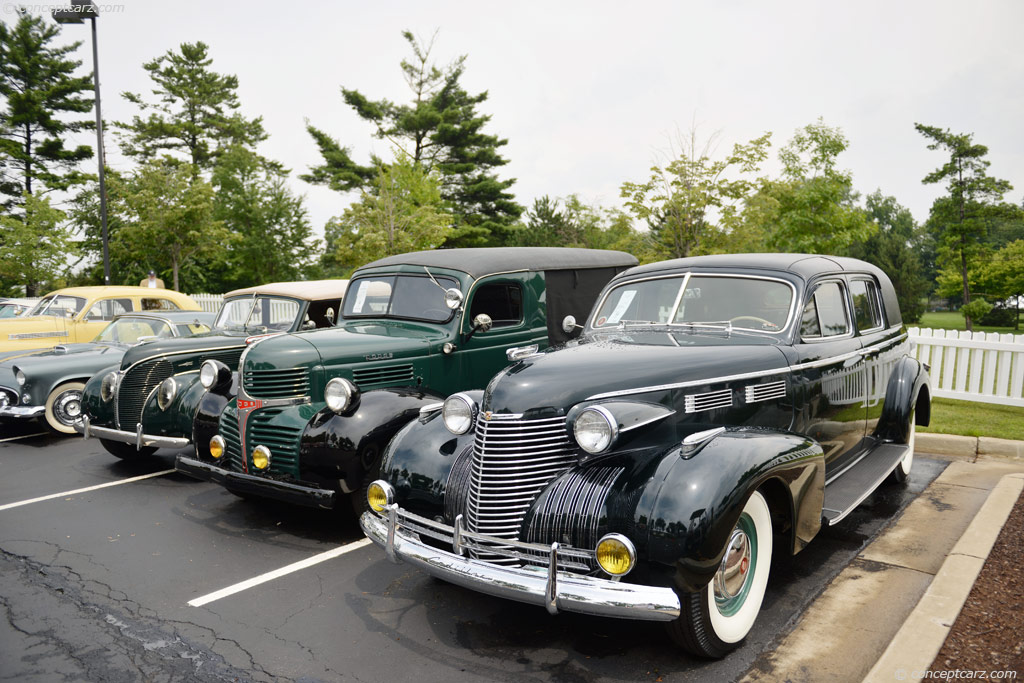 Cadillac introduced its largest, most exclusive, expensive, and powerful range of models during the Great Depression era, along with a companion marque named LaSalle that - unintentionally - siphoned sales away from Cadillac. The vast resources of the General Motor corporation allowed Cadillac to persevere during economic hardships.

LaSalle sales had consistently exceeded Cadillac's since 1933, however, management decided to discontinue the brand after 1940 as Cadillac's reputation was better established. In anticipation of Lasalle's departure, and with Cadillac management apparently confident that the Great Depression was in its waning days, the 1940 line was broad and bold. Cadillac's catalog listed over forty body styles across six series, one of which was the new Series 72, a smaller companion to the Series 75, the top-of-the-line V-8-powered models coachbuilt by Fleetwood. Many of the Series 75's formal sedan and limousine body styles were available on the Series 72, but on a chassis that was three inches shorter (at 138-inches). External differences and changes were limited to unique high-mounted taillights. The recirculating ball steering was tested on the Series 72 for 1940 and installed on all Cadillac models for 1941.

All 1940 Cadillac vehicles were powered by an L-head, eight-cylinder engine with a 346 cubic-inch displacement, hydraulic valve lifters, three main bearings, and a Stromberg carburetor. The Series 62 and Series 60S had 6.25:1 compression and developed 135 horsepower at 3,400 RPM, while the 6.7:1 compression of the Series 72 and Series 75 brought horsepower to 140 bhp. All models were equipped with a three-speed selective synchromesh manual transmission with a single disc clutch and gearshift controls on the column (for left-hand drive configuration). Hydraulic four-wheel drum brakes provided the stopping power, and the suspension was independent in the front with coil springs and a live axle in the back with semi-elliptic springs.

The combined 1,525 units of the Series 72 built in 1940 accounted for approximately twelve percent of Cadillac's total production. The Series 72 did not return for 1941, making it a 'one-year wonder' that was not repeated past its inaugural season.

For 1940, Cadillac offered six series with over 40 body styles divided between them. The Series 72, which rested on a 138-inch wheelbase (2nd largest in the line-up) was available in six body-styles plus an additional two 9-passenger business body st....[continue reading]