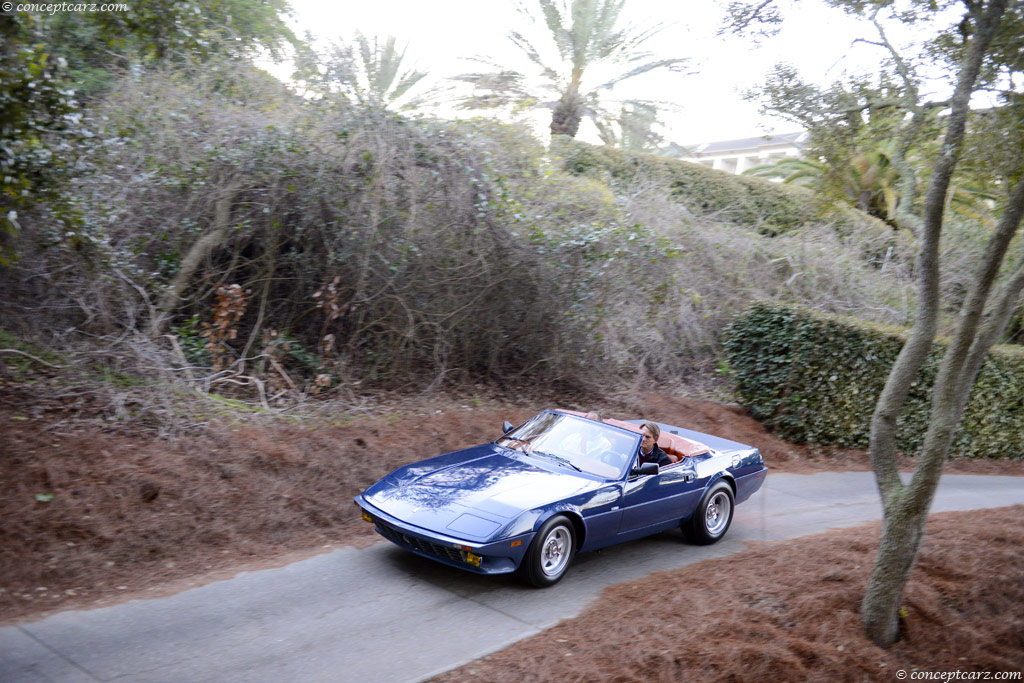 During the mid-1970s Giovanni Michelotti created a series of five open cars during the mid-1970s based on the Ferrari 365 GTB/4 Daytona. These hand-built vehicles wore similar body designs that were angular and wedge-shaped with a single unwavering beltline that traveled the entire length of the vehicle. Since they were individually built, each example was unique with many distinguishing details and features.

The first example was commissioned by NART principal and U.S. importer Luigi Chinetti in 1974 for the Turin Motor Show. Chinetti understood the American market and the allure of the drop-top. His influence spawned the 250 GT California dual-purpose road car of that late 1950s that could be driven along the California coast with the top down or at the race track. Chinetti used the same formula on the 275 GTB Coupe, where he commissioned 10 drop-top examples for road-and-track use. Unlike the 275 GTS Spyder, the 275 GTB 'NART Spyder' followed the design of the 275 GTB Coupe. These examples may have used the California designation, but it was already in use on a different model - the Ferrari 365 California.

The Michelotti-built 365 GTB/4 Daytona NART Spider had molded bumpers, a Targa top, and cut-down doors. A second example was commissioned by Chinetti (chassis number 15965) for the 1975 24 Hours of LeMans but later withdrew all NART entries after a disagreement with race officials.

The final three examples were ordered by Chinetti in 1976 to be configuration to road-going specification. The total number of 365 GTB/4 Daytona NART Spiders built by Michelotti was five, with one being configuration for competition use. The other cars, often retained the factory-installed air conditioning system, power windows, and various other amenities common to the North American market.
by Daniel Vaughan | Apr 2020

RM Auctions returns to the Arizona Biltmore Resort %26 Spa in Phoenix from January 16–17 to kick off its 2014 collector car season Expanded to two days in 2014, the well-established sale will celebr...
© 1998-2020. All rights reserved. The material may not be published, broadcast, rewritten, or redistributed.