With a new appearance and new features introduced in 2014, the Camaro lineup rolls into 2015 – its final year in the fifth generation – focused on delivering the balance of style, performance and efficiency that has helped make it the segment's best seller four years running and Chevrolet America's best-selling brand of performance cars.

Camaro adds a new exterior color to its palette in 2015: Blue Velvet Metallic.

Camaro design details
The front-end appearance on LS, LT, SS and Z/28 models introduced in 2014 conveys a sleek appearance, with a decidedly serious attitude. SS models are distinguished by a vent-style hood inspired by the ZL1.

Because of the unique cooling needs of the supercharged ZL1, it does not share the same front fascia as the rest of the Camaro lineup.

The rear fascia on all models – including ZL1 – features diffuser styling and exhaust outlet, along with one-piece taillights. The RS package and Camaro ZL feature taillights with light-emitting diode lighting elements.

The RS package is available on LT and SS, featuring unique grille and separate fog lamps from the daytime running lamps. It also includes 20-inch flangeless aluminum wheels, a rear spoiler on LT coupe (spoiler is standard on SS and all convertible models), high-intensity discharge headlamps and a body-color 'shark fin' antenna.

All convertible models feature a standard rear vision camera system. It is also standard on 2LT and 2SS coupes and available on 1LT and 1SS coupes with the Rear Vision package, along with rear park assist.

The convertible top color choices are black and beige.

Interior design and features
The Camaro interior's balance of heritage and contemporary features provides a fun and comfortable environment for up to four. An ambient lighting package on 2LT and 2SS trims gives the interior a special glow with LED light pipe technology.

Additional comfort and convenience include a standard driver's foot rest (dead pedal), power windows with express up/down, an auxiliary gauge panel in the center console – standard in 2LT and 2SS – and a ZL1-inspired shift knob for all manual transmissions. A leather-wrapped, three-spoke steering wheel is standard on LT and SS. The driver information center features a full-color display on 2LT and 2SS models.

A head-up display, which projects key instrument, Turn-by-Turn navigation and audio system details on the windshield, is part of the 2LT and 2SS trim packages. It features new, color readouts for 2014. And complementing the new MyLink infotainment system is a six-speaker sound system on LS, 1LT and 1SS. A 245-watt, Boston Acoustic nine-speaker sound system is standard on 2LT and 2SS – and available on 1LT and 1SS.

Interior color and trim choices include Black, Beige, Gray and Inferno Orange and Blue. The Inferno Orange and Blue combinations include orange or blue leather seats, respectively, along with accent stitching on the steering wheel, shift knob, door armrest, center console and seats, along with orange or blue appliques on the instrument panel and door panels. SS models feature 'SS' embroidery on the front seats.

MyLink details
Chevrolet's color touch radio with MyLink infotainment is available on LT, SS and ZL1 models. The color touch radio, with a seven-inch touch screen, also can be paired with an available in-dash GPS navigation system – a first for the Camaro.

The color touch radio with MyLink gives customers a higher level of in-vehicle wireless connectivity and customized infotainment options, while building on the safety and security of OnStar. It seamlessly integrates online services such as Pandora® internet radio and Stitcher SmartRadio® using hands-free voice and touch-screen controls via Bluetooth-enabled phones.

Camaro powertrains
Standard in LS and LT models is the LFX-code 3.6L V-6, rated at 323 horsepower (241 kW) and enabling EPA-estimated 30-mpg highway mileage (2LS model). Many lightweight engine features contribute to that, including an integrated cylinder head/exhaust manifold design that saves about 13 pounds per engine, when compared with a conventional, non-integrated design.

A dual-mode exhaust system is available on Camaro SS models with the six-speed manual transmission. (posted on conceptcarz.com) Similar to the systems found on the ZL1 and Corvette models, this vacuum-actuated system provides a quieter driving experience at low engine speeds and a more aggressive sound when aggressive acceleration is called for.

Camaro chassis and suspension
Camaro features fully independent front and rear suspensions, with the rear suspension featuring a 4.5-link system that includes a unique, L-shaped upper control arm that attaches to the knuckle at one end and incorporates a ride bushing in the rear. A sub-frame at the rear is double-isolated to minimize vehicle body motions and dampen road imperfections. Coil-over shock absorbers are used in the rear with a decoupled, hollow stabilizer bar. The front suspension has a dual-ball strut system, with a direct-acting stabilizer bar.

1LE details
The 1LE package is offered on 1SS and 2SS coupe models with an exclusive Tremec TR6060-MM6 six-speed manual. Paired with a numerically higher 3.91 final-drive ratio, the close-ratio gearing of the transmission is tuned for road-racing performance. As with the ZL1, the 1LE transmission features a standard air-to-liquid cooling system for track use.

The 1LE also features exclusive, monotube rear dampers instead of the twin-tube dampers on SS models. The new hardware allowed engineers to tune the 1LE suspension to focus on optimal body-motion control while preserving much of the ride quality and wheel-motion control of the Camaro SS.

The Camaro 1LE package was introduced in 1988, inspired by Camaro's involvement in Pro-Am road racing.

Camaro safety and crash-avoidance features
The Camaro is designed to help drivers avoid crashes, and protect occupants in the event a crash occurs. A strong body structure is designed to absorb crash energy and provide a protective 'safety cage' around occupants.

Six months of OnStar Directions and Connections service is standard on all Camaro models. It uses GPS and cellular phone technology to automatically call for help in the event of crash. OnStar service also includes MyLink mobile apps, which offer vehicle information and OnStar services via the customer's smartphone.Source - Chevrolet 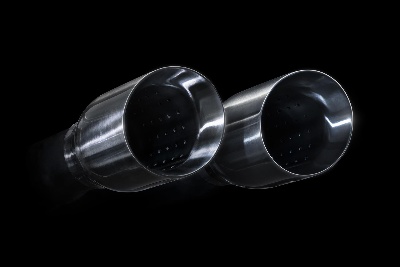 New Drive Mode Selector makes most of performance in multiple drive settings DETROIT – New technologies in the 2016 Chevrolet Camaro will enable drivers to tailor the car to the moment,... 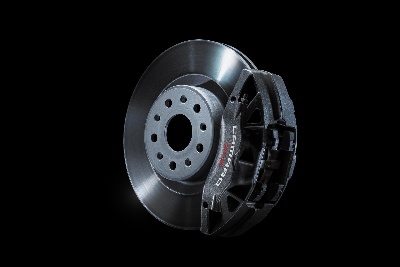 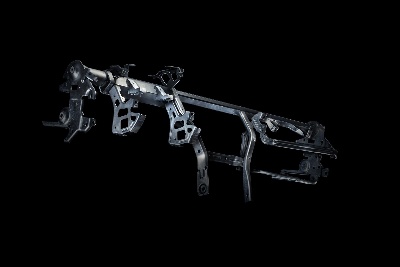 2016 CAMARO DOES MORE WITH LESS

New model is at least 200 pounds lighter than current car DETROIT – For the all-new, 2016 Chevrolet Camaro, the team was challenged to improve the handling, acceleration and fuel economy... 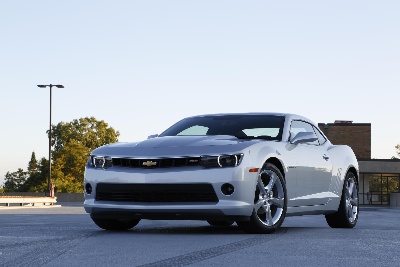 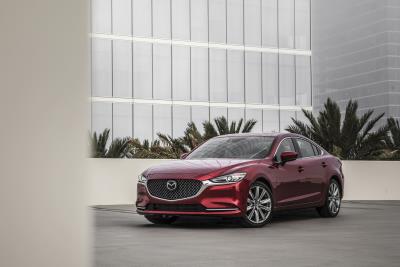