NISSAN UNLEASHES A WARRIOR IN THE FACE OF CANADIAN WINTER

Nissan literally builds up its 'Winter Warrior,' the Nissan Rogue, with snow tracks in a bold display of AWD prowess

Montreal, QC. – Nissan today took the wraps off a surprise debut at the 2016 Montreal International Auto Show - a crossover demonstrating no fear for the harshest winter conditions and a new icon for Nissan's winter-ready crossover family – a Rogue equipped with a full snow track system. Named the 'Rogue Warrior,' Nissan's number one-selling product in Canada has been transformed into an extreme prototype, which sits on heavy-duty snow tracks measuring 30'/76 cm in height, 48'/122 cm in length and the individual track width is 15'/38 cm.

'Nissan has a well-rounded suite of all-wheel drive crossover vehicles to master the toughest winter roads. In fact, Nissan's all-wheel drive (AWD) system adapts to road conditions 30 times faster than the blink of an eye,' says Joni Paiva, president of Nissan Canada Inc. 'The Rogue Warrior symbolizes the essence of our popular crossover and sport utility vehicle family, while also reminding show goers what Nissan is all about – being bold, pushing the limits, and exciting capability that's anchored in quality.' 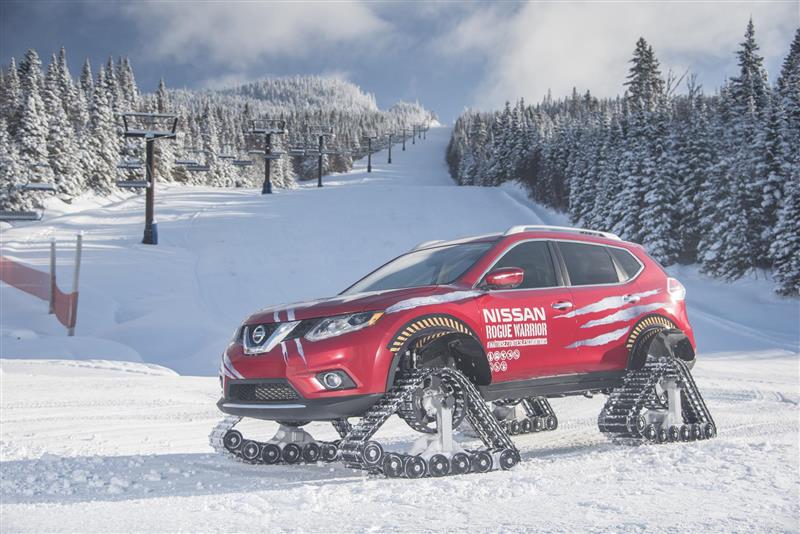 The Rogue Warrior was modified entirely by Quebec-based Motorsports in Action (MIA), using the Dominator track system from American Track Truck. Besides the tracks, adjustments to suspension, and application of custom snow guards and minor body tunings to make room for the tracks, the Rogue remains stock. The production Rogue's advanced Xtronic® transmission remains untouched, as does the AWD drivetrain.

Rogue Warrior has the ability to perform in a variety of environments, but is specifically designed to handle snowy conditions. It is capable of driving up to 100km/h, scaling a 45 degree grade in groomed snow, and has a ground clearance of 23'/58 cm.

In addition to providing excellent fuel economy, Nissan's advanced Xtronic transmission demonstrates its full potential on the Rogue Warrior, and is well-matched to the snow track system. The production Rogue's Xtronic transmission, with its lack of fixed ratios, affords the specific advantage of always being in the right gear at the right time, notably in extreme snowy conditions. A wider gear ratio range allows for stronger acceleration from a standing start and the D-Step shifting logic allows rapid shifts at high throttle openings. The system communicates the driving conditions and driving tendencies to the Xtronic Control Únit, so it can then select the transmission pattern most suitable for the current driving scenario, even ones heavily covered in snow.

Nissan's 'Conquer all conditions' vehicles - Rogue, Murano, Pathfinder and JÚKE – offer AWD in a variety of well-equipped models, but the Rogue Warrior's extreme capabilities require an experienced driver. To help ensure this one-of-a-kind vehicle is in the best care, its official driver is the 2015 Micra Cup champion, Olivier Bédard.

'In the past year, I've quickly progressed my competitive driving skills. I've gone from karting, to racing in a subcompact Micra, and now I have driven a really wild off-roader, the Rogue Warrior,' says Olivier Bédard. 'As a karting and now spec series champion, I'm building a career based on my love of fast cars and motorsport competition. I can honestly say I never expected to have so much fun behind the wheel of a crossover! The Rogue Warrior is an awesome beast of a machine - driving it makes you feel like you can conquer any challenge that comes in your path.'

Vital Stats
Automatic
The Rogue remains the best-selling vehicle in the Nissan line-up with annual sales of 35,841 units, up 24.3 per cent over 2014. Completely redesigned for model year 2014, the Nissan Rogue has experienced 25 consecutive months of record sales, with sales more than doubling in two years. The Rogue was one of the top 10 most sold vehicles in Canada in June, July, August and December.

'I am eager for show goers to see the Rogue Warrior – an extension of our successful 'Conquer All Conditions' marketing crusade, and in the form of a visually spectacular vehicle which also serves as a mascot to the AWD-Nissan vehicles,' concludes Paiva.Source - Nissan 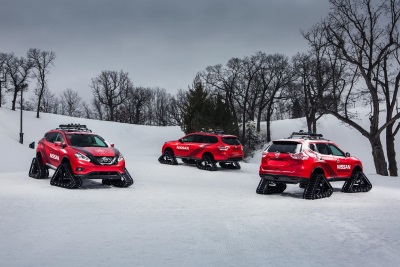 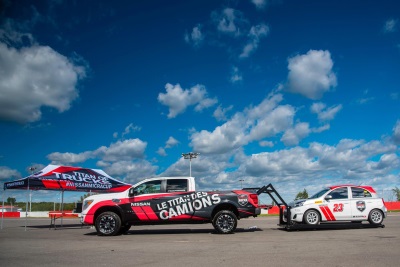 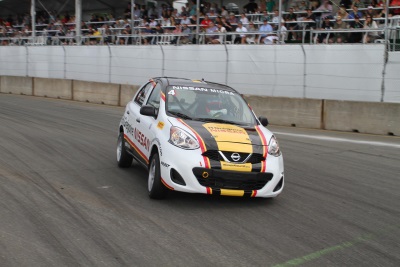 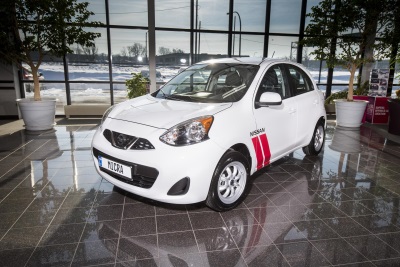 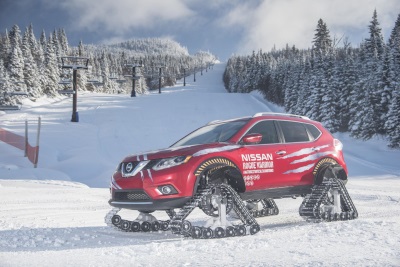 NISSAN UNLEASHES A WARRIOR IN THE FACE OF CANADIAN WINTER

Nissan literally builds up its Winter Warrior, the Nissan Rogue, with snow tracks in a bold display of AWD prowess Montreal, QC. – Nissan today took the wraps off a surprise debut at the 2016 Montreal International Auto Show - a crossover... 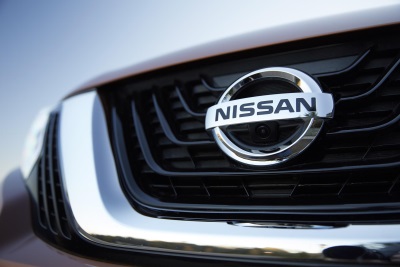 NASHVILLE, Tenn. – Nissan today announced a series of senior management appointments in North America intended to strengthen the companys progress towards its Power 88 mid-term business plan goals. In North America, the company has made strong...
© 1998-2020. All rights reserved. The material may not be published, broadcast, rewritten, or redistributed.