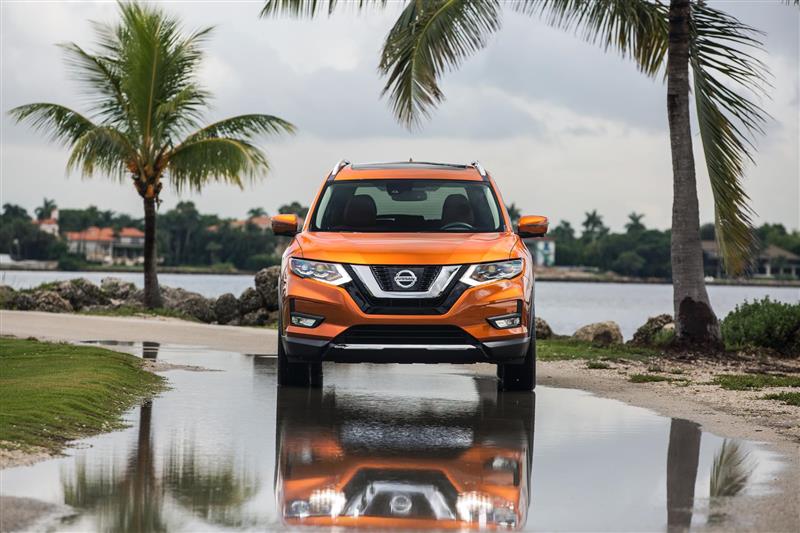 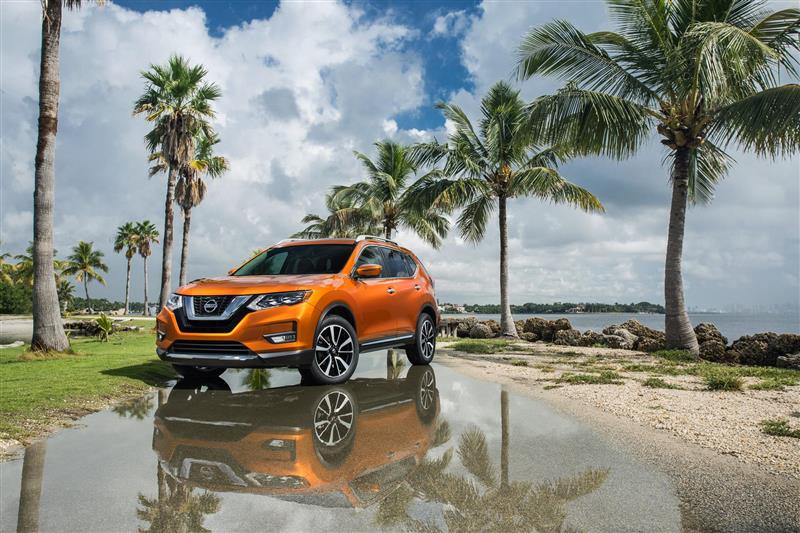 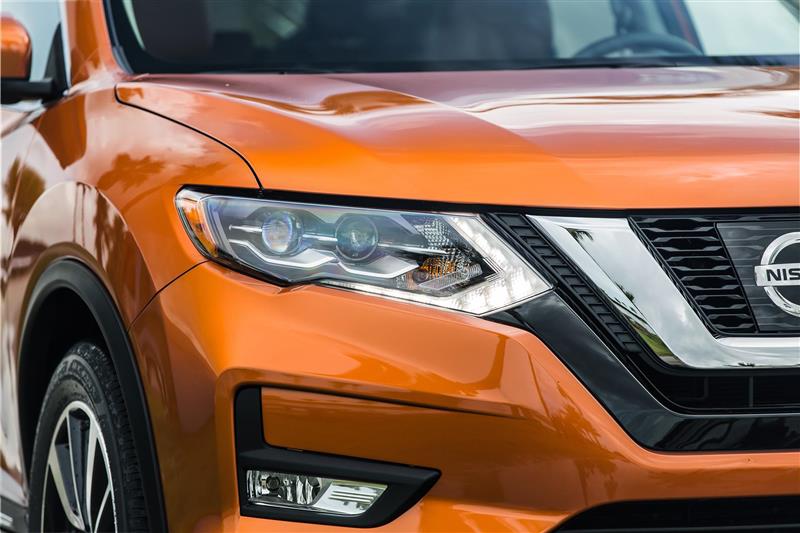 The new Rogue, which is projected to overtake the popular Altima sedan as Nissan's top-selling vehicle in the Ú.S. market, features an extensive list of enhancements for the new model year – including revised exterior and interior styling, new convenience features such as an available Motion-Activated Liftgate, new available Nissan Safety Shield technologies and the first-ever Rogue Hybrid. 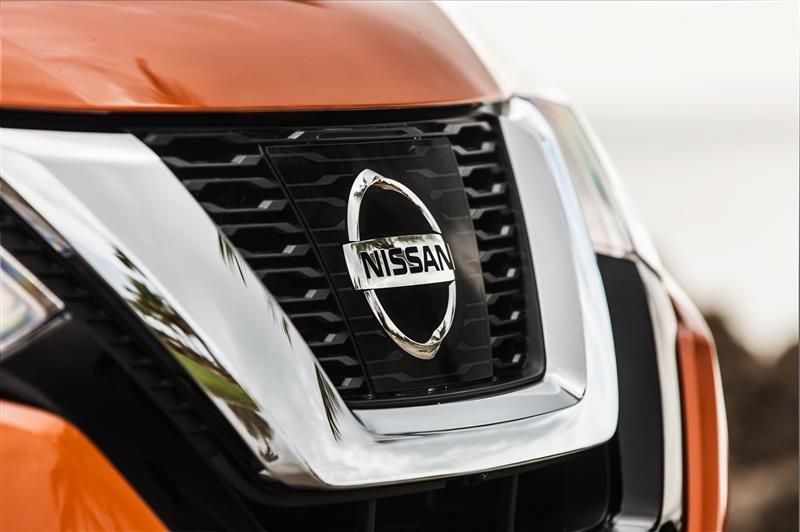 The new Rogue is the latest addition to Nissan's 'Year of the Truck,' joining Armada, Pathfinder and the TITAN family of pickups.

'Following three straight years of consecutive growth, we project Rogue will approach 300,000 units in the current fiscal year, nearly doubling sales since 2012,' said Muñoz. 'For 2017, we're turning up the heat on the competition with enhancements designed to keep Rogue at the top of compact SÚV buyers' wish lists.'

Muñoz also spoke of Nissan's strong presence in the critical Miami and Florida markets. Florida ranks third in total Nissan sales, behind number one California and closing in on second place Texas. Nissan's 58 dealers in Florida employ more than 3,000 people in Florida, including more than 400 employees in the Miami area alone. The top selling models in Florida are Rogue, Altima and Sentra, in that order.

'Nissan is one of the top automotive brands with Hispanic buyers and multicultural buyers in general, fueling Nissan's current strong sales growth nationwide,' added Muñoz. 'Sales to the Hispanic community represent a full 21 percent of Nissan's total sales, well above the industry average.'

The Hispanic population is projected to continue as the fastest growing segment in the country, growing from 16 percent of the population in 2010 to 24 percent by 2040. Nissan has been a longtime leader in Hispanic community outreach on both the local community and national levels. Programs supported by Nissan range from partnering with the League of Únited Latin American Citizens' (LÚLAC) National Service Centers to encourage Latino students pursuit of STEM programs, to a decade-long sponsorship of the annual Latin GRAMMY Awards.

Vital Stats
Engine : 2.5 L., 4-cylinder
Power: 170 hp
Torque: 175 ft-lbs
Automatic
'Despite our success in the segment, we are accelerating our efforts to build authentic relationships with the Hispanic community. We're pleased to be debuting the new Rogue here in Miami in the heart of this critical market,' added Muñoz.

About the 2017 Nissan Rogue
The enhancements to the 2nd generation Rogue are highlighted by updated styling, convenience, technology and safety features. In addition, a new Rogue Hybrid, the first-ever hybrid powertrain for Rogue, will join the lineup in by the end of 2016. 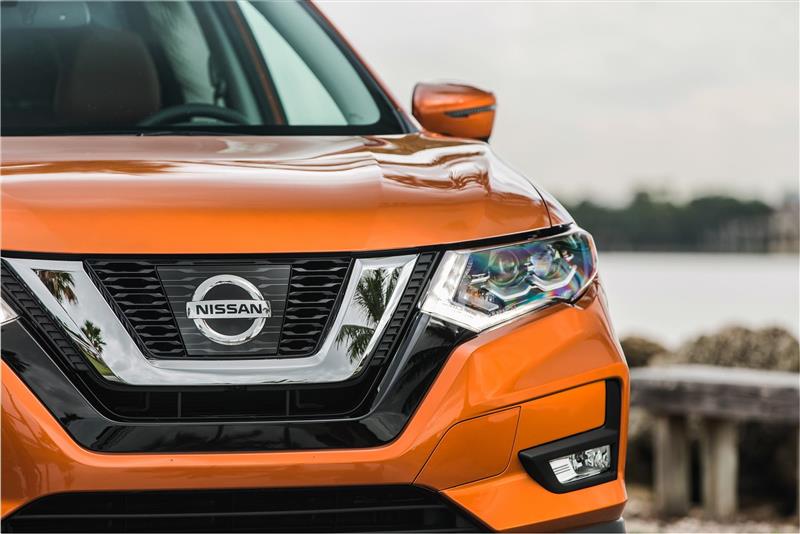 Among the interior enhancements found in the 2017 Rogue are new interior materials and finishers, which provide a more premium look and feel throughout the roomy Rogue cabin. As in previous years, the 2017 Rogue offers optional 3-row/7-passenger seating, along with exceptional passenger and cargo flexibility with its innovative EZ Flex Seating System™ and Divide-N-Hide® Cargo System.

About Nissan Motor Co.
Nissan Motor Co., Ltd., Japan's second-largest automotive company, is headquartered in Yokohama, Japan, and is part of the Renault-Nissan Alliance. Operating with more than 247,500 employees globally, Nissan sold 5.32 million vehicles and generated revenue of 11.38 trillion yen (ÚSD 103.6 billion) in fiscal year 2014. Nissan delivers a comprehensive range of more than 60 models under the Nissan, Infiniti and Datsun brands. Nissan leads the world in zero-emission mobility, dominated by sales of the LEAF, the first mass-market, pure-electric vehicle. It is the best-selling EV in history with almost 50% share of the zero-emission vehicle segment. For more information on our products, services and commitment to sustainable mobility, visit our website at http://www.nissan-global.com/EN/.Source - Nissan 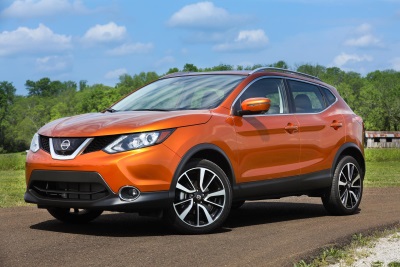 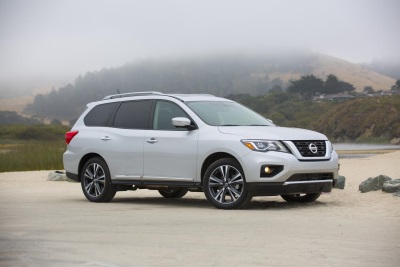 Nissan Pathfinder Named One Of The '12 Best Family Cars Of 2017' By Kelley Blue Book's Kbb.Com 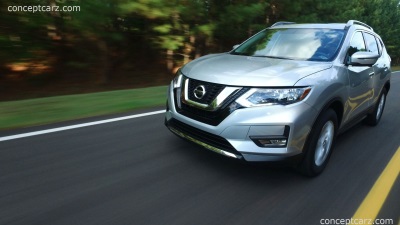 NISSAN ROGUE NAMED '2017 FAMILY CAR OF THE YEAR' BY CARS.COM 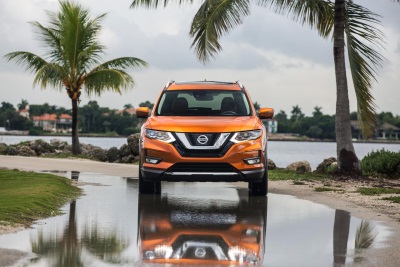 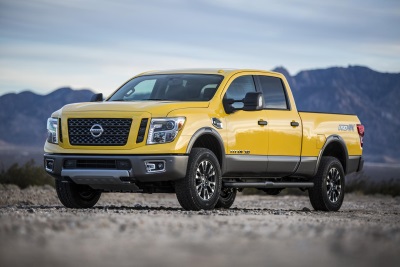 Honors continue to add up for all-new 2016 Nissan TITAN® XD, which is on sale now at Nissan dealers nationwide with a starting MSRP* of %2440,290 Every Duty TITAN XD Crew Cab, powered by Cummins® 5.0L V8 Turbo Diesel engine, stakes out unique posit...
© 1998-2020. All rights reserved. The material may not be published, broadcast, rewritten, or redistributed.