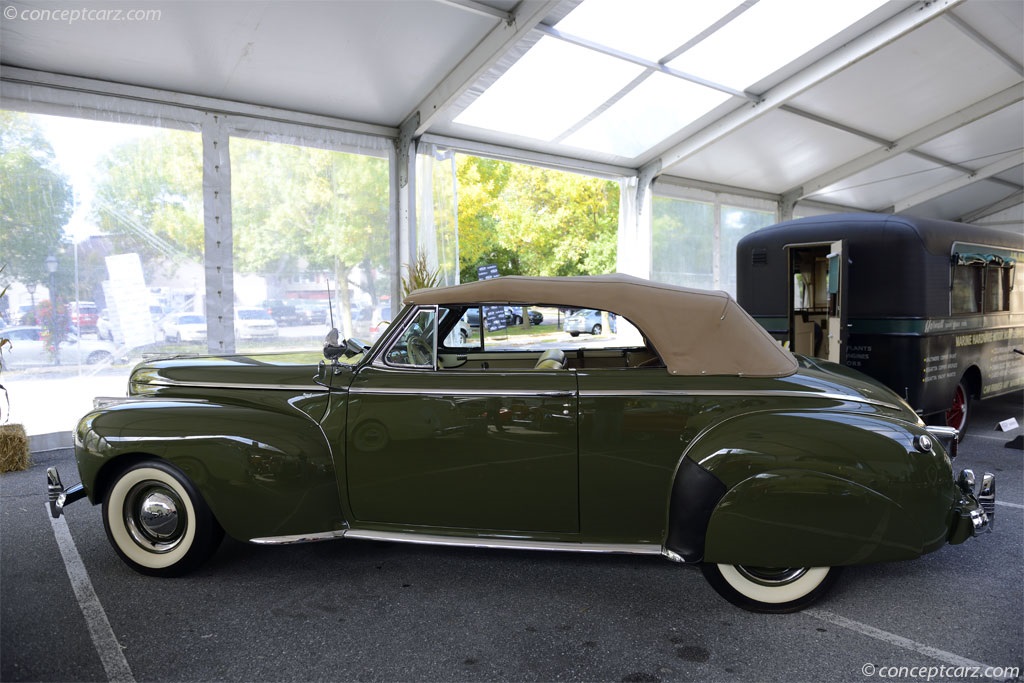 The disparity caused by the Great Depression forced many automakers out of business. Chrysler survived the lean years of the early 1930s, and by the mid-1930s had introduced its Airflow models which were met with limited sales. Despite its advanced styling, its untested production methods had been unsuccessful in attracting customers. Move conventional models were quickly rushed into production, emerging in the late 1930s, and helped re-establish the company in the slowly recovering market and carried them through the immediate post-war years. 1940 brought all-new styling and an expanded New Yorker line with a convertible for the first time and the Highlander model was introduced for the customer who wanted a touch of sporting feel.For 1941, the Chrysler models covered an unusually broad spectrum of the luxury and near-luxury market, with a lineup that included modest sixes to semi-custom eights. The company was the tenth best seller in the model year and the eighth largest producer of American cars in the calendar year. This success was attributed to careful engineering, attractive subtle stying, value, and thoughtful features.The 1941 Chrysler vehicles had a steeply raked vee'd windshield, a sharply pointed hood, a grille blended into the sculpted lines of the body, and bright moldings traversing the beltline and chrome parking lights atop the front fenders. The straight-eight-cylinder engine powering the Saratoga and New Yorker, now called the Spitfire, delivered 137 horsepower and excellent performance.
The six-cylinder line (The Series 28) consisted of the Royal, Windsor, and Highlander resting on a standard 121.5-inch wheelbase or a longer 139.5-inch platform. The six-cylinder engine had a 241.5 cubic-inch displacement and developed as much as 115 horsepower depending on the compression ratio. Prices began at $995 and rose to $1,500.
The eight-cylinder (Series 30) included the Saratoga, New Yorker, and New Yorker Highlander. The top-of-the-line 1941 Chrysler model was the Crown Imperial line that included a Special Town Sedan priced at $1,760, a six- and eight-passenger sedan priced at $2,595 and $2,695 respectively, and a limousine at $2,795. The Saratoga line was priced at $1,245 to $1,350 with body styles that included a coupe, club coupe, luxury brougham, sedan, and town sedan. Nine bare chassis were built along with a single Town & Country Station wagon on the eight-cylinder platform. Body styles on the New Yorker mirrored the Saratoga and available with the 'Highlander' interior package. Prices ranged from $1,330 for the coupe and rose to $1,550 for the convertible, representing Chrysler's most elite, sporting open model for 1941, and just 1,295 convertibles were made on the eight-cylinder lineStandard features included hydraulic brakes, dual taillights, dual wipers, dual sun visors, Fluid Drive, and Solar Spark ignition. Chrysler's major model groups for 1941 included the Royal Six, Windsor, Highlander, Saratoga, New Yorker, and Crown Imperial with prices that ranged from $1,000 to $3,000, providing its prospective customers with a wide range of power and trim choices. The proven reliability and performance of Chrysler's straight-eight engines enhanced the marque's allure. Following model names like Windsor, Highlander, and Royal, the Spitfire name for the engine was a nod to the bravery of the Royal Air Force's Supermarine Spitfires then fighting the Battle of Britain.
1941 was the final full year of civilian automobile production in the United States, as 1942 was shortened, ending on February 9th, just two months after Pearl Harbor.
By Daniel Vaughan | Sep 2020

Automobile production resumed in late 1945 following the end of World War II. The cars that were produced during those first few years were basically updated, slightly modified, versions of the 1942 cars. It would be several years before most automakers introduced a new product.Production of the New Yorker began in January of 1946 and was Chryslers top-of-the-range model. It was offered....
Continue Reading >>

The Chrysler New Yorker has faced amazing success in the four decades it has remained in the auto industry. Introduced originally as the New Yorker Special in 1938, the name was eventually simplified to just the New Yorker. Americas longest continuously used nameplate, the New Yorker has kept this title for 58 years. In 1939, Chrysler began to manufacture vehicles in Mexico and until the early....
Continue Reading >>
Concepts by Chrysler