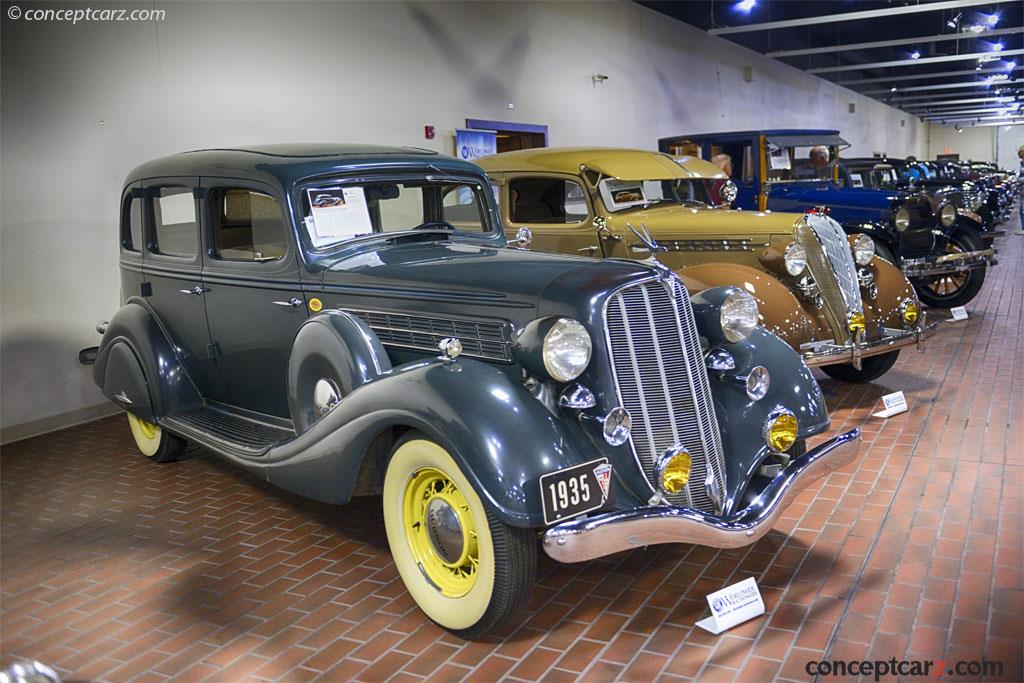 On January 5ht of 1935, Roy D. Chapin celebrated his 25th anniversary of being president of Hudson. Six and eight-cylinder models were offered, with the Eight being offered in the Series HT, Series HU, Series HTL, and Series HUL, The Series GH was powered by the six cylinder engine and it could be identified by its grille mesh using horizontal inserts. The six-cylinder engine was a 212 cubic-inch unit offering 93 horsepower. The eight-cylinder engine displaced 254 cubic-inches and delivered 113 horsepower. An optional L-head eight brought horsepower to 124 bhp. A three-speed sliding gear transmission was standard.

The 1935 designs were similar to the 1934 models, but with several updates and modifications. Perhaps the most significant was the all-steel body construction, a first for the industry. Distinctive styling elements included the bullet-shaped headlight pods, horizontal hood louvers, and a larger rear window. Braking was handled by 'Rotary Equalizer' brakes places at all four corners. An optional Bendix 'Electric Hand' preselector transmission was offered, along with Hudson's new 'Axelflex' independent front suspension. The rear suspension also received attention, being equipped with flatter leaf springs that lowered the ride height.

The Special Eight Series HT was the lowest price line of eight-cylinder vehicles in Hudson's lineup. It had a 117 inch wheelbase and offered in an array of bodystyles consisting of a Broughams, Club Coach, Sedans, Coupes, and Convertible Roadsters. A total of 7,149 examples of the Series HT were built in 1935.
by Daniel Vaughan | Jan 2019
Vehicle Profiles

This Special Eight Series 54 HT Touring Brougham was sold new in Lancaster, Pennsylvania for $1,168 and was designed to be chauffer driven. It has the Electric Hand, twin side-mounted spares and wire wheels, and twin horns and amber fog lamps. In 197....[continue reading]