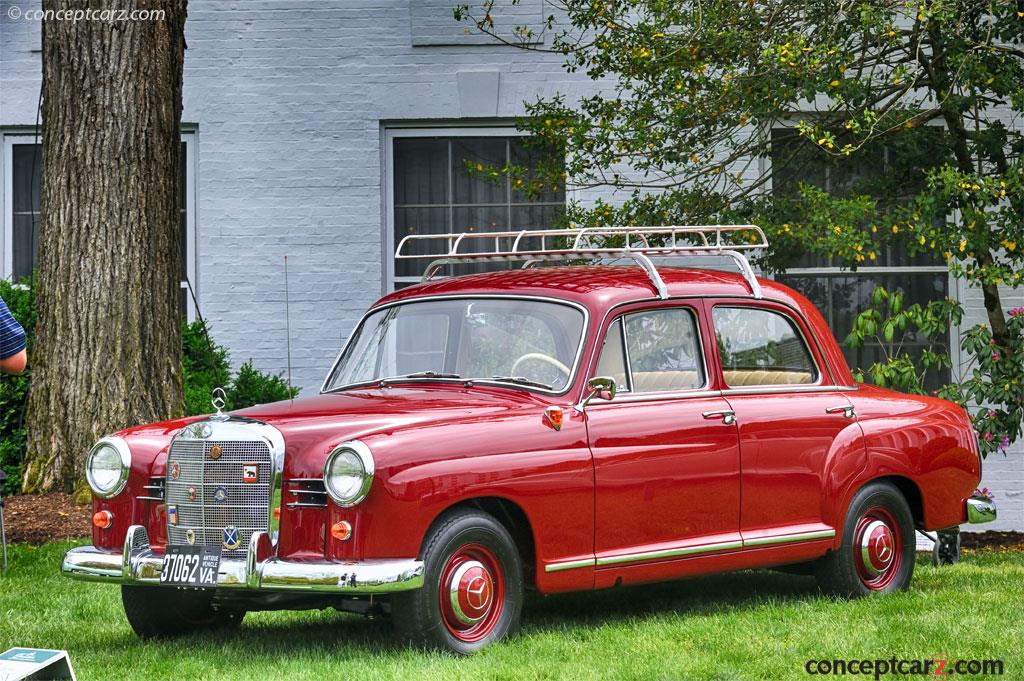 In 1953, Mercedes-Benz introduced the W120 sedan powered initially by the company's existing 1.8-liter inline M136 engine and was sold as the Mercedes-Benz 180 through 1962. IN 1956, the W121 was introduced, powered by a 1.9-liter M121 engine. It was sold as the Mercedes-Benz 190 through 1961. Often called 'Pontons' the duo accounted for about 80-percent of Mercedes-Benz' production between 1953 and 1959. The 190b sedan was introduced during 1959 and replaced the original 190. Little changed except for the engine, which was now a 1897cc four-cylinder unit offering 90 (SAE) horsepower. It had a four-speed manual and four-wheel drum brakes. A diesel version of the engine was available, producing 55 (SAE) horsepower.
by Daniel Vaughan | May 2019

This car's story began in Laguna Beach, California, in early 1961 when Everett Braley and his wife Julia decided to take an extended driving vacation in Europe. At their local Mercedes-Benz dealer, they ordered a 190b sedan in Rio Red with a radio an....[continue reading]