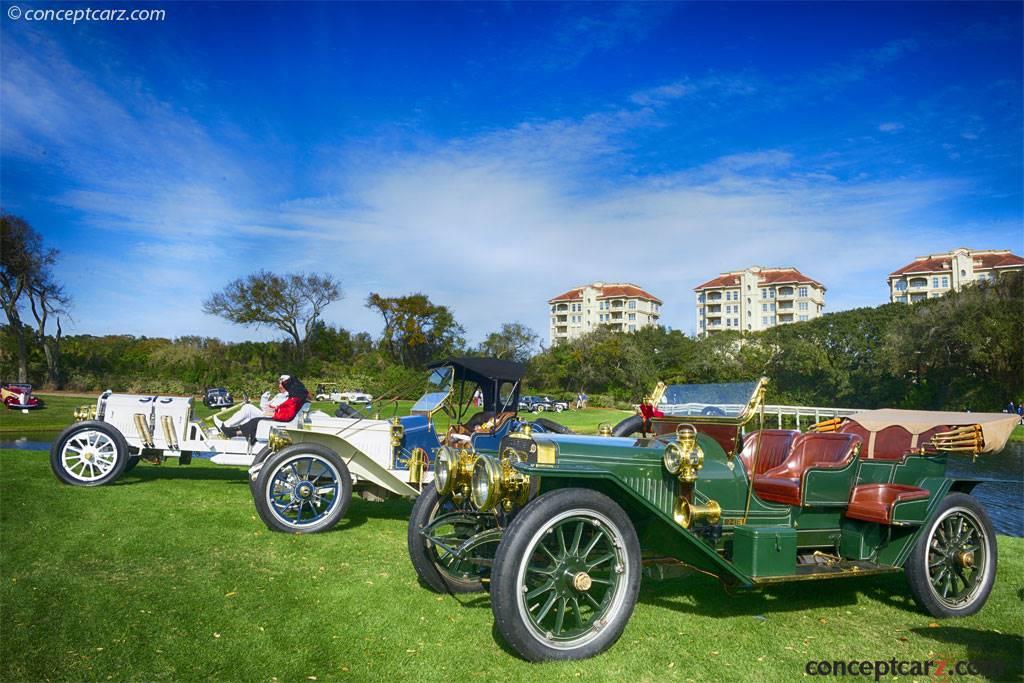 The Lozier Motor Company was started by Henry Abram Lozier, a bicycle builder from Toledo, Ohio. The early, experimental Lozier was built by the factory superintendent George R. Bureweel and engineer John G. Perrin. In 1899, they built a steam-powered car that used a flash tube boiler and a gasoline-powered tricycle using a De Dion engine. After selling his four bicycle factories, Lozier focused entirely on entering the automobile production arena, preferring the gasoline-fueled vehicles over steam power.

The Lozier Motor Company was established in Plattsburgh, New York in 1900. In May of 1903, son Harry A. Lozier took over the company after his father (Henry) passed away. By January of 1905, the Lozier automobile was introduced at the New York Automobile Show at Madison Square Garden. The company had invested time and money into research and development. J. M. Whitbeck, another engineer with the company, had gone to Europe to investigate and observe vehicle production. John Perrin traveled the East Coast to observe the best-practices being performed in the United States.

The 1905 Lozier was a five-passenger Tourer powered by a four-cylinder engine installed in a 115.5-inch wheelbase platform. Around 25 examples were built that first year. The following year, production doubled.

Ralph Mulford was hired to race the Lozier automobiles in 1907 which began a successful racing program that included victories at many of America's most prestigious races, including the Elgin Road Race and the Vanderbilt Cup. In 1911, a Lozier placed second in the Indianapolis 500.

The Lozier automobiles established a reputation for high quality, durability, and exclusivity. They were very expensive and were among the best motorcars of its era. They never made a purpose-built race car, however, their automobiles were more than capable than keeping up with (and outpacing) the competition.

The 1908 Lozier Model H was offered as a seven-passenger tourer, limousine, or runabout. The wheelbase measured 124-inches which placed it above the 117-inch Model G and below the six-cylinder, Type I with a 131-inch platform. Pricing ranged from $5,000 to $6,000 for the Model H and power was from a four-cylinder engine.
by Daniel Vaughan | Apr 2020
Vehicle Profiles

The Lozier Motor Company was a brass era producer of automobiles in the United States from 1900 until 1915. Their cars were top line luxury vehicles and for a time were the most expensive cars produced in America. Early Loziers were manufactured in P....[continue reading]