January 22, 2020 by Amelia Island Concours
Jacksonville, FL - Buick's unique and obscure Century X styling department custom will make its international concours debut in the Silver Anniversary Amelia Concours d'Elegance's Cars of Harley Earl class on March 8, 2020. Bill Mitchell was Harley Earl's hand-picked successor at GM Design and Styling. Their association seemed to go beyond the standard boss-employee dynamic. Many called it a father-son relationship. Mitchell was just 23 when Earl appointed him chief designer of Cadillac. His design of the 1938 Cadillac 60 Special was a landmark. But Mitchell was a 'Buick man' long before he became a man. His father was a Pennsylvania Buick dealer, and despite being the design prodigy given the reins of the Corporation's premier car division and style leader, Mitchell ached to draw Buicks.

Few were surprised when, on May 1, 1953, Mitchell left Earl's private design firm -- Harley Earl Corp. -- returning to GM becoming General Motors Director of Styling. Mitchell drove over 50 'personalized' vehicles during his GM career and was best known for his love of Corvettes and Camaros. But his heart belonged to Buick and three years after returning to GM he created the factory custom Buick Century X. It wasn't a landmark dream car like Earl's Buick Y-Job or the 1951 GM Le Sabre, but a modified production car-- 'special order 90022' -- a true factory custom.

Buick show cars were the glamour models of the Corporation. Much was expected from the Century X. Buick delivered. Mitchell's 225 changes were more subtle than startling, hardly the usual fare for a GM 'dream car' of the fifties. Dual side exhausts exited through the rocker panels requiring holes cut in the frame with plates welded around the orifices for added strength. Century X also wore twin telescoping power headrests, Skylark-style wire wheels, Mitchell's signature red chassis, and a tachometer. Chrome accelerator and brake pedal trim told anyone who knew the design section's secret internal language that this was indeed Bill Mitchell's car.
Being a racer at heart and taking a page from his mentor's corporate playbook, Mitchell had the Century X driven to Elkhart Lake, WI for the Road America races in 1956. His timing was good. A new V-8 Corvette -- another Mitchell favorite -- defeated a throng of Jaguars to notch the mighty V-8 Corvette's first victory at Road America. Mitchell spent race weekend cruising around the resort village much as Harley Earl had done at Watkins Glen during 1951 Grand Prix week with the Le Sabre dream car.
'Having the Century X on the field in the Cars of Harley Earl Class is the sort of thing we love to do,' said Bill Warner, founder and Chairman of the Amelia island Concours d'Elegance. 'Finding a rare and often obscure car that's a solid part of automotive history entertains and educates. The Century X was found in pieces. Its restoration is an 'Indiana Jones' Class adventure story in automotive archeology. We're grateful to the owner for allowing us to show it in the Cars of Harley Earl Class.' 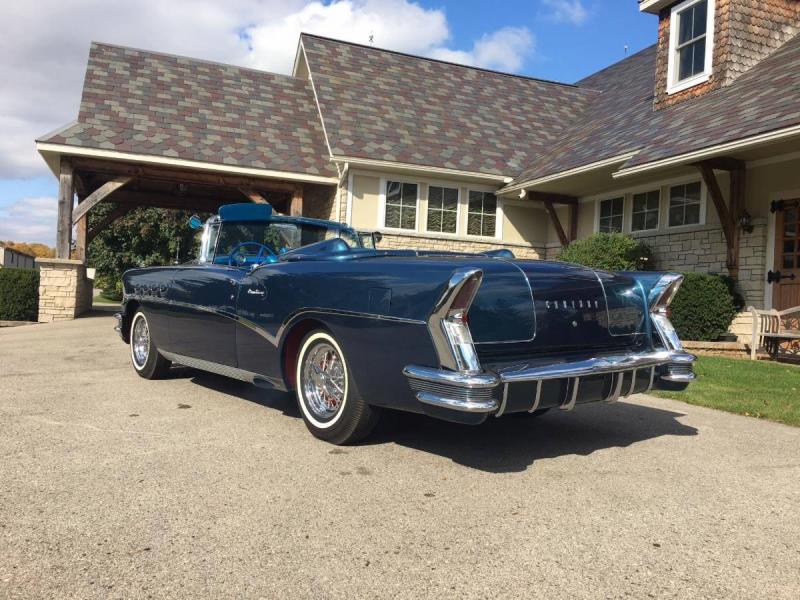