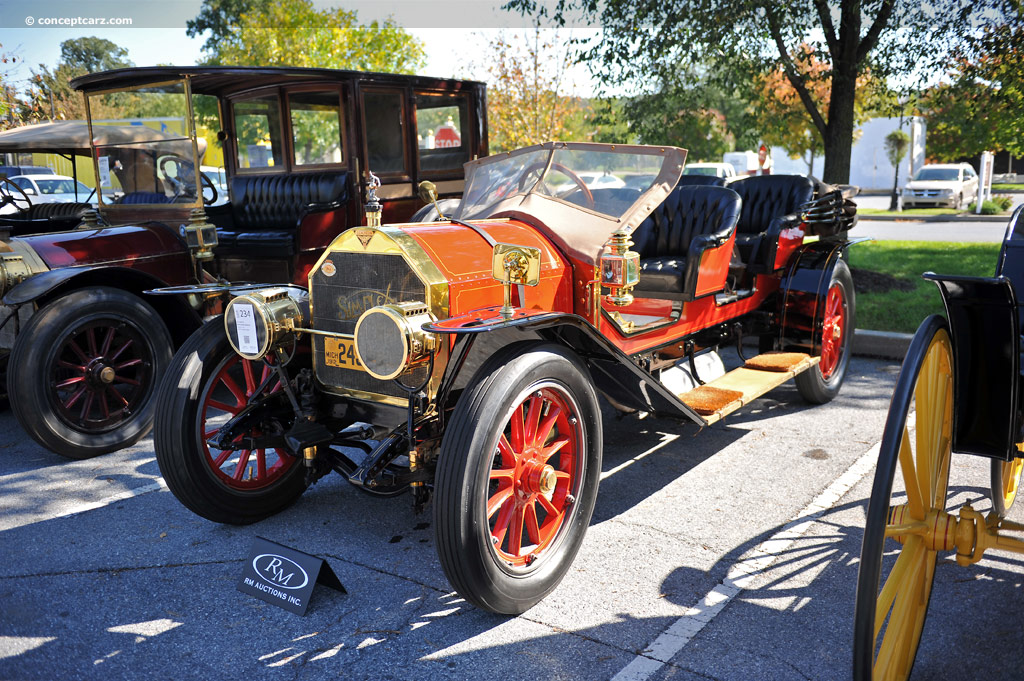 Early in the 20th century, Proctor Smith and Carlton Mabley began importing European cars to New York. In an effort to side-step import duties, they embarked on manufacture of an all-American car that could compete with the best Europe had to offer. The result was the S&M Simplex, built in a five-story factory in Manhattan.

The cars had a strong following, but the Panic of 1907 dealt the Smith and Mabley a cruel blow. The business was sold to Herman Broesel, who was a friend of the Smith's, a textile importer and a loyal Simplex customer. Broesel organized the Simplex Automobile Company with his sons Herman, Jr. and Carl.

The horsepower of the 30/35 S&M Simplex car was increased. The Simplex Model 50 with its four-cylinder, T-head engine was built from 1907 until the onset of World War I. Bodies were supplied from legendary coachbuilders such as Healey & Co., Demarest, and Holbrook and Brewster.

A smaller, shaft-driven car was introduced in 1911, called the Model 38. Production would continue through 1915, by which time Broesel's sons had bought-out the Crane Motor Car Company of Bayonne, New Jersey.
by Daniel Vaughan | Aug 2019
Vehicle Profiles

This 1912 Simplex 38 HP Double Roadster has a history that is not fully known. By the 1970s it was fitted with a 1924 Touring body. The new owner had Arthur Bergstrom of Illinois build the current body, a highly-correct reproduction of a Holbrook spo....[continue reading]

Simplex was a prestige nameplate in the years preceding World War I, noteworthy for sporty machines that delivered exceptional performance by the standards of the day. There were three Simplex cars in the 40-car starting field for the first Indianapo....[continue reading]

The countdown to the debut of Chevrolets next NASCAR Sprint Cup Series racecar is underway. Chevrolet announced today that for the 2013 season, Team Chevy will be racing a vehicle based on a new nameplate to the brands lineup. Taking advantage...

Crane Model 5
Model 38
Model 50
© 1998-2021. All rights reserved. The material may not be published, broadcast, rewritten, or redistributed.