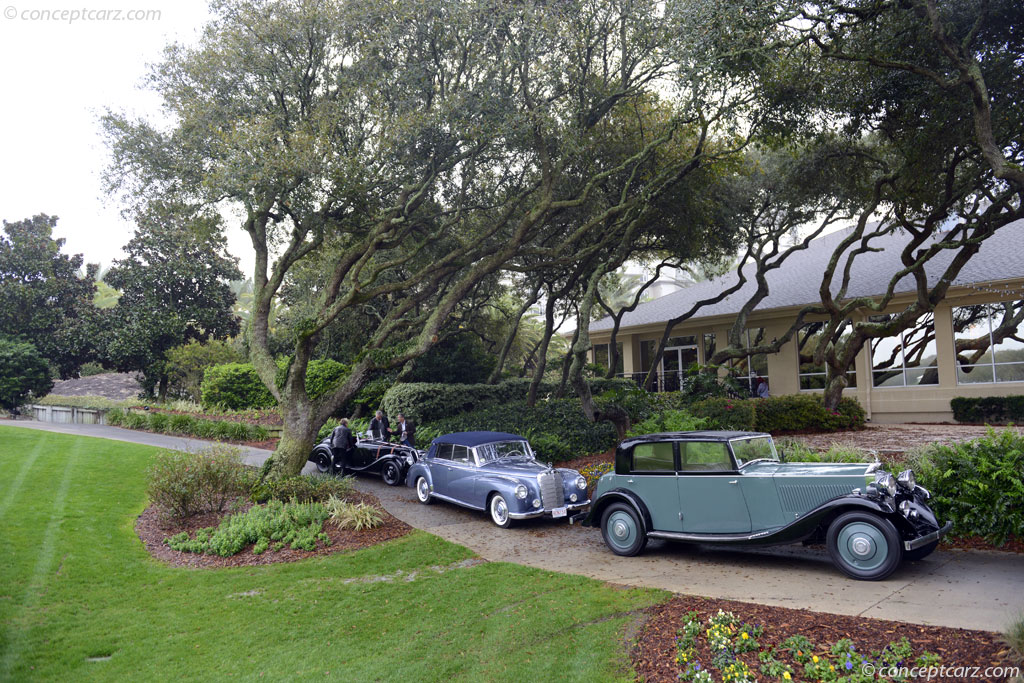 The Rolls-Royce 20/25 Series was built from 1929 to 1936 and was aimed primarily at owners-drivers, although many of these motorcars were chauffeur-driven.....[continue reading]

This 1934 Rolls-Rocye 20/25HP Sedanca Coupe with coachwork by J. Gurney Nutting & Company Ltd., sits atop a 132 inch wheelbase and powered by a six-cylinder engine that produces 25 horsepower (RAC rating). It is finished in a light Dove gray and dar....[continue reading]

This Rolls-Royce 20/25 Sport Saloon has been restored and includes a rare factory-conducted chassis renumbering, unique Freestone and Webb coachwork, and an early 1980s refurbishment. It rides on a long wheelbase chassis and is the second example of ....[continue reading]

This Rolls-Royce is the 'show car' displayed by Park Ward coachbuilders at the 1934 Earl's Court Automobile Show in London. The car is the first design featuring a 'fastback' body style, later adopted by most auto manufacturers in the late 1930's and....[continue reading]

This car was delivered new to London, England where it stayed until the early 1960s when, still as an original unrestored car, showing some 40,000 miles, it came to the United States. In the early 1990s the car changed hands and the restoration was u....[continue reading]

Between 1929 and 1936, Rolls-Royce built 4,000 approximately examples, making this one of the company's best-selling models of the era. This particular example was originally delivered to G. Vaughan Morgan. It eventually made its way to Miami, Florid....[continue reading]

This 1934 Rolls Royce 20/25 3 Position Sedanca Drop Head Coupe was commissioned by Mrs. K. Wheelock on November 17th of 1933. It wears coachwork by H.J. Mulliner. The car was built, tested and delivered on April 1st of 1934. It remained in the family....[continue reading]