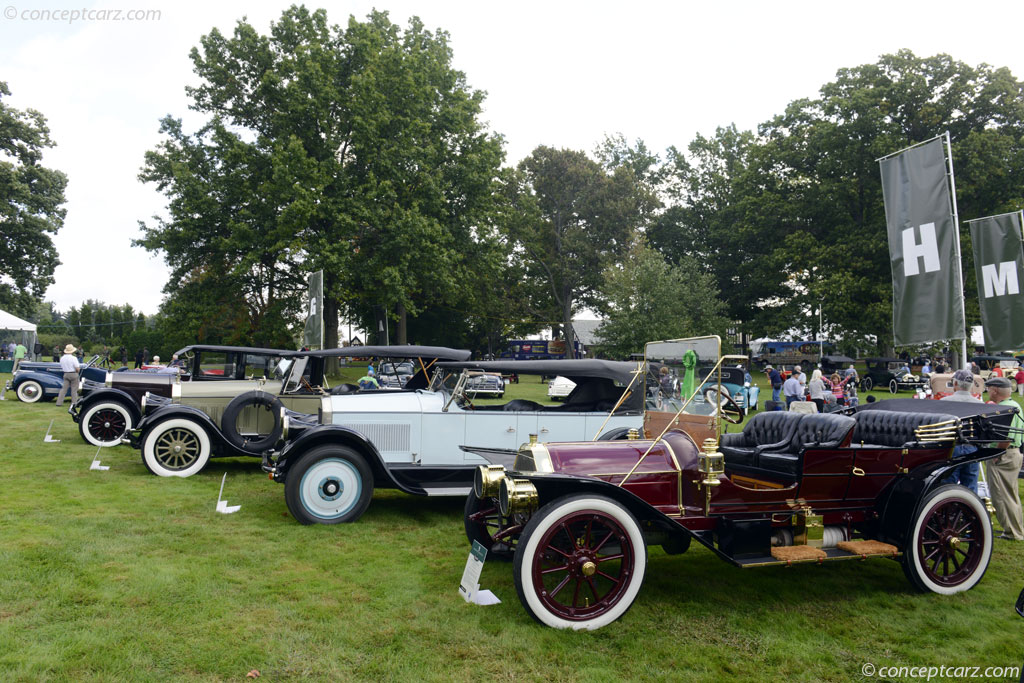 Pierce-Arrow motorcars were introduced in 1901 and by the time this car was built, the company had achieved a reputation as a manufacturer of top-of-the-line motor cars. The Buffalo, N.Y. Company was known throughout the world.....[continue reading]

This Pierce-Arrow 36 HP Model UU has a history going back to the 1940s when its chassis was discovered on Long Island. After some years with interim coachwork it was restored in 2002 with this exacting re-creation of Pierce-Arrow's cataloged Runabout....[continue reading]

This car (chassis number 30275) was originally purchased from J.W. Maguire's Boston showroom by Harold Murdock, Vice President of the National Shawmut Bank of Boston. He drove the car for ten years before trading it to an acquaintance in settlement o....[continue reading]

In 1909, 35 different Pierce models were available on five chassis. All of these models were 'built,' or completely manufactured in house, rather than 'assembled' from commercially available parts, as so many other cars of the era. ....[continue reading]