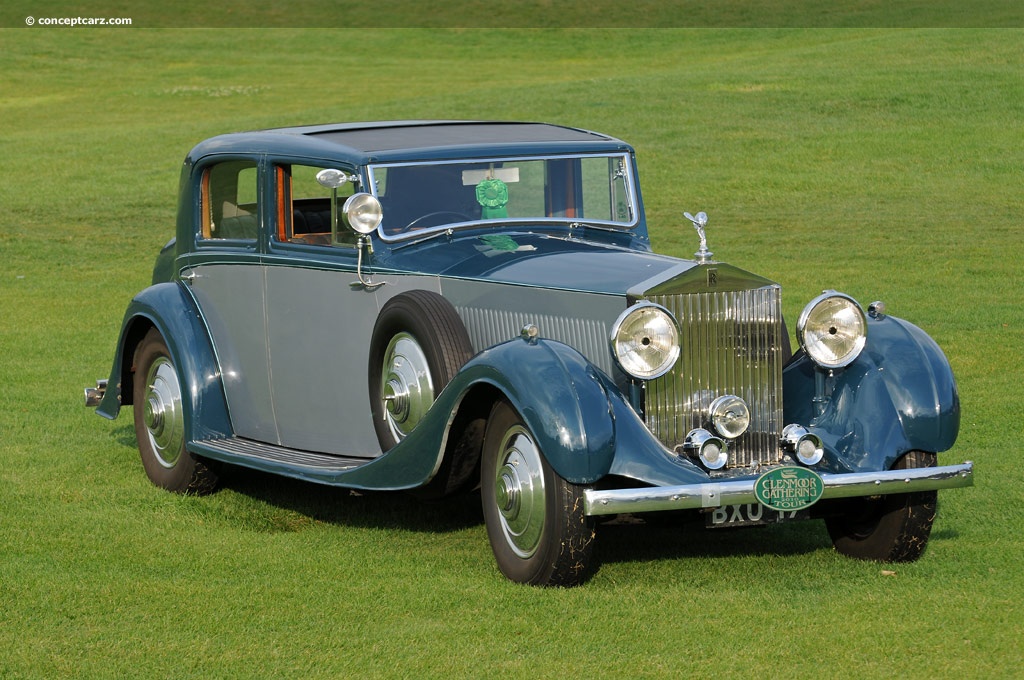 The Phantom II replaced the New Phantom in Rolls-Royce's offerings in 1929. The Rolls-Royce Phantom II was the last of the great six-cylinder cars whose development from first draft to completion had entirely been supervised by Mr. F. Henry Royce hi....[continue reading]

There is competition even amongst the most luxurious automotive manufacturers. In some ways, there is perhaps even more competition than there is in mass produced automobiles. At the time Rolls-Royce introduced its Phantom II, the Phantom I had only ....[continue reading]

This Rolls-Royce Phantom II Fixed Head Coupe wears coachwork by Hooper & Co. Chassis 70 TA was originally dispatched to Hooper on January 10th of 1935 and was expected to be completed in early March. It was finished in black with a brown mid-section.....[continue reading]

This is the last Phantom II drophead built and was shipped February 22, 1935. It is fitted with Binder, 3-position convertible coachwork. It is the last chassis in the TA series, therefore, incorporates all of the improvement to the series.....[continue reading]

Chassis number 58UK is a late example and the 13th away from the final car built on the long chassis. It was built with Sedanca de Ville coachwork by Barker & Co for Rt. Hon. Lady Astor. It has a number of stylistic flourishes typical of this late se....[continue reading]

This Rolls-Royce was ordered on August 14, 1934 by the British coachbuilder Windovers of 62 Conduit Street, London W1. The invoice was made out on January 14, 1935. The balance was paid on January 23, the day Rolls-Royce delivered the chassis to Wind....[continue reading]

Chassis #76UK was one of the last Phantom IIs made. It was the last Phantom II imported into the United States. This car represents the end of an era, its lineage goes all the way back to the 1907 Silver Ghost. The Town Car coachwork is by Brewster w....[continue reading]

This Phantom II short-chassis Continental Streamlined Coupe is one of five PII Continentals exported to India and the last of the 280 Continentals built by Rolls-Royce. The chassis was sent to Gurney Nutting on behalf of the Maharaja of Jodhpur who s....[continue reading]