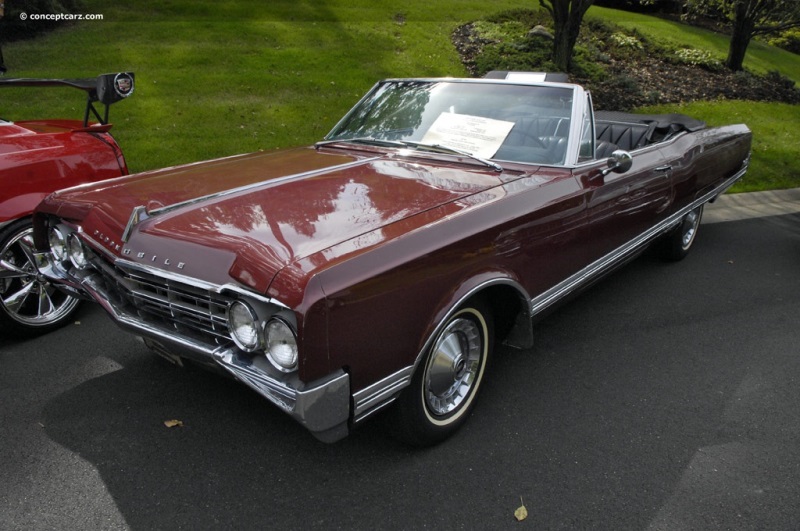 The 1965 Oldsmobiles received new styling with the Ninety-Eight continuing to be the top-of-the-line model. Oldsmobile's lineup included both six- and eight-cylinder engines and a vast array of body styles that included coupes, sedans, convertibles, and station wagons.

Body styles on the 98 included a sports coupe, town sedan, Luxury sedan, Holiday Hardtop, and a convertible. Prices ranged from $2,200 for the Sports Coupe and rose to $4,500 for the convertible. The most popular body style was the Luxury Sedan with 33,591 sales, followed by the Holiday Hardtop with 28,480 sales. The convertible was the most exclusive with 4,903 sales.
by Daniel Vaughan | Aug 2020

This 1965 Oldsmobile 98 Convertible is powered by a freshly rebuilt 425ci V-8 that produces 360 horsepower. There is an automatic transmission and a wheelbase that measures 126-inches. This model is finished in Target red and features a black leath....[continue reading]