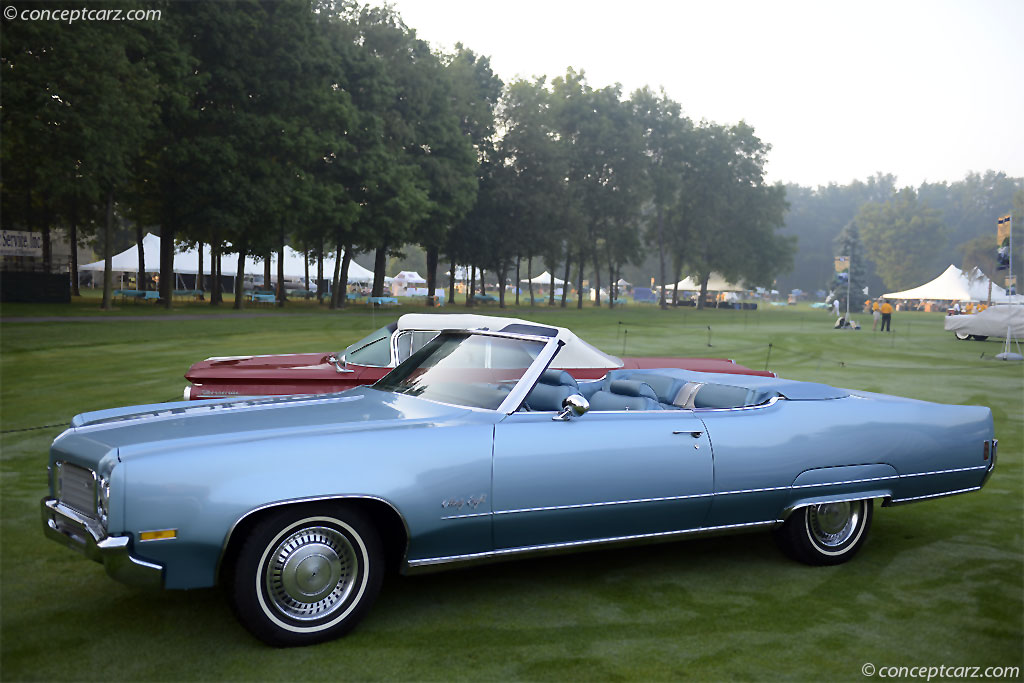 The 1970 Oldsmobile Ninety-Eight was the largest in the lineup, with a wheelbase that measured 127 inches (3 longer than the Delta 88 and 15 inches longer than the Cutlass, 4-4-2, and F-85 two-door models). The Ninety-Eight measured 225.2 inches long and weighed over 4,400 lbs. Power was supplied by a large (and heavy) overhead valve 455 CID V8 engine with a cast-iron block. It offered 365 horsepower and was mated to a Turbo-Hydramatic 400 transmission. The 98 was a luxurious vehicle with many amenities including power seats, power steering, power brakes with front discs, power windows, and a Deluxe steering wheel. They also had an electric clock and full wheel discs. The interior was comprised of vinyl, cloth or leather. Body styles included a 2-door Holiday Hardtop, convertible, sedan, 4-door luxury hardtop, 4-door Holiday Hardtop, and 4-door Town Sedan. Pricing began at $4,450 and rose to over nearly $4,800.

In 1941, Oldsmobile introduced the top-of-the-line 98 model. From that point on, the 98 would represent the pinnacle of Oldsmobile luxury. For years, the Oldsmobile 98 would exemplify what a General Motors luxury car was all about. Featuring the long....[continue reading]