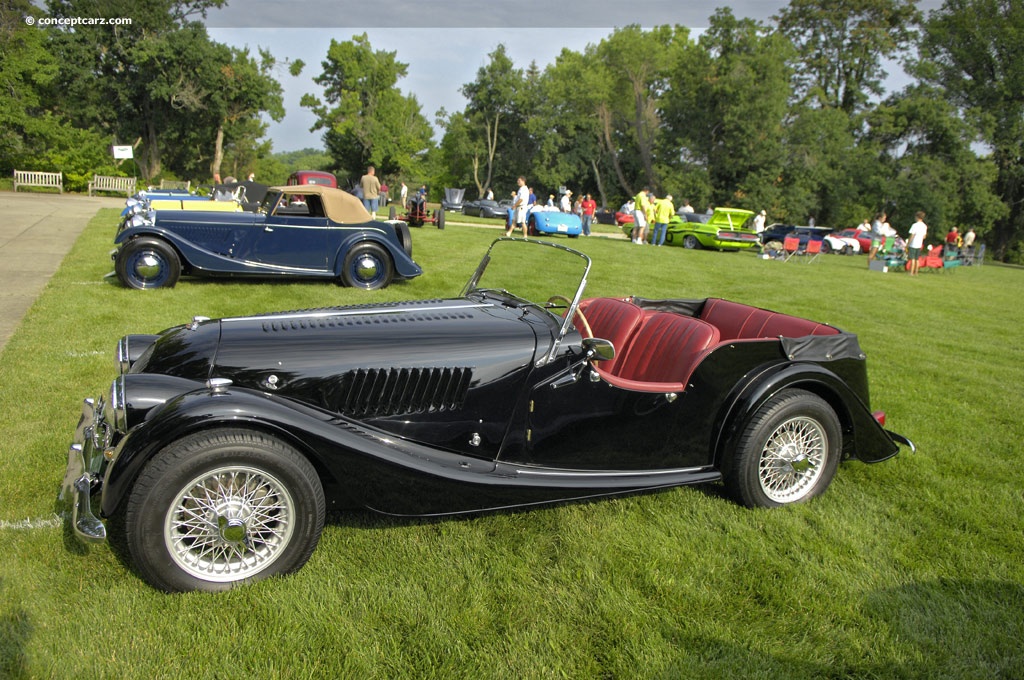 Production took a break during World War II, but later resumed. From 1946 through 1950, 2490 more examples were constructed and used a Standard Special 1256 cc. overhead cam engine producing 38.8 horsepower. A Moss transmission was used in place of the Meadows gearbox. The four-seater and drophead coupe option were still available. During the 1946 to 1950 time frame, 140 four seaters and 106 DropHead coupes were produced.

In 1949, when the 1267 cc was no longer available, Morgan began using a Vanguard 1.8 litre engine and introduced to the public the 'Plus Four'. Eventually, a 2080cc Vanguard engine produced 68 horsepower was used. The front suspension was improved, the frame was strengthened, and Girling hydraulic brakes were fitted on all four corners. The top speed was 85 miles per hour with a zero to sixty time of 17.9 seconds. Priced competitively, the Plus Four was an instant success.

The Morgan 4/4 has stood the test of time. The light and sturdy frame matched with some impressive power plants have made the vehicle practical, cost competitive, and fun to drive.
By Daniel Vaughan | Sep 2009

The Morgan Plus 4 was introduced in 1950 and initially came powered by the Standard Vanguard engine. It retained the traditional chassis layout however the frame underwent extensive alteration, gaining both wheelbase and track dimensions. It was give....[continue reading]

This Morgan was leased to the production company that produced 'War of the Roses'. After being used and later 'crushed' in the film it was returned to Morgans East. Bill Caruso purchased the crushed car and restored it over a two year period t....[continue reading]

The Morgan body shape maybe traditional but underneath it the frame is not. It uses ash (wood) in the construction and the car's sliding pillar front suspension adds to its unique approach. Not surprising then that at a curb weight of 1848 lb, its Tr....[continue reading]