After 1900, the most popular vehicles no longer looked like horse-drawn carriages. Instead, the new front-engine vehicles were compared to train locomotives. The Penn 30 has many of the features common to touring cars of its time; a long sleek design, large chassis and the ability to seat many passengers. The touring car dominated the automobile industry from 1905 until the early 1920s.

The Penn 30 has local origins. It was built by the Penn Motor Car Company is a factory on Thomas Boulevard in Pittsburgh, a few blocks from the Frick Art & Historical Center. Advertising for the vehicle boasted that it was, 'the best at any price,' but this statement did not hold sway. The company only produced cars for two years, from 1910-1912.Source - Frick Car Museum

Built in Pittsburgh, PA, in 1911 by the Penn Motor Car Company and was designated as Model R.F. and advertised as the Penn Pirate. The car, minus windshield, top, trunk and spare tire, sold for $1,000 F.O.B. Pittsburgh, PA.The engine is a Buda with a stroke of 5.25-inch and bore of 3 7/8 rated at 30 horsepower. The transmission is a three-speed selective with standard shift. Timken rear and internal emergency brakes and external foot brakes, coil and magneto made by Briggs. It has a plunger type oil pump. The tire size is 34 x 4.25 inches with 23-inch wheels, acetylene headlights and kerosene tail and side lamps. It is fitted with a siphon cooling system. It has a top speed of 55 mph and can cruise all day at 45 mph.The car was completely restored by the owner in 2006. 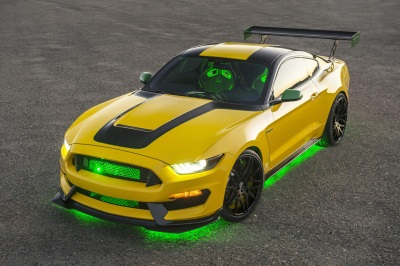 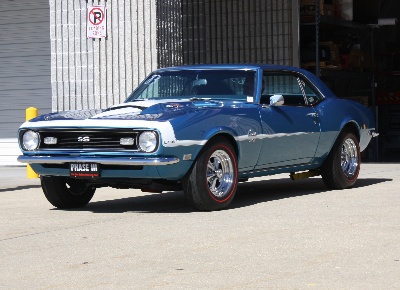 WHAT IS A DEALER SUPER CAR In the muscle car world, the term Dealer Super Car has specific and very important meaning. There are basically two distinct types, one considerably more valuable and desirable. Original Dealer Built Super...