LAS VEGAS – At this week's annual SEMA Show, Chevrolet will showcase how new designs, technologies and accessories can inspire aftermarket customizers to elevate the driving, visual and environmental appeal of the brand's new products.

Chevrolet's SEMA exhibit will introduce a new concept for a cohesive design approach to Chevy accessories and the best of the aftermarket, with a trio of show cars featuring the brand's new family of small cars. The Z-Spec Concept represents Chevrolet designers' ideas for a potential line of accessories, and will be showcased via concept versions of the all-new 2011 Chevy Cruze compact, as well as the new Volt extended-range electric vehicle and the future Chevy Spark minicar.

Chevrolet will debut concepts that extend the design and performance attributes of its performance cars, with a series of Camaro and Corvette concepts, including show cars emphasizing new expressions of each car's track capabilities. Chevrolet will announce two new special edition models for Camaro that will be produced in 2011, the Camaro Synergy Series 2011 and XM Accessories Appearance Package.

'SEMA 2010 provides an ideal platform to Chevy to showcase new products like the all-new Cruze compact and the revolutionary new Volt,' said Chris Perry, vice president of Chevrolet marketing. 'Car and truck enthusiasts have a natural connection to Chevrolet, and we intend to extend that with new design concepts and accessories aiming to make our products even more inspiring to customizers.'

GM Performance Parts will use SEMA as a platform to expand its series of E-ROD crate engines, the only high-performance V-8 engines that are designed to meet new emissions regulations being enacted in many states for vintage and classic cars.

Chevrolet's press conference at SEMA will be Tuesday November 2 at 11 a.m. PST The SEMA Show is Nov 2-5 at the Las Vegas Convention Center.Source - Chevrolet 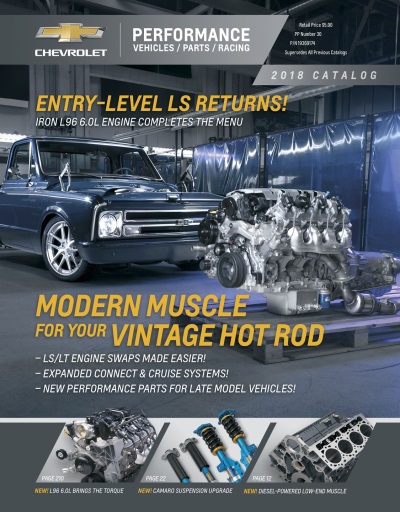 LAS VEGAS — With nearly 50 years of helping enthusiasts build the cars and trucks of their dreams, Chevrolet Performance offers the industrys largest portfolio of O.E.M. performance crate engines. The... 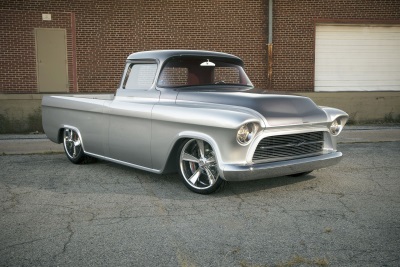 Tracing the most coveted vintage Chevy trucks sold at Barrett-Jackson auctions DETROIT ― As vintage Chevrolet trucks increase in popularity with enthusiasts, more trucks are going up for... 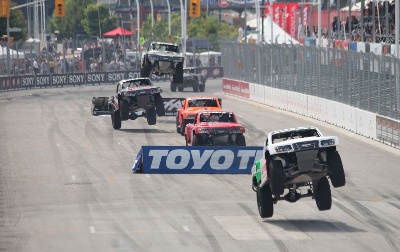 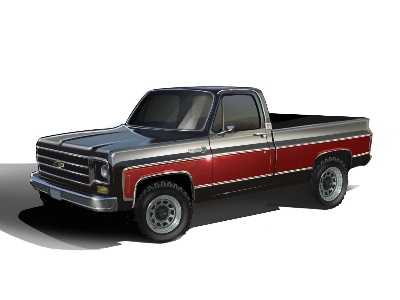