Honda (ÚK) and MÚGEN Euro have revealed the first official photographs of the CR-Z MÚGEN - the higher-performance hybrid coupe.

Development of the supercharged Honda CR-Z is on track, with performance figures already looking promising.

Early tests with a prototype car based on a standard CR-Z and a mid-tune engine have given 0-60mph times around that of the Civic Type R.

After a further 15 per cent increase in power over this 'stage 1' engine and with over 50kg reduced from the chassis, overall performance is set to meet MÚGEN's original targets.

'Early fuel consumption tests have also been encouraging,' says Colin Whittamore from MÚGEN Euro. 'We've retained the three driving modes from the standard car and economy ranges from 50+mpg in 'eco' mode to mid-30 mpg when tapping into the supercharged power in a special 'MÚGEN' mode.'Source - Mugen

About the Honda CR-Z

'The CR-Z is a personal sport hybrid coupe for people with a spirit of adventure and an elevated sense of responsibility toward the environment,' said John Mendel, executive vice president of sales for American Honda. 'It's the first hybrid designed to maximize style and fun, in addition to efficiency and economy.'

The futuristically styled interior offers a high-tech appearance and ergonomically intuitive controls. Instrument panel meters illuminate with a three-dimensional, vibrant blue color theme resulting in a multi-layered appearance. Set against a motif of textured black materials and aluminum-style trim accents, the upper portion of the dashboard extends toward the driver to provide a wrap-around cockpit environment. The passenger zone offers an open, comfortable space. Premium sport-oriented cloth seats are designed to provide excellent lateral support along with everyday driving comfort. A mid-ship console behind the front seats optimizes cargo space. A hard-shell separator can be closed to create additional hidden storage. 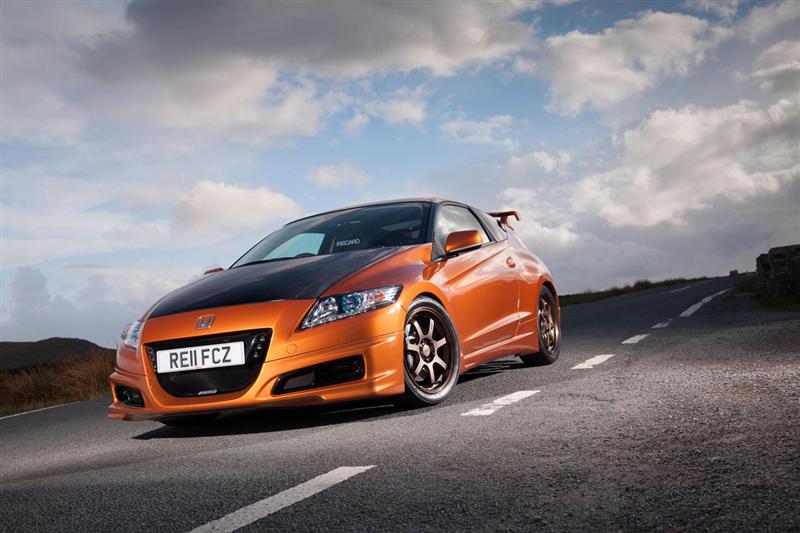 The CR-Z represents the sixth unique version of Honda's original IMA technology since the launch of the 2000 Insight, the first hybrid vehicle available in North America in December 1999. The foundation of the CR-Z's hybrid powertrain is a 4-cylinder, 16-valve, single overhead cam engine with 'intelligent' Variable Valve Timing and Lift Electronic Control (i-VTEC) that receives additional power from the IMA system's DC brushless electric motor. The i-VTEC system controls the opening and closing of one intake valve per cylinder to enhance combustion at low RPMs. The 10-kilowatt electric motor assists in acceleration and also acts as a generator during braking or coasting to capture kinetic energy that recharges the 100-volt IMA nickel-metal hydride battery pack. The gasoline engine can automatically turn off during vehicle stops to improve efficiency.

The system delivers a combined peak output of 122 horsepower2 at 6,000 rpm and 128 lb-ft. of torque2 at 1,000 to 1,500 rpm (123 lb-ft on CVT-equipped models). Preliminary fuel economy estimates are anticipated to result in a rating of 36 city/38 highway miles per gallon3 on CVT-equipped models. Manual transmission models are anticipated to achieve an EPA-estimated fuel economy rating of 31 city/37 highway miles per gallon3. The CR-Z is rated as an Advanced Technology Partial Zero Emissions Vehicle (AT-PZEV) in states that adhere to California Air Resource Board (CARB) ZEV standards (EPA Tier 2, Bin 2 in all states).Source - Honda 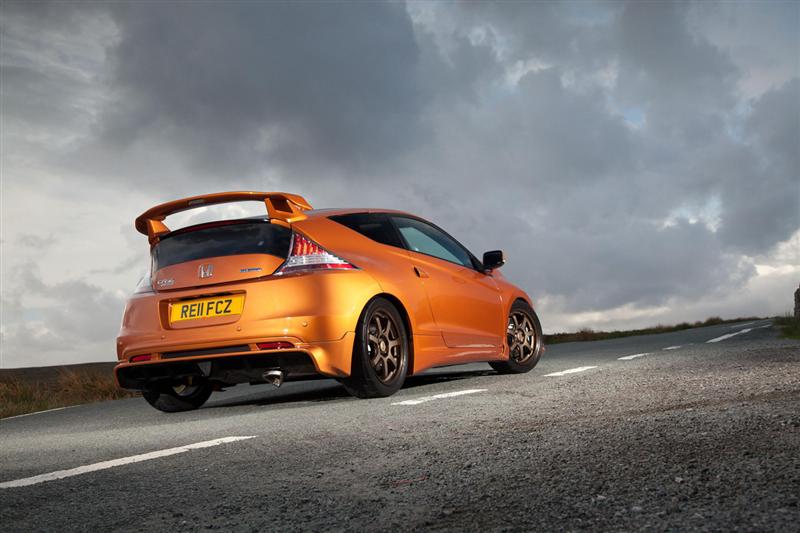 At the GOODWOOD FESTIVAL OF SPEED taking place in the Únited Kingdom, beginning with the moving motor show on June 30th, and the festival itself from July 1st to 3rd; MÚGEN, consisting of the Japanese company, M-TEC Co., Ltd, and its ÚK subsidiary MÚGEN Euro Co., Ltd, announced the World debut for two concept models, 'Honda CR-Z MÚGEN RR Concept,' and 'MÚGEN CR-Z Concept.' These two concept models should be categorized as 'Design Study Model' and 'Performance Concept Model' under the totally different themes. MÚGEN has taken the knowledge and experience gained at racing fields and through development of tuning parts, and applied them to the models. Also special thought toward CR-Z which helped MÚGEN to create new category is embodied into them. 'Honda CR-Z MÚGEN RR Concept' 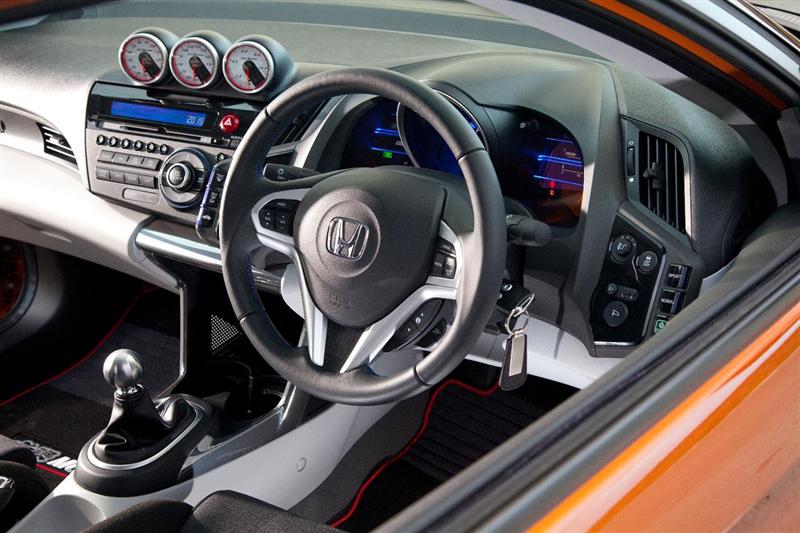 Honda CR-Z MÚGEN RR Concept adopting 'RR' as its name which represents MÚGEN racing sprit needs to be regarded as totally different CR-Z. MÚGEN introduces this vehicle as a study model which the future design MÚGEN envisions is reflected on. As exclusive exterior parts, front aero bumper, front aero fender, side spoiler, rear aero bumper, rear wing, 18' wheels are developed. MÚGEN never compromise their material and design. With help of those parts, the vehicle itself has a presence like super sports car without being possessed with stereotype HYBRID vehicle image. As for interior, orange is selected as a basic color and various carbon parts are installed and which could appeal to driver's sense. This is the very model which MÚGEN, having worked with Honda in racing filed and developed parts for Honda mass production models and furthermore knows every details of Honda, can create. 'MÚGEN CR-Z Concept' 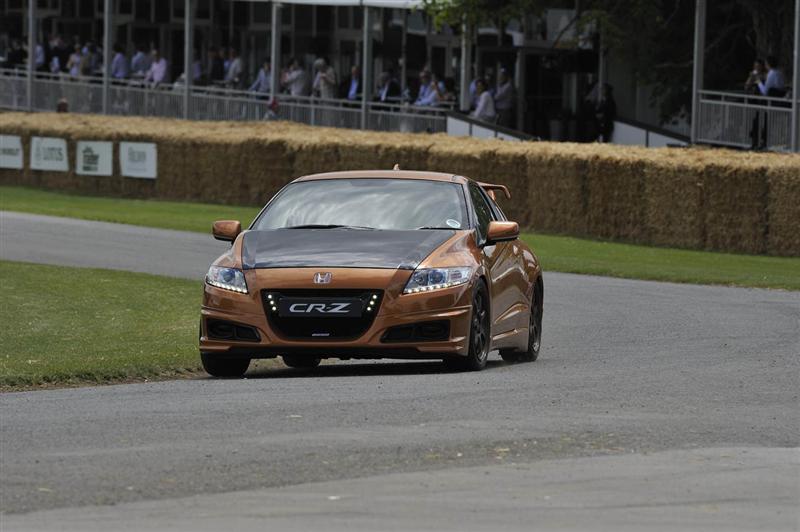 MÚGEN CR-Z Concept is a performance concept model created through as a collaborative programme between Honda (ÚK) and MÚGEN.
Adopting a super charger and thanks to the powertrain managed by an unique 'MÚGEN iCF System,' 200ps/22.0kg-m is accomplished. Making the most use of advantages of the super charger and IMA system, MÚGEN enables the output characteristic to give flat power and torque curves throughout the rpm range to improve drivability on any streets and contribute to fuel efficiency well-balancefully. Weight-saving is also challenged in order to improve handling and acceleration performance which increased output cannot accomplish. Furthermore, due to the adoption of carbon composites for the bonnet and doors and the removal of the rear seats, and adoption of full bucket seats, MÚGEN has achieved a reduction of over 50kg compared to the OE package, which gives an improved power to weight ratio of 5.4 kg/ps, compared to 9.1 kg/ps (OE), and its time record is quite close to that of CIVIC TYPE R (FN2) at 0-100km/h acceleration test. For the brake system being capable of power upgraded by 50% compared to that of OE, monoblock opposite 4 piston caliper is adopted, which enables a driver to drive at a corner comfortably in spite of 200ps power. Furthermore, MÚGEN original 5 ADJ. suspension is adopted and exclusively tuned considering power, weight balance, and brake performance. The MÚGEN CR-Z can be seen in action twice-daily at the GOODWOOD FESTIVAL OF SPEED.Source - Mugen 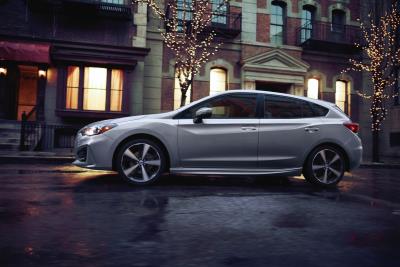 Loaded with value all-new 2014 Fiat 500L arrives to FIAT studios this June with a starting price of %2419,100 and four well-equipped models Leveraging taking the FIAT brands DNA, the all-new Fiat 500L expands the appeal of the iconic 500 while add...
© 1998-2020. All rights reserved. The material may not be published, broadcast, rewritten, or redistributed.