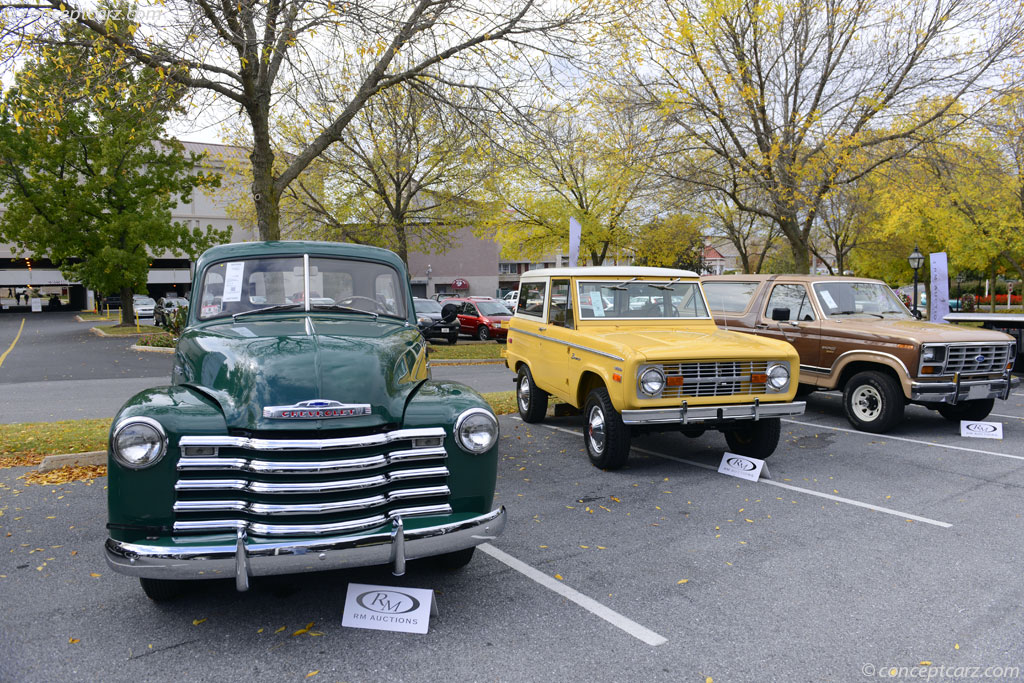 The Chevrolet 3100 Pickup, or the Advance Design series was General Motors' first major redesign following World War II. Delivering a design that was rougher and tougher and more durable than previous designs, the 3100 was much more updated. Launched in June of 1947, these trucks continued in production until March of 1955. The Task Force Series trucks replaced the Advance Design model. From 1947 through 1955 Chevrolet trucks were ranked number one in sales in the U.S. The 3100 Pickup came in three sizes, the half, three-quarter, and full ton capacities in both long and short wheelbases.

The first year it arrived, the 3100 pickup had hood side emblems that read 'Chevrolet' with 'Thriftmaster' or 'Loadmaster' under it. There weren't any vent windows in the doors and the gas tank filler neck was on the passenger side of the truck bed. For 1948 the manual transmission shifter was relocated to a mounted column rather than the floor. The following year the gas tank was moved to a mounted upright area behind the seat inside the cab, filler neck aft of passenger door handle. Another big update for this year were the new designations of 3100 on ½ ton, 3600 on ¾ tons and 3800 on 1 ton which designated cargo capacity and took the place of the 'Thriftmaster' or 'Loadmaster' hood side emblems.

In 1950 the 3100 Pickup received telescopic shock absorbers, which replaced the previous lever-action type. 1950 would be the final year for the driver's side cowl vent, and the handle was no longer the maroon knob but flat steel. New serial number codes this year were HP ½ top, HR ¾ ton, and HS 1 ton. The following year vent windows were finally added to the doors. Halfway through 1951 the 9-board bed was replaced with 8 boards per bed. This would be the final year for chrome window handle knobs and wiper knobs. The 80 MPH speedometer would also be removed. For 1951 the new serial number codes were JP ½ ton, JR ¾ ton and JS 1 ton.

For 1952 the outer door handles became the push button type instead of the turn down style previously. The earlier 80 mph speedometer was replaced with a 90 mph one. Other changes this year included new dashboard trim instead of chrome and maroon wiper and window knobs. Chevrolet dropped the 3100-6400 designations on the hoods and new serial number codes were KP ½ ton, KR ¾ ton, & KS 1 ton. 1953 would be the year the hood side emblems read only '3100' '3600', '3800', '4400', or '6400' in large prints. It was also the final year for the 216 in³ inline-six engine and wood blocks as bed supports. The door post ID plate was now blue with silver letters instead of black with silver letters. The new serial number codes for 1953 were H ½ ton, J ¾ ton, & L 1 ton.

1954 would be the year for big design updates for the 3100 pickup. No longer using a center vertical dividing strip, the windshield was now a curved one-piece glass shield. Interior changes included an updated dashboard and steering wheel. On the outside the taillights were made round rather than rectangular and the cargo bed rails, which had been angled, were now horizontal. Dubbed a 'bull nose' grille, the 3100 grille went from five horizontal slats to crossbar design like modern Dodge truck grills. Parking lights were incorporated into the grille and the grille could be ordered in chrome for an addition price, an option that was rarely ordered. For the first time Hydramatic automatic transmission was now available as an added option and torque tub drive still remained. Powering the 3100 was the new 235 in³ straight-6 engine with higher compression, insert bearings, and high-pressure lubrication. The engine had first been introduced on Powerglide-equipped passenger cars in 1953. Serial number codes remained the same this year.

The only changes in 1955 were updated hood-side emblems and the enclosed torque tube replaced with modern open driveshaft. Serial number continued the same as before.

In mid-1947, Chevrolet and GMC introduced their 'Advanced Design' trucks, which featured modern styling, a larger cab, more comfortable seating, and better visibility. They had stronger frames and a new grille that had five horizontal bars and rectan....[continue reading] 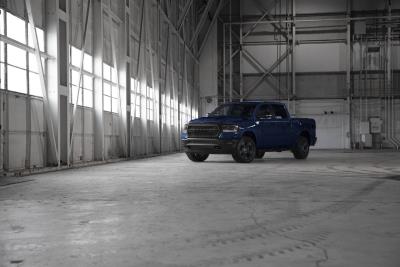