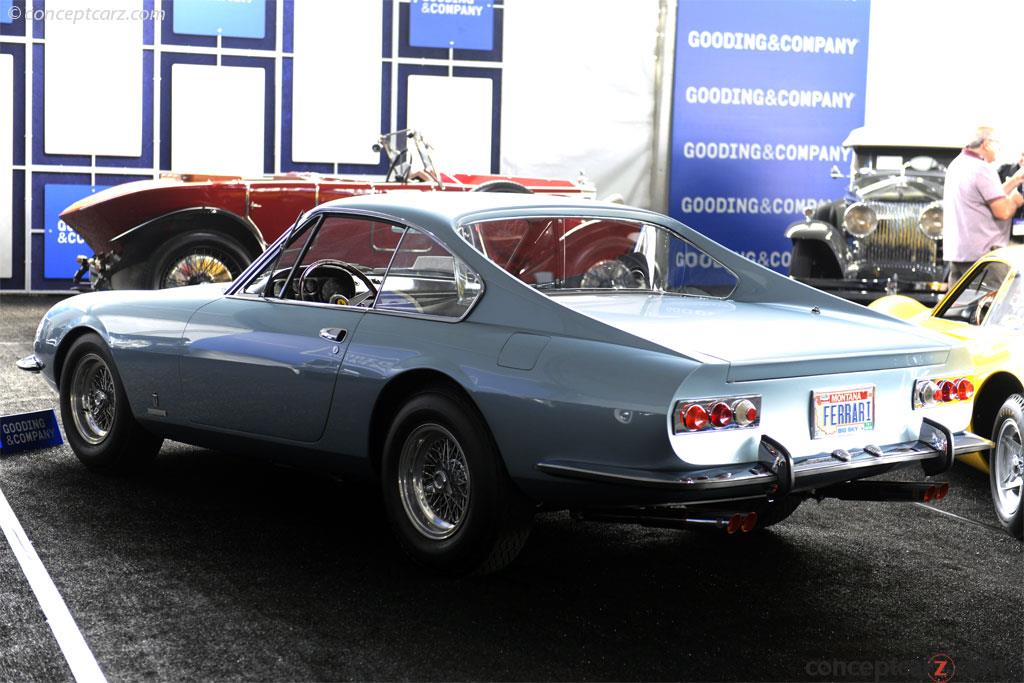 There were around 600 coupes and 100 spyders produced during the production lifespan. In 1968 they were replaced by the 365 GTC/4 Daytona.
By Daniel Vaughan | Oct 2006The Ferrari 330 series belonged to a long line of Ferrari road cars with front-mounted V12 engines, cars that were members of a bloodline whose history is still being written by the 612 Scaglietti and 599 GTB Fiorano. The 330's name derived from the then-familiar Ferrari practice of naming cars for their per-cylinder displacement in cubic centimeters, indicating that the engines used to power this series of cars displaced a total of 12x330cc, or about four liters. Preceded by the 275 and replaced by the 365, the 330 was caught right in the middle of a glorious era for Ferrari road cars.

Four examples of the custom-bodied Ferrari 330 GTC Speciale were built by Carrozzeria Pininfarina. These hand-built Speciales were given custom coachwork that rested on the Ferrari 330 GTC gran turismo platform. ....[continue reading]