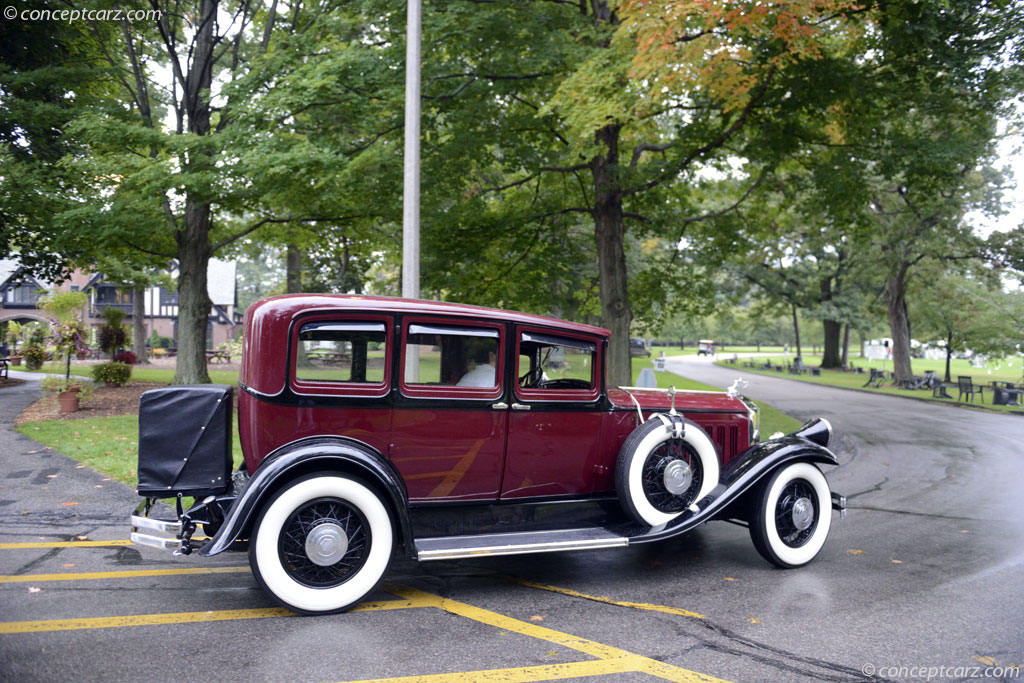 In 1929, Pierce-Arrow launched two new cars available on two wheelbase sizes, measuring 133- and 144-inches. Various body styles were available on top of these chassis and sales reached 9,700 examples for the Company, their best year to date. The names of these two newly introduced cars were the Series 133 and Series 144, due to their wheelbase sizes. Under the bonnet was an inline eight-cylinder engine with side-valve technology and nine main bearings. Horsepower was exceptional, measuring 125 from the 365.4 cubic-inch powerplant. The engine was mated to a three-speed manual gearbox that powered the rear wheels.

As the economic turmoil of the late 1920s and early 1930s began to show its ugly head, most luxury marque's seemed oblivious to the fact and continued to introduce large and expensive automobiles powered by mammoth engines. The pool of potential customers dwindled and many marques were forced to go the way of the dinosaur. Sales for Pierce-Arrow plummeted to 6,795 for 1930, and 4,522 for the following year. These slow sale figures seemed to fuel Pierce-Arrow's desire to continued in the luxury car market, and they introduced an improved Eight model, followed by a side-valve V12 engine in 1932.

In 1933, Studebaker who had purchased Pierce-Arrow a few years prior, was forced to sell Pierce-Arrow. The company was purchased by a group of Buffalo-based investors and Pierce continued to create and sell automobiles until 1937. The Packard Company was managing to stay afloat by creating a lower-cost line that appealed to a broader market segment and had increased revenue and sales.
by Daniel Vaughan | Jul 2007
Vehicle Profiles

Pierce-Arrow introduced the lower-priced Series 80 models to help render their poor financial health. Sadly, it did not provide the financial assistance they were seeking. A new plan was needed; more specifically, new models were required. With li....[continue reading]

This Model 133 Roadster was treated to a complete restoration in the mid-1960s. It was acquired in the late 1960s by the Harrah Collection and originally owned by Adolphus Busch, co-founder of the Anheuser-Busch breweries, and was used at his winter....[continue reading]

By 1928, despite the relative popularity of the medium priced Series 81, Pierce-Arrow still remained in poor financial health. Clearly, new models were needed, but with little money available for development, the short-term solution was a business al....[continue reading]

In 1928, the Studebaker Corporation of South Bend, IN purchased controlling interest in Pierce-Arrow. While engineering and manufacturing remained separate, the merger provided the firm with much-needed capital. A new era for Pierce-Arrow was ushered....[continue reading]

The new Pierce-Arrow 'eight,' introduced for 1929, weighed 100 pounds less than the prior T-head six-cylinder unit it replaced and delivered 25 percent more power from a 12 percent smaller displacement. Prices began at $2,755, making it even less exp....[continue reading]

With financial resources in limited supply due to the Great Depression, one short-term solution for Pierce-Arrow was a 'business alliance' with cash-rich Studebaker, whose president, Albert Erskine, had long desired to offer a true luxury model. This....[continue reading]

The Pierce-Arrow Company had been launched in 1901 and by the late 1920s was experiencing financial difficulties in a changing marketplace. The Company merged with Studebaker in 1928 and the result of the merger became obvious almost immediately.....[continue reading]

Pierce-Arrow built cars of uncompromising quality from 1901 through 1938.....[continue reading]

Ray Rumford discovered this Pierce-Arrow Model 125 Roadster on a ranch in central Oregon. Mr. Rumford contacted Sam Merrell, who purchased the car and brought it to Beaverton, Oregon, and put it in storage until 1993. The former owner of the car tran....[continue reading] 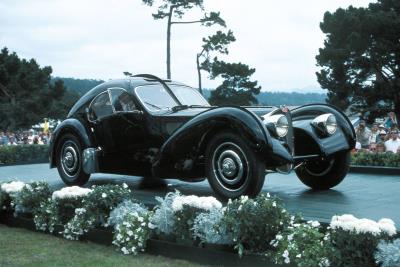