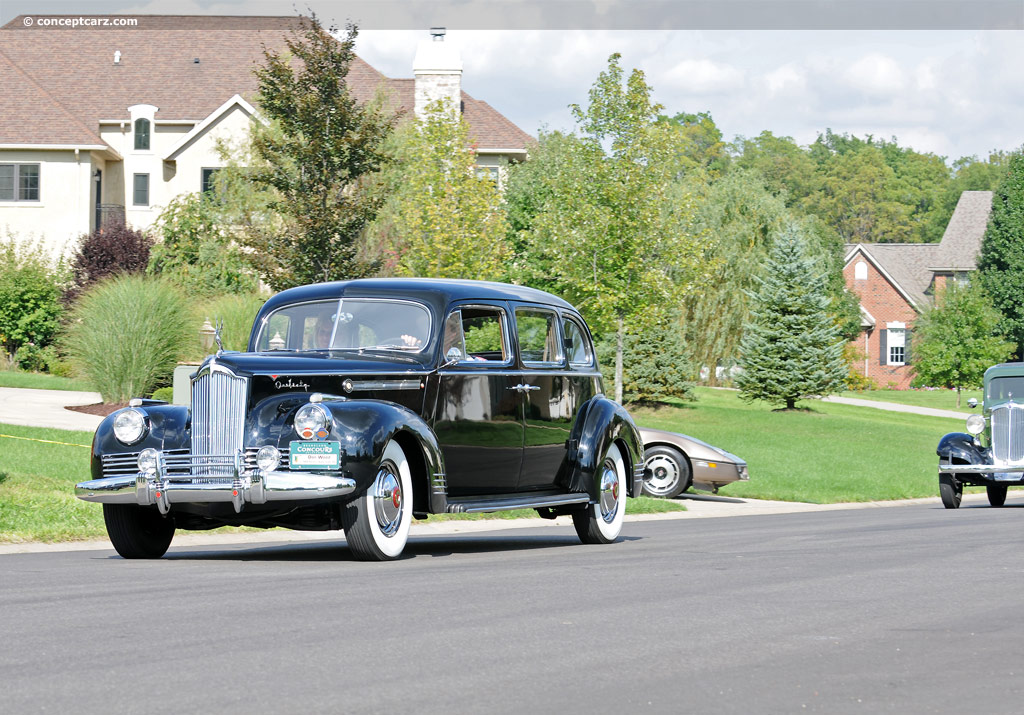 Due to the economic turmoil of the early 1930's many manufacturers struggled financially during this period. One of the most devastated areas was the luxury car segment as the pool of potential buyers dwindled even further causing competition to rise quickly. This was true for Packard who saw their Junior Series of cars grow in popularity while their Senior Series suffered. By the start of the 1940's the company was under the direction of George Christopher who continued to further distinguish the Junior and Senior series. The entry level Packard's cost around $700 while the top-of-line offerings would set the buyer back $6000. This was a small fortune at the time and a very expensive price that only few could afford. The top-of-the-line vehicles were the 180 Series with coachwork done by custom coachbuilders. Later, the Seniors were renamed to the Super Eight 160 and the Custom Super Eight 180. They were outfitted with the new 160 horsepower engine which was adequate enough to keep these rolling luxury machines moving along at a comfortable pace on the road ways.

The Series were distinguished by a number of visual items such as the hubcaps and hood louvers. The One-Sixty also featured the 'flying lady' mascot while the One-Eighty carried the cormorant.
by Daniel Vaughan | Nov 2007
Vehicle Profiles

Due to the outbreak of World War Two, automobile production was halted for 1942. Approximately 2,580 Super Eight 160 series Packards were produced before the assembly lines shut down. The 1942 160 Super Eight series was powered by Packard's famous 35....[continue reading]

By 1940, Packard's model line had come to include the 110, 120, 160 and 180. The Packard Twelve had been discontinued, as demand had fallen off considerably. It was replaced, however, with a 160-horsepower engine that proved to be very capable of fil....[continue reading]

1942 Touring Sedan
© 1998-2020. All rights reserved. The material may not be published, broadcast, rewritten, or redistributed.