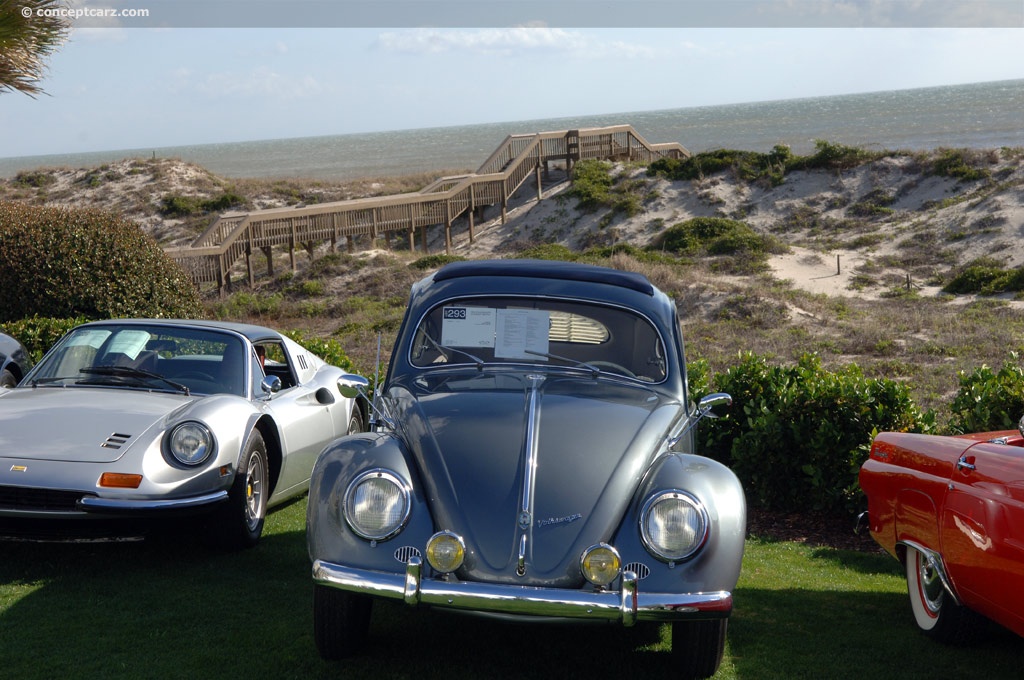 This 1954 Volkswagen Oval Window was offered for sale at the 2007 Christies auction of 'Exceptional Motor Cars at the Monterey Jet Center.' It is finished in Stratos silver with fish gray cloth interior. Power comes from the four-cylinder engine wit....[continue reading]